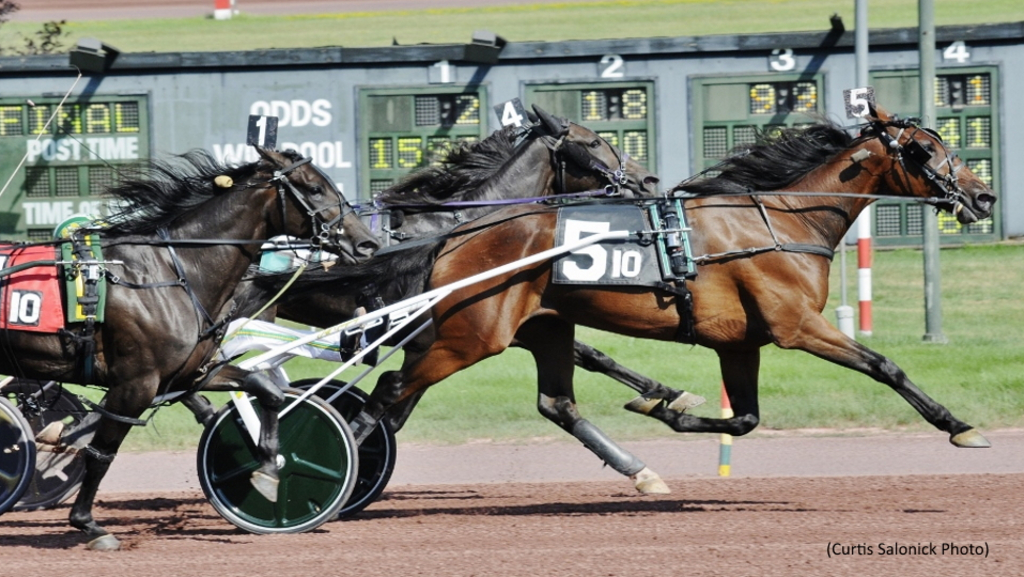 Dribbling Bi established early command in the $15,000 trotting feature on Monday afternoon at The Downs at Mohegan Sun Pocono, then kept the lead to the wire while lowering his mark to 1:56.

The sophomore Cantab Hall gelding was three-wide early as Argento to his immediate inside made the lead on the first turn, then went up in the two-path to take over the racetrack before the :27.4 quarter. Trainer/driver Jeff Gregory was able to give the favoured three-year-old a breather to the half, reached in :58, then accelerated the throttle as second choice In A Tiny Way started up to challenge towards the 1:26.4 three-quarters.

In A Tiny Way proceeded on gamely, but it was Argento who gave Dribbling Bi the hardest time in stretch, scoring over the potential pocket rocket by half a length, with In A Tiny Way another neck back in third.