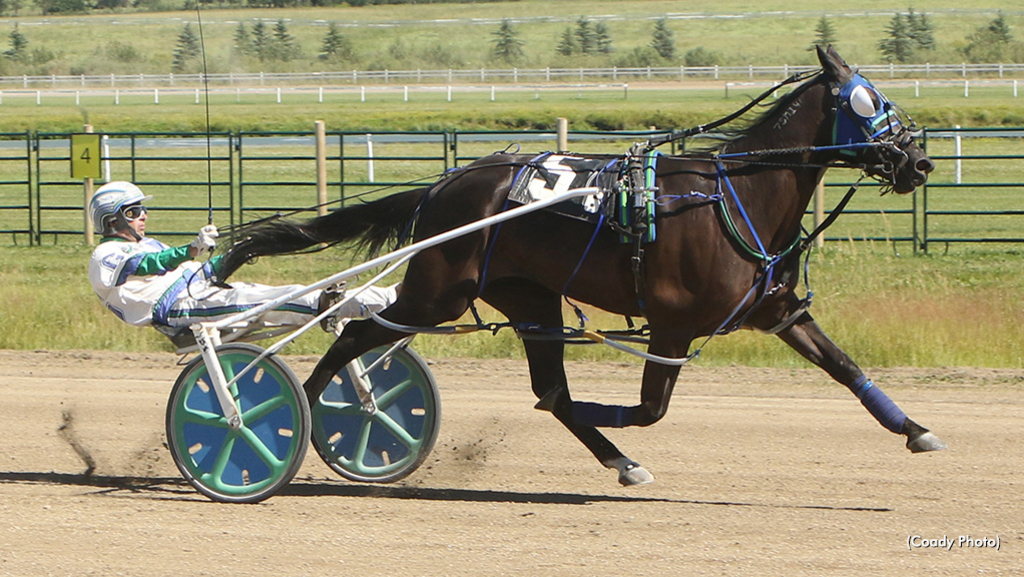 The four-year-old Blue Burner stallion Shir Gain grabbed the lead early and blazed over the dirt to lower the record at The Track On 2 on Sunday afternoon (Aug. 7).

Trainer/driver J. F. Gagne swept to the top from post five to a :28.2 first quarter and faced minimal pressure to a :57.4 half before speeding home through the remainder. He accelerated to three-quarters in 1:25.4 and widened his advantage through the lane to best Bohannon by 6-1/4 lengths while stopping the clock in 1:53.4. The time beats the previous record for aged stallions of 1:55 set by Bad Blood back in August of 2020.

Shir Gain is a homebred for Gagne along with Peter Van Seggelen and Carl Warnaar. He's now won three races from 36 starts and earned $19,343. In his track record performance, he paid $4.90 to win.

Sunday's card also continued the Funky Monkey Conditioned Claiming Series with a single $4,100 dash for the second preliminary that went to Captain Fireball in 1:56. The even-money favourite raced seventh and well off the speed set by Mystery Prince. Prompted by Litizor to his outside, Mystery Prince posted splits of :28.4, :57.2 and 1:26.4 before folding around the final turn. Trainer/driver Dave Kelly meanwhile had Captain Fireball revving off a helmet from fourth over and vaulted home to win by 2-3/4 lengths over Nicotime while Litizor held third and Sky Walker finished fourth.

Captain Fireball competes for owner Pick 6 Stable. The four-year-old gelding by Captaintreacherous won his sixth race from 22 starts and has now earned $25,245. He paid $4 to win.

Towards the tail of the program, trainer Brinsley Brooking Lutz won the first race of her career. In her seventh start, her trainee Oriental Express persisted through a first-over grind to land a nose decision in a $5,700 pace in 1:54.1 as the 2-1 second choice, and she received the obligatory celebratory shower after the race. 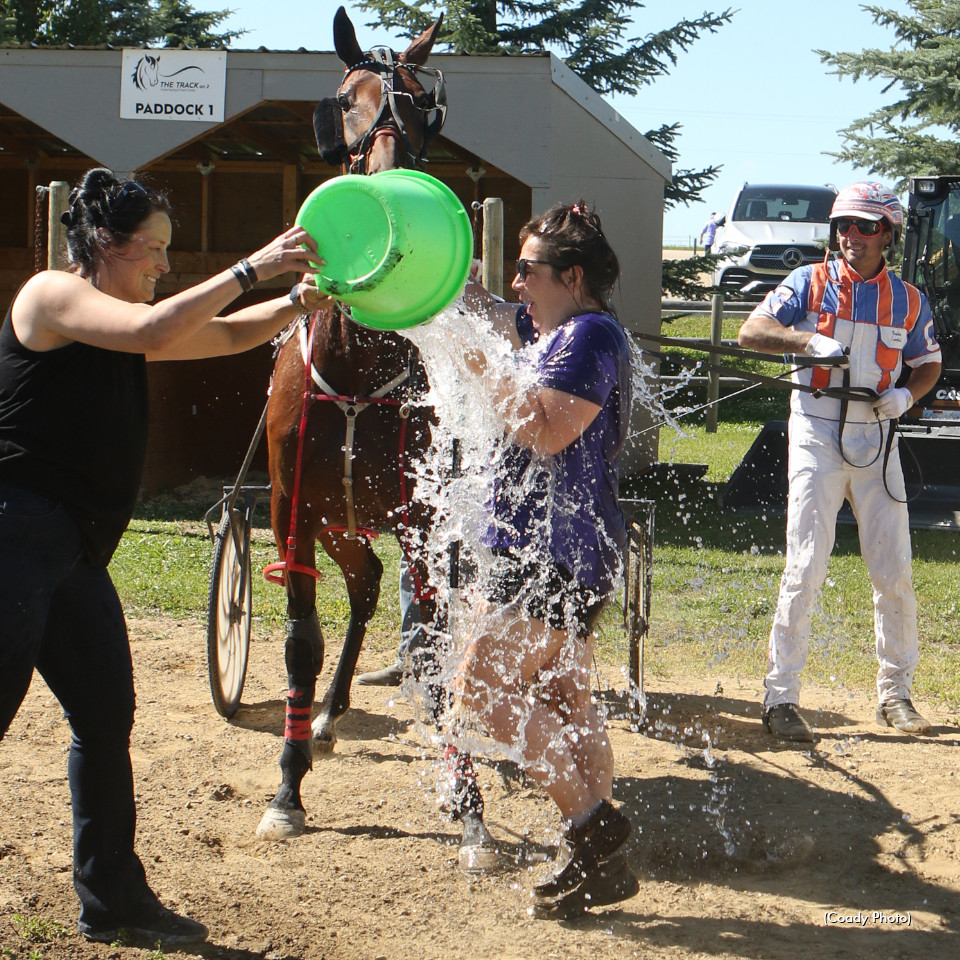 Lutz acquired the five-year-old Mystician mare, whom she conditions for owner Harvey Jaeger, from trainer Glenn Lutz and made her first start with her on July 29. Her first start as a trainer came on July 23 when she finished sixth with Myomylookatmefly. In seven starts, she has earned $6,833 in purses and hit the board on four occasions.