Robertsin Pulls Off Big Upset In The Muscle Hill 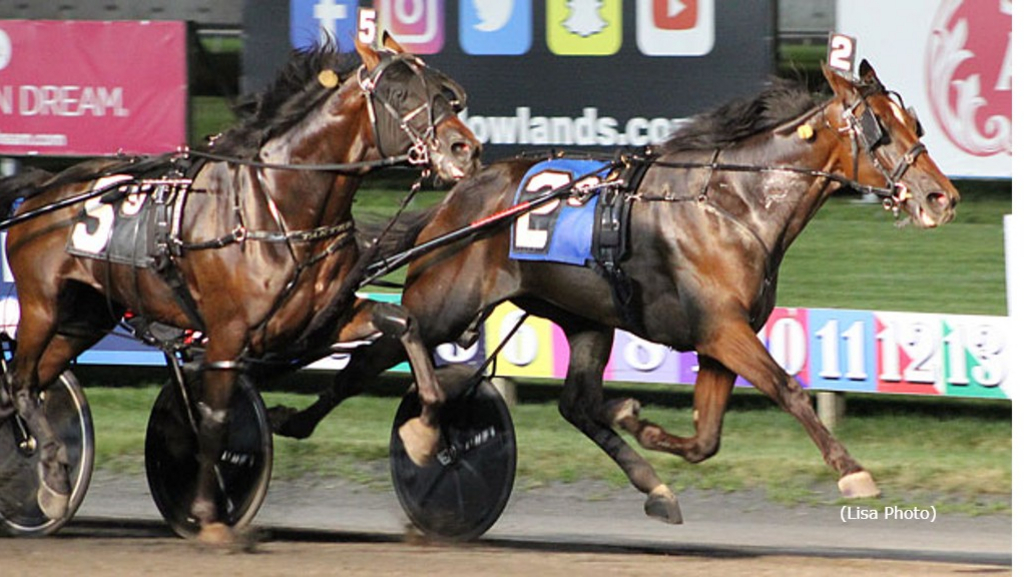 It’s not too often that you get 59-1 on a horse driven by the three-time defending U.S. Driver of the Year, but that’s just what happened in the Friday (Aug. 5) feature at The Meadowlands.

Dexter Dunn guided Robertsin to victory in the $50,000 Muscle Hill for three-year-old colt and gelding trotters.

After a five-horse scrum into the first turn, B A Superhero was parked on the lead, Molotov Cocktail was three-wide in second with Stride The Hill third at the rail as they hit the quarter in a contested :27.2.

Pretender, the 4-5 favourite, was now put in play in a big way by driver Andy McCarthy, taking the lead from B A Superhero as the half was reached in :55.1.

Robertsin was still not close to the action at this point, sitting sixth along the inside, but started to make up some ground on the leaders as horses began to vacate the rail.

Pretender, the high money-earner in the nine-horse field this year with just over $200,000 in his bank account, continued to roll on the lead past three-quarters in 1:23.4, as Robertsin got into striking position – while still fourth – along the pylons at the head of the lane.

In deep stretch, it appeared Pretender would prevail, but Robertsin was now closing ground quickly as Dunn steered his horse to the inside after going around some tired horses when they turned for home.

At the wire, it was Robertsin getting up in a thrilling finish by a head, and by stopping the clock in 1:51.3, he lowered his previous lifetime best by three-and-one-fifth seconds. Molotov Cocktail was third.

Dunn led the driver colony with three winners on the night. … There were no winning tickets sold in the 20-cent Pick-6, creating a carryover of $12,120.17 for the first Pick-6 that will be offered on Saturday’s card in Race 1. Those with five correct Friday collected $1,453.32. … All-source handle totaled $2,816,936. … Racing resumes Saturday as the Championship Meet concludes on Hambletonian Day. Post time for the first of 16 races is 12 noon.