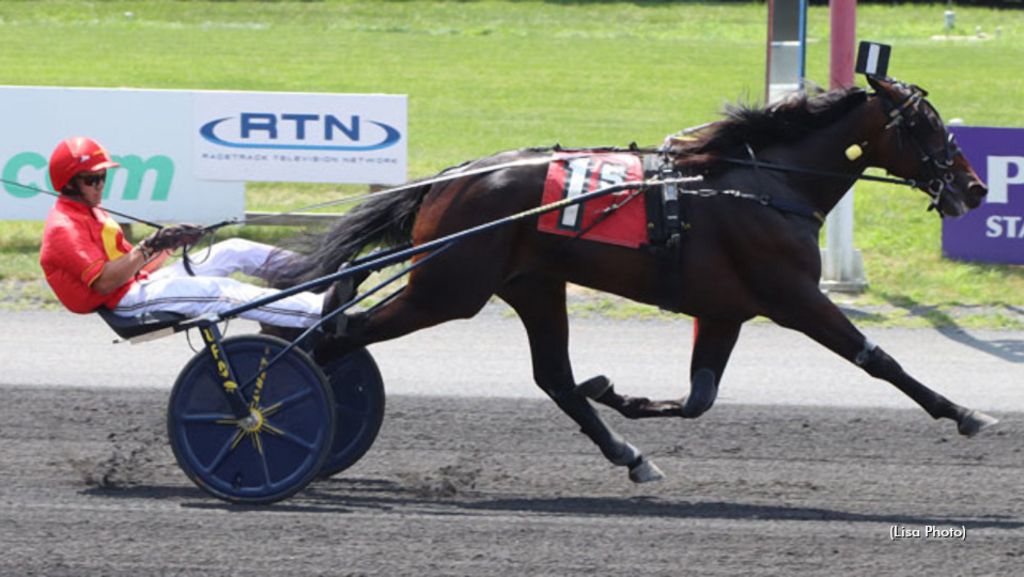 It turned out to be an epic fail on the part of the favourite players who tabbed Oh Well as the 3-5 choice, but it made those that backed Kilmister as the 5-2 second choice look like rocket scientists.

A perfect three-for-three going into the rich tilt, Kilmister got away in good order in the early going while Carter Michael Deo steamrolled to the top and carved out opening quarter speed of :27.4.  As the field moved across the backstretch it was favoured Oh Well powering up to grab the lead and then wheeling the group through middle panels of :56.1 and 1:25.1.

Despite sensible fractions going his way, Oh Well had no answers when Kilmister was roused out of the three-hole late by driver Brian Sears.  He and the son of Chapter Seven-Treviso blew right by Oh Well and stormed away to win in 1:53.3.  Oh Well held for the runner-up award, while third prize was earned by Carter Michael Deo, who finished finished fourth but was placed third. The third place finisher Upstaged was offstride across the wire and failed to lose ground while on a break, prompting a disqualification.

"Yeah, we could have been first, second and third. But you know, they raced very well, all the horses. Sadly one of them made a break there right before the finish line. So yeah, we were happy with that."

Courant Inc of Delray Beach , Fl owns the flawless freshman who lifted his lifetime earnings to $225,400 with the triumph.  Kilmister was purchased for $170,000 at last year’s Lexington Select Yearling Sale.

"All the credit to Sabine [Kagebrant] who scouts conformation," said Courant's Anders Strom. "I do the pedgree work on the horses that we buy...of course I pay the cheque as well...this one was quite expensive, but it should be — it's Treviso, which is an Allegro maternal line, and a Chapter Seven. I love those horses. So great buy so far."