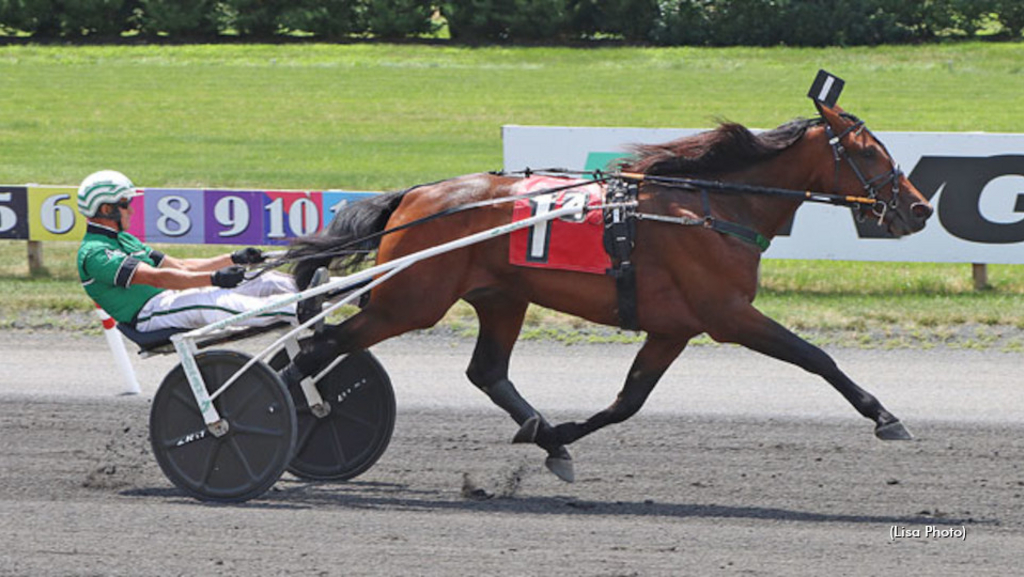 Three-year-old trotters Justice and Misswalner Fashion picked up consolation wins for their connections on Hambletonian Day, taking divisions of the Muscle Hill and Continentalvictory Stakes.

After just missing a spot in the Hambletonian with a sixth-place finish in last weekend's eliminations, Justice delivered as the 4-5 favourite in the $50,000 Muscle Hill Stakes for the sophomore male trotters.

Longshots Castle House (Jason Bartlett) and Andoverthewinnings (Corey Callahan) fired off the gate from the outer wing and traded turns on top early on while insider Justice followed in third through opening panels of :27.1 and :56 for trainer/driver Ake Svanstedt.

With Kosher Mahoney (Yannick Gingras) advancing outside, the favourite was flushed from the three-hole and matched strides with the leading Andoverthewinnings on the way to three-quarters in 1:25 before drawing clear down the lane to win by four lengths in 1:52.2. Kosher Mahoney finished second and Castle House was third with Andoverthewinnings breaking stride down the lane.

Justice, who is now seven-for-11 lifetime with $277,130 in earnings, is owned by Ake Svanstedt Inc., Little E LLC, Torbjorn Swahn Inc. and Myfab Inc. The victory was the colt's fastest yet and his first at co-owner Jeff Gural's Meadowlands Racetrack.

The son of Chapter Seven out of Religulous paid $3.80 to win.

Rebounding from a pair of recent Meadowlands miscues in the Delvin Miller Memorial and Hambletonian Oaks eliminations, Misswalner Fashion came through for her first win of the year in the $33,500 Continentalvictory for three-year-old trotting fillies.

Springing a 21-1 upset from post 10 after trailing the field of a dozen early on, driver Tim Tetrick found a path for Misswalner Fashion in the stretch and the Walner-Sweet Love filly shot through towards the inside for the 1:52.2 career-best victory, prompting a $45.40 win payout.

Primadonna Deo (Andrew McCarthy) was three-wide from post nine early on in her quest for the top spot, clearing before the :27 quarter but breaking stride shortly after Gracelyn Hanover (Corey Callahan) swept to command. Lilbitalexis (Brian Sears) inherited the pocket trip as Gracelyn Hanover continued to the lead through a half in :55.2 and three-quarters in 1:24.

The top two gained some separation on the field turning for home after the outer flow stalled on the backside with Lilbitalexis popping the pocket on the tempo-setter but the late closers swarmed that duo with Misswalner Fashion shooting through along the pylons for the victory. Delilah Hanover (Todd McCarthy) rallied three-wide turning for home to come on for second-place, missing by just a neck, with Cash Infusion (Bob McClure) following in for third.

After going five-for-nine as a two-year-old, Misswalner Fashion bumped her bankroll to $318,719 when winning her sixth start of her sophomore season. Jim Campbell trains the homebred filly for owner Jules Siegel of New Hope, Pennsylvania.