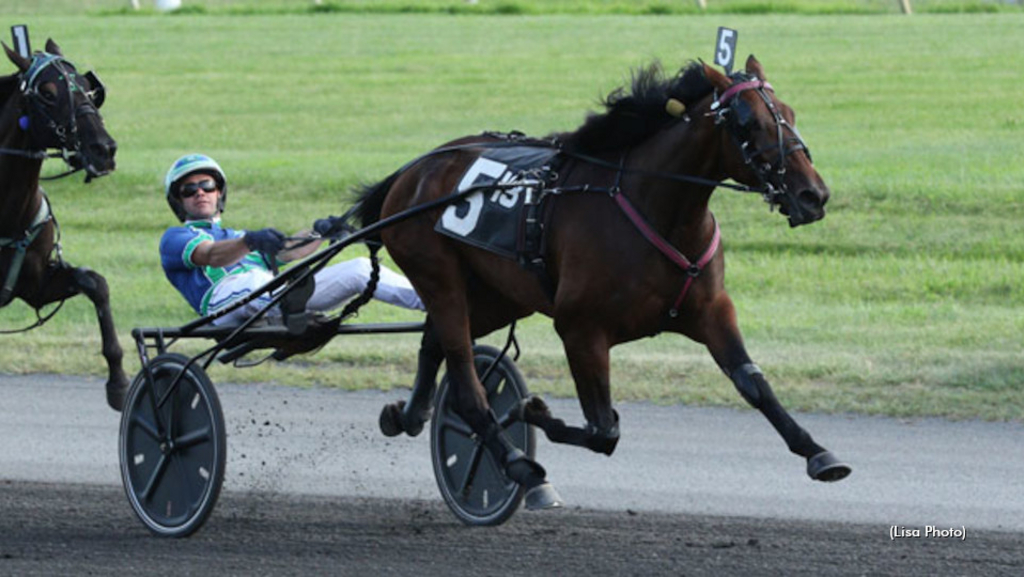 There will be a ton of likes and shares and comments on the effort from Instagram Model, who lived up to her lofty yearling purchase price with a stellar performance in the $355,000 Jim Doherty Memorial Final for two-year-old trotting fillies on Saturday (August 6) as part of the 2022 Hambletonian Day card at The Meadowlands.

Driver Andy McCarthy was subbing for an injured Scott Zeron (who was part of the Hambletonian Day broadcast team and picked Instagram Model live on the air, FYI) in the Doherty Final, and settled the trotting filly away in third early behind Royal Filly (Dexter Dunn) and Une Madonna (Joe Bongiorno). After fractions of :27.1 and :55.1 for the first half, favoured Mambacita (David Miller) was right-lined from sixth, and that prompted Secret Volo (Brian Sears) to move from fifth and advance first-over. McCarthy made that second over heading into the far turn, taking his shot with Instagram Model through a 1:24.3 third station.

Turning for home, Instagram Model had put away Royal Filly and gained some separation on her rivals. Mambacita tried to diminish that defecit but her late rally was too late as Instagram Model hit the wire in a career best 1:53. Mambacita stayed for second, a length back of the winner with Una Madonna rounding out the top trio.

"It was perfect today," said McCarthy."You know, post nine last week was just really hard...I was happy with the spot today and the way the fractions set up we kind of got to hide her there for a little bit and move on when we needed to."

A $350,000 Lexington Selected purchase, Instagram Model (Chapter Seven - Check Out Trixie) now sports two wins in three starts for trainer Annie Stoebe and owner Lynn Curry of West Chester, Penn. Stoebe gave Zeron full marks for the job he did to get the filly where she was today.

"Scott's loved her from the second he sat behind her and he did such a great job teaching her how to perform in this race, and she missed him but Andy did such a fantastic job driving her.

"I take no credit," said Stoebe in receiving a compliment on the filly's development from Gabe Preweitt. "From the first time training her, I told Lynn 'you know, she's different.' And she's been nothing but a professional since day one."

Instagram Model is just the third horse owned by Curry, and he's overwhelmed with the support and camaraderie he's received from his fellow participants.

"We have great people that we work with and I get some great advice from other trainers. It's the greatest thing about harness racing. Everybody helps somebody else, everybody."