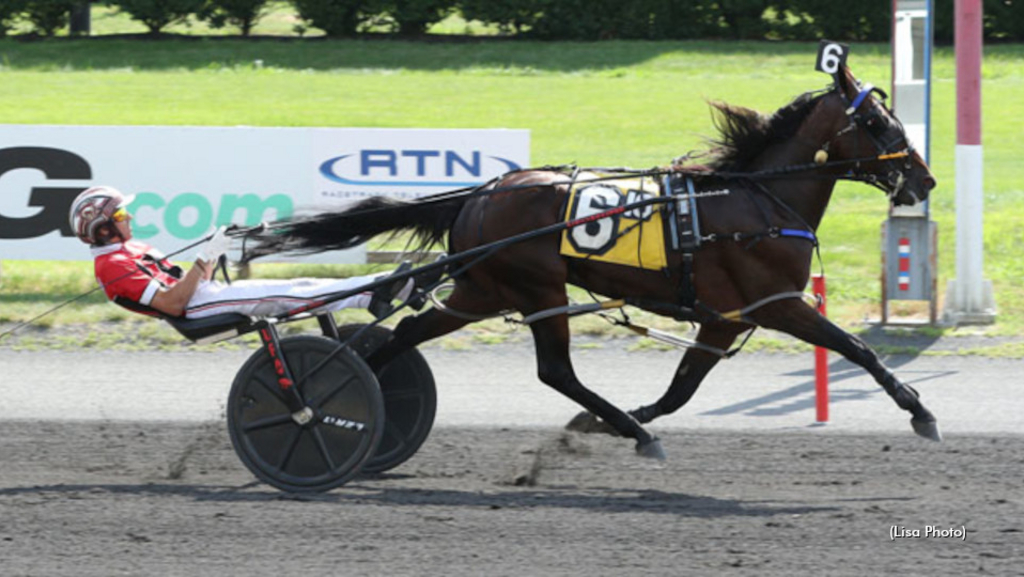 Catch The Fire turned in a scorching 1:46.4 stakes and track record performance to defend his title in the $278,000 Sam McKee Memorial for free-for-all pacers during Saturday afternoon's Hambletonian Day card at The Meadowlands.

Catch The Fire was breathing down leader Nicholas Beach's neck through fractions of :26.1 and :53.1 before driver Dexter Dunn let his charge roll and took over command past three-quarters in 1:20.1.

Catch The Fire opened up two lengths down the stretch with Working Ona Mystery (David Miller) chasing uncovered, even-money favourite Rockyroad Hanover (Todd McCarthy) rallying from the outer flow and This Is The Plan (Yannick Gingras) splitting those two in deep stretch but they were all unable to catch the fiery pacer on the front, who hit the wire in record time.

Catch The Fire lowered the 1:47 track record for older pacing horses held by State Treasurer and Mel Mara by one-fifth of a second. Bulldog Hanover's 1:45.4 mark is the track standard for four-year-old pacing horses.

Fresh off his first victory of the year in 1:47.4 at Pocono Downs on July 23, Catch The Fire paid $9.60 to win as the 4-1 third choice in this field of 11. Favourite Rockyroad Hanover, who paced three consecutive 1:46 miles in July winning the Roll With Joe then chasing world champion Bulldog Hanover, finished 1-1/2 lengths behind in second with This Is The Plan edging out Workin Ona Mystery for third.

"He's very professional," said Joe McLead of Sugar Valley Farm where Catch The Fire also performs stallion duty. "He comes to the farm, he trains at Delaware during breeding season, and then he comes out for about half an hour's worth of work at the farm and he goes back and does everything well. He turns out good and he takes care of himself and he shows it out here too. He never does more than what he needs to do. But he's starting to come around.

"It's going to be a fun summer for him. You know, it's been four or five starts that are a little erratic but when you come off a full breeding season...some light training and then once you get into gear, I think he's there."