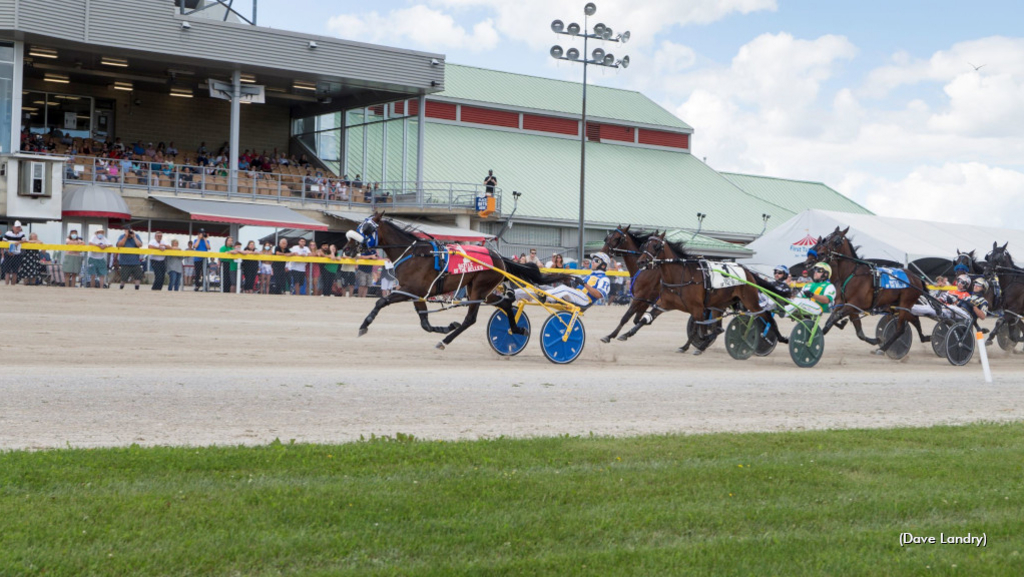 The sophomore stopped the clock in a lifetime best time of 1:54 for driver Tyler Borth and trainer Shayne Barrington, finishing a quarter length in front of runner-up Night Out (Brett MacDonald). Maskedman (Bruce Richardson) was third.

Shadowmoon Rising, a son of Shadow Play, is on a three-race winning streak, with his three victories in 10 starts this year all coming in the past three outings. He's earned $18,500 for owners Rick Rier of Hanover, Ont., Paul Berberich of Walkerton, Ont., and Ontario Limited of Hanover, Ont.

Garrett Rooney drove the son of Betterthancheddar to a 1:55.3 win, a new lifetime mark, ahead of Can Be A Treasure (Travis Henry) and Hp Momentum (Jonathan Hahn). Docsphillycheese took the lead by the three-quarters and beat Can Be A Treasure by half a length.

After going winless in four rookie starts in 2021, Docsphillycheese has delivered six victories in 12 starts and $26,390 this year for owners Brittany Kennedy of Ingersoll, Ont., who trains the horse, and Moneyclip Racing of Morpeth, Ont.

Before the betting card, Sant Ambroggio took a $7,300 Prospect Series race for two-year-old trotting fillies that was rescheduled from Wednesday's cancelled card. Driver-trainer-owner Dan O'Brien of Cambridge, Ont., guided the daughter of Wheeling N Dealing to a maiden win in 2:00.3 in her fifth career start.