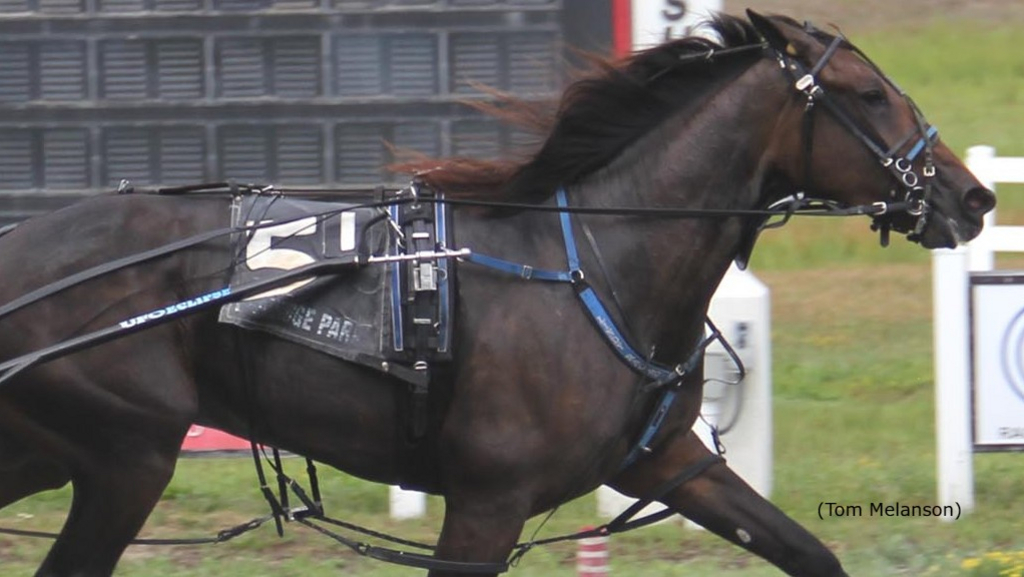 With the lazy, hazy days of summer firmly in place, fall is not too far off and that means the Massachusetts Sire Stakes will be here before long.

At Plainridge Park on Friday (Aug. 5), a pair of Massachusetts-bred three-year-old trotting fillies who are eligible to the lucrative state-sponsored series scored impressive victories and both are quickly improving in advance of those stakes.

Dancin On The Wall (Walner-Lovely Lindy) shipped back to Plainridge Park after successive stake engagements in the Zweig at Vernon Downs and the Geers at the Meadowlands – where she raced back-to-back in 1:53.3 – and won a $8,500 non-winners event for five-year-old and under trotters while taking a new lifetime mark.

Driver Bruce Ranger went right to the front with Dancin On The Wall and cut fractions of :27.1, :56.3 and 1:25.2 while also lengthening the lead at each split. When they turned for home, Dancin On The Wall simply annihilated the field by pulling away to an 11-1/2-length victory in 1:54.4.

Ranger also drove Origin Story (Walner-Highscore Kemp), who went a very similar trip in a second non-winners event for five-year-olds and under that went for $11,500. Origin Story took the lead off the gate and went :28.2, :58 and 1:28 over what was at that point a rain-soaked track. After racing around the final turn, Origin Story turned for home and pulled away to a three-length victory in 1:57.1 to extend her current winning streak to four in a row.

Dancin On The Wall and Origin Story are both trained by Domenico Cecere and are owned by K R Breeding, who bred both fillies.

The Massachusetts Sire Stakes begin on Sept. 25 and run through Oct. 24 when all eight finals will be held.