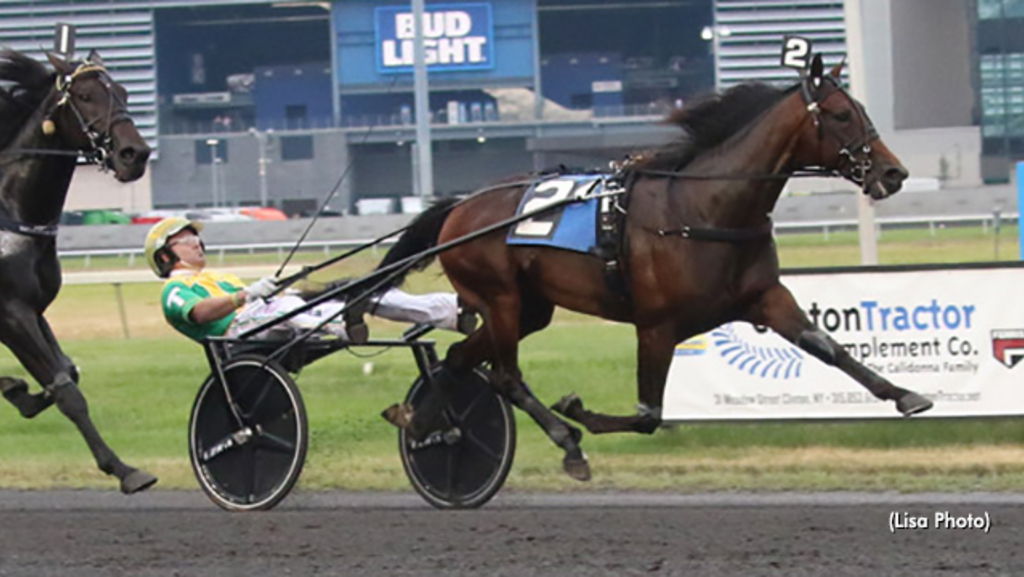 Michael Andrew has produced some standouts in his 20-plus years as a breeder, such as Dan Patch Award-winner Obrigado and millionaires Little Brown Fox and Likeabatoutahell, but he is still hoping for a Hambletonian champion.

Could this be the year? According to the morning line, perhaps it can.

Andrew, a Gorham, Maine resident, and Hunterton Farm’s Steve Stewart are co-breeders of Rebuff, the 9-5 favourite for Saturday’s $1 million Hambletonian, the sport’s premier event for three-year-old trotters, at The Meadowlands. Andrew owns Rebuff’s mother, Meucci Madness, and he and Stewart are lessees and share the breeding credit for her foals.

“It’s pretty exciting,” said Andrew, an 84-year-old retired University of New Hampshire professor. “He looks great. I think he’s an exceptional little horse. He’s not that big, but he’s got the attitude, he’s got the good gait, and he’s got a lot of speed.

“I just hope he gets a good race. There are some good horses in there, so it will be interesting.”

Lucas Wallin, who trains Rebuff, purchased the colt for $200,000 at the 2020 Lexington Selected Yearling Sale. Wallin shares ownership of Rebuff, a 2021 Breeders Crown champ and earner of $573,670 lifetime, with Kjell Magne Andersen and Pieter Delis.

“He was a nice little horse, well balanced and very athletic,” Andrew said. “He brought a decent price.”

In looking at the horse’s strong points, the breeder likes the way Rebuff can finish.

“He’s got quick late speed,” Andrew said. “At the last minute, he can just fly. Tim Tetrick does a great job driving him, so that helps. He’s got a great driver and a great trainer; all that helps. I’m sure hoping he does well and he’s going to make a really great sire.”

Andrew has bred a couple horses to reach the Hambletonian. He thought the horse with the best shot at winning was Little Brown Fox, who was favoured in his 2012 elimination but made a break and did not advance.

“Little Brown should have won the Hambo,” Andrew said. “He was real fast.”

The horse was a half-brother to Donatomite, who in 2015 was third in his elimination and ninth in the final.

Andrew’s partnership with Stewart came about when he went to Kentucky to check out some horses eight years ago.

“He said he would take a couple of mares,” Andrew said. “I’ve got five mares down there and he takes care of them, and we split the money from the foals. He’s a real good salesman and I’m not, so I thought that would work out OK.”

Although he has given up teaching, Andrew does not consider himself retired with all the work he still does.

“Running the farm is not exactly retirement,” he said. “We’ve got quite a few horses and a few sheep. It’s a big farm to keep up.”