‘Treasurer’ To Take Shot At The Cup? 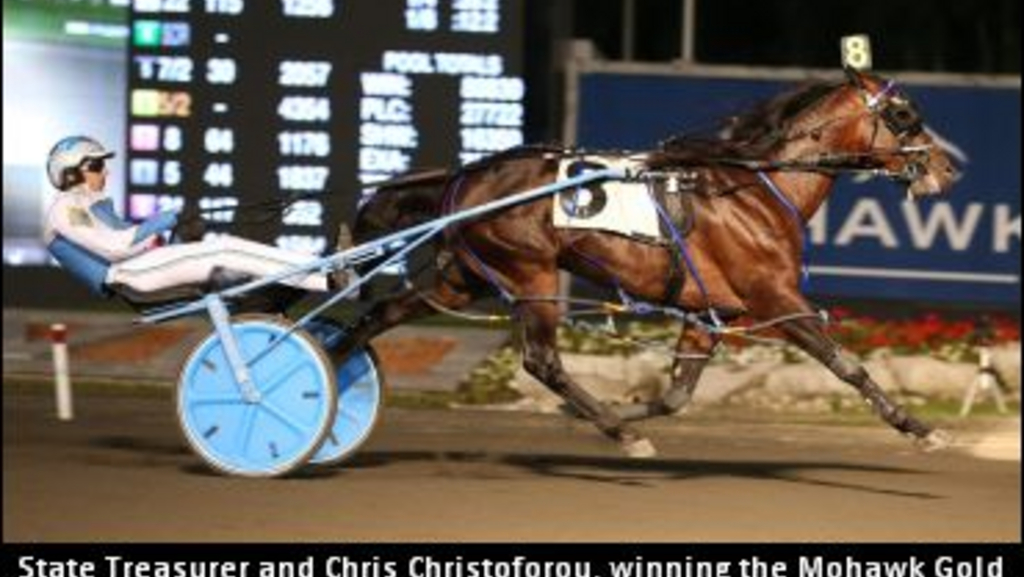 Word out of State Treasurer’s camp is that the ownership group would love to see Canada’s reigning Horse of the Year contest the upcoming Gold Cup and Saucer, but there is a catch.

Allan MacDonald, one of the double-millionaire’s co-owners, has told The Guardian that State Treasurer, quite simply, just hasn’t been racing that well, as of late.

State Treasurer has only tasted victory in one of his 11 starts thus far this season, but that isn’t to say that the seven-year-old son of Real Desire has not been a solid competitor on the racing strip. He’s locked horns with Open bearcats Wiggle It Jiggleit, Freaky Feet Pete, Always Be Miki, and has tangled with Evenin Of Pleasure, Nickle Bag, Shamballa, All Bets Off, and Rockeyed Optimist, to name a few. State Treasurer has raced seven times since the beginning of June and he was clocked in sub-1:50 in six of those starts (also, he was clocked sub-1:49 in two of those miles).

State Treasurer is scheduled to race in the $34,000 Preferred Saturday night at Mohawk Racetrack. He has drawn Post 4 in the five-horse field, which has been carded as Race 2 on the program.

“We would have loved to come but we’re looking at his future right now,” MacDonald was quoted as saying. “We’ve been discussing options with Ian (State Treasurer’s trainer, Dr. Ian Moore) and the possibility of standing him at stud at some point in the future. He’s in to race Saturday at Mohawk so we’ll see how we get along there.”

The Guardian piece also lists a bunch of other horses that are expected to be entered to the Gold Cup and Saucer next week. To read the article, click here.

(With files from The Guardian)