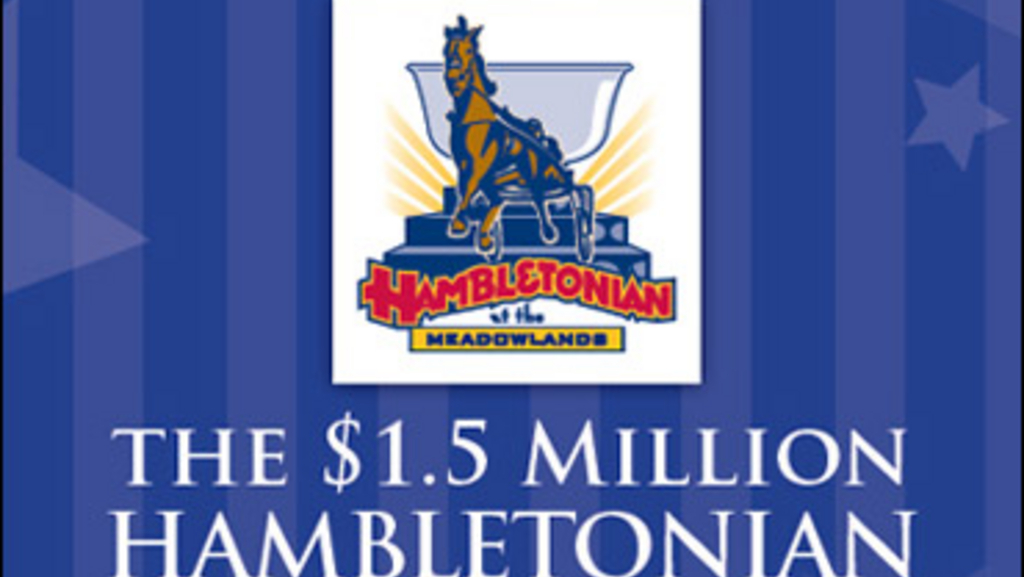 The field for Saturday’s $1.5 million Hambletonian was finalized at a post draw and press conference Wednesday afternoon at the Pegasus Restaurant at Meadowlands Racetrack in East Rutherford, New Jersey

Elimination winners Pilgrims Taj, Lucky Chucky and Cassis got to select their post positions while an open drawn determined how the rest of the field will line up.

The connections of Pilgrims Taj secured post position three. The son of Broadway Hall-Bwt Maija won seven times as a two-year-old never finishing worse than second in his other three stakes outings to earn $746,939. The Pennsylvania Sires Stakes and Breeders Crown champion comes into The Hambletonian with three wins in six starts this year and $114,264 on his card. Trond Smedshammer, who won the 2004 edition of the Hambo with Windsongs Legacy, recently took over the training duties of the colt, who rallied off cover to win his elimination in a career-best 1:53.3 with Mike Lachance. He is owned by Robert Bongiorno, the Pilgrims Taj Stable, Bix DiMeo, and Val Dor Farms.

“As far as trotting and rigging, he’s probably where I want him to be,” noted Smedshammer. “I still think there’s room for more improvement down the road. Two weeks is not a lot of time, but the horse is definitely heading in the right direction.”

“This is a dream come true for me,” said Bongiorno. “I’ve been coming to the Meadowlands since the day it opened and always dreamed about being in this race. Trond straightened out a little bit of his shoeing trouble and the horse raced super in his elimination. The horse is a champion and he knows how to win. We’re all really excited.”

Last year’s Valley Victory and Matron Stakes winner Lucky Chucky put together a record of 9-2-1 in 12 starts during his debut season earning $672,634 for trainer Chuck Sylvester, a four-time Hambletonian winner, whose 45-year-old son, Troy, passed away on Hambo Day 2009 due to injuries sustained in an ATV accident. Lucky Chucky is owned by SGS Partners, Perretti Racing Stable LLC and Lindy Racing Stable. The son of Windsongs Legacy-Aerobics established a new mark of 1:53.1 in his elimination, winning for the first time in three starts this year with John Campbell, who holds the record for most Hambo driving wins with six. Lucky Chucky's connections selected Post 2.

“Every race is different, but we want to be as close to the inside as we can,” Campbell said at the draw. “Ray [Schnittker] took the rail, so the obvious choice is Post 2."

“It’s going to be an easy week for him,” said Sylvester. “He’ll jog a little and swim a little with light training [today]. And he’ll get a lot of pasture time. I like our chances. He’s the first serious contender I’ve had in a few years.”

Lucky Chucky has been assessed as the early 5-2 favourite in the morning line.

Lightly raced at two due to a chip in his knee, Cassis returned to the track to win eight times and finish second in his other two starts this year to earn $230,763. The son of Cantab Hall-Dirty Martini turned in the fastest mile on elimination night, winning in a career-best 1:52.4 with Tim Tetrick. Ray Schnittker trains and co-owns with Kelks Inc., Arden Homestead Stable and Jerry Silva. He will start from the rail on Saturday.

“It worked for me before,” said Schnittker referring his previous victory in the 2008 Hambletonian from Post 1 with Deweycheatumnhowe. “It’s a great honour. It’s really hard to get one here that’s actually got a shot, so this is super.

“I think we’re looking real good. We won our elimination in the fastest time and the horse, he’s been racing a lot, but he’s coming in really strong. Yeah, I’ve got a good chance of winning. He’s no 'Dewey' that’s for sure, but he’s a very nice horse, he’s real nice to drive, he’s real handy and hopefully we get a good trip."

Schnittker said although many of Cassis’ lines show early front end action, he is not a one-dimensional horse and can handle larger or smaller tracks. “I kind of like the action but he’s come from behind. I drove him a couple of weeks ago at the Meadows [June 26], he set the track record.

“If the Hambletonian was on a half mile track he’d crush them, but it’s not. There’s nothing wrong with that, he’s a good horse. The adjustments to the mile track haven’t bothered him.”

If Cassis wins the Hambletonian, Schnittker will be the first trainer ever to win the Meadowlands Pace (One More Laugh on July 12) and Hambo in the same year.

Unlucky in the draw was Holiday Road, third in his elimination to Lucky Chucky. He drew the outside Post 10 for trainer Greg Peck and owners Jerry Silva, T L P Stable, Four Friends Racing Stable, and Deo Volente Peck Stable. The son of Yankee Glide-Jambo won half of his six starts at two including the New Jersey Sires Stakes Championship and Peter Haughton to earn $312,350. He is two for three on the year with victories in the Dickerson Cup and a division of the Stanley Dancer.

“We’ve gone from one rail to the outside rail,” said Peck, who conditioned last year's Hambletonian winner and Post 1 starter Muscle Hill. “I thought that might happen; that’s the chance you take. It’s a starting point. There isn’t anything you can do with it. I feel [Holiday Road] is the best horse and he’ll show it on Saturday. I think he’s coming into the race very well. He feels good, he looks good; he’s ready to go.”

If Peck succeeds in completing Operation Hambletonian II, he will be the first trainer to win the event in back-to-back years since Per Eriksson did it in 1991 and 1992.

Here is a look at the field for the 85th edition of the Hambletonian:

Here is a look at the field:

2010 Hambletonian Day At A Glance

Does anybody know if it is

Does anybody know if it is possible to watch the hambletonian live online? Tried to go to NBC Sports, but couldn't find any live broadcasting. Looking forward to saturday either way, but it would be great if I could watch it live,
thanks for your help