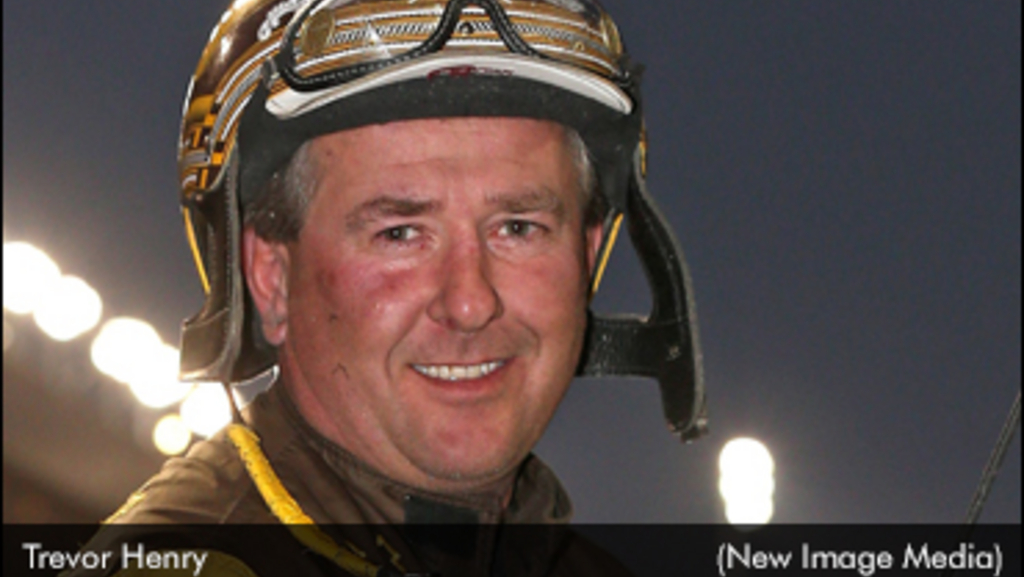 Arthur, Ont. resident Trevor Henry has lost count of the number of times he has travelled to Clinton Raceway on the first Sunday in September for the half-mile oval’s annual Charity Driver’s Challenge.

“I don’t know how long I’ve been doing it. I was saying that the last time, I said, ‘I’ve got to be the longest guy ever doing this,’” said Henry, who is once again on the roster of drivers for the 2021 event on Sunday, Sept. 5. “It’s a lot of fun. It’s a good day. I like going to Clinton, it’s nice there.”

Through his many years of participation, Henry has won the challenge three times, in 2007, 2013 and 2015. During that stretch of his career, he was primarily plying his trade on Ontario’s Signature and Grassroots harness racetracks. In late 2014, he started to focus on driving at Woodbine Mohawk Park, and the lifelong horseman said that move may have hampered his chances of adding a fourth Clinton Charity Driver’s Challenge title to his list of accomplishments.

“I used to drive mostly on the half-mile, you’re kind of used to it, but when you get away from it, you’re not quite as used to it as you were,” said Henry, who has driven the winners of more than 7,100 races and earnings just shy of $70 million. “And they (Clinton regulars) know all the horses. I see them race a bit, but not as much as they do.”

Only Day, Travis Henry — who is Trevor Henry’s nephew — and McClure are without a win in the annual event and the senior member of the group said it is an accomplishment every driver in Ontario is eager to add to their résumé.

“Those younger kids always want to win it,” said Henry with a chuckle. “It’s competitive.”

The drivers will accumulate points based on where they finish in each race and the top point-earner will be declared the 2021 champion. Drivers typically receive five per cent of their mount’s purse earnings, but those fees will be donated to Branch 140 of the Royal Canadian Legion on September 5, along with the proceeds from a silent auction and 50/50 draw.

“It’s good that it’s going to the Legion, because they would have lost a lot of money, it’s tough for them with this pandemic,” said Henry. “I know the one in Arthur, it kind of runs on a shoestring anyway, and when this hit, that would be tough on them.”

Over the last 40 years, the annual event has raised in excess of $332,000 for a variety of community organisations in the municipality of Central Huron.

“The whole day is a real tribute to the people that work in the horse racing industry. They’ve got lots of options, they don’t have to race at Clinton, they could race anywhere else, but they come here on that holiday Sunday and it’s certainly appreciated by the local community,” said Clinton Raceway’s general manager Ian Fleming. “It’s a good way to cap off the season, on a high note.”

Post time for the 41st annual Charity Driver’s Challenge on Sunday, Sept. 5 is 1:30 p.m. and fans can find more information, including a free program and live stream, on the Clinton Raceway website at clintonraceway.com.