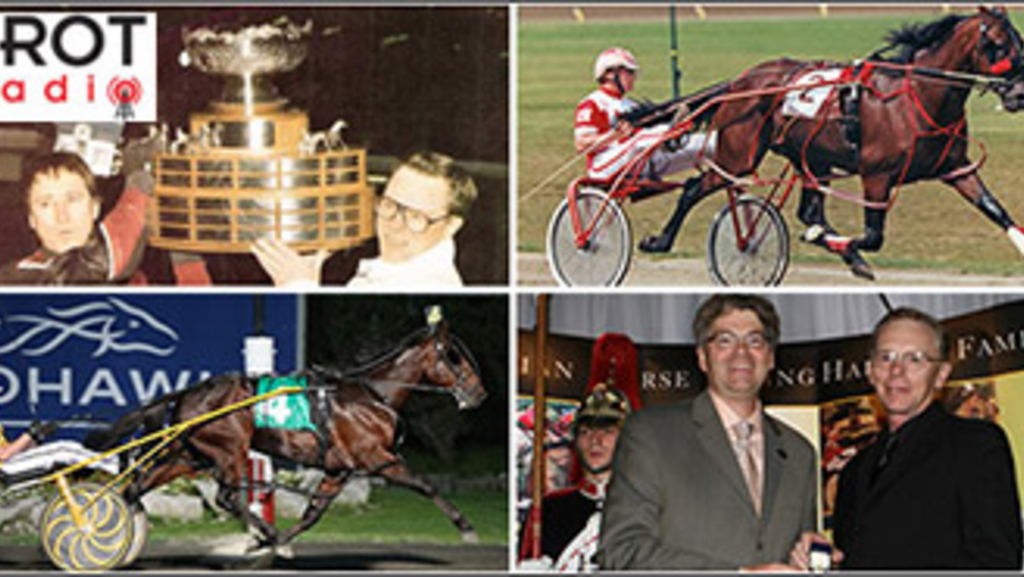 This time of year is rarely slow for Hall of Famer Bob McIntosh, but this week's agenda includes an added stop for a pair of performers near and dear to his heart.

Five years ago, Bob McIntosh was inducted into the Canadian Horse Racing Hall of Fame. This year's group of Standardbred inductees boasts a pacer and a person with strong ties to trainer: driver Bill Gale and pacer/stallion Artsplace.

McIntosh, who considers going into the Hall of Fame "the ultimate thrill," is equally thrilled to have Gale and Artsplace joining him as Canadian Horse Racing Hall of Famers.

"We both started in Windsor Raceway and I started using him as my regular driver there, and that progressed to going to some stakes races," said McIntosh of Gale. "It's a great friendship and great working relationship."

What made Gale such a great driver? In McIntosh's opinion, it's something he was born with.

"Bill had the lightest set of hands out there, he could just communicate with a horse great," McIntosh continued. "Any kind of nervous horse, he could calm and settle them down. Over the years, he really made some bad horses into good horses for me behind the gate."

Much like with Gale, Artsplace had some God-given talent that McIntosh was just fortunate to have come his way.

"In December [1991] I was summoned to go to Chicago and have a meeting with [George Segal and Brian Monieson]; his three-year-old year had been a little less than perfect, and they really wanted to maximize his potential as a four-year-old if they could. George told me not to qualify him or race him if I didn't think he was 100 percent."

The rest, as they say, is history. Artsplace ran the table as a four-year-old, not losing a start, setting a world record for a Standardbred in a race and winning Horse of the Year honours in both Canada and the U.S.

"He had a great set of lungs, super gaited, no wasted motion and just a perfect horse," gushed McIntosh. "He'd let a horse get to his throat latch but he wouldn't let them by."

Before the Hall of Fame ceremony on Wednesday, McIntosh has a chance at a Battle of Waterloo repeat as Think On It lines up from the rail in Monday's final. He's listed at 9-2 on the morning line despite making a break last week and recovering to just qualify for the final. McIntosh told Trot Radio's Norm Borg that the colt has been dealing with a curb that was aggravating him going into the Battle elims.

"I've been working on the curb all week and I think he'll be 100 percent on Monday."

To listen to the full Trot Radio broadcast, click the play button below.