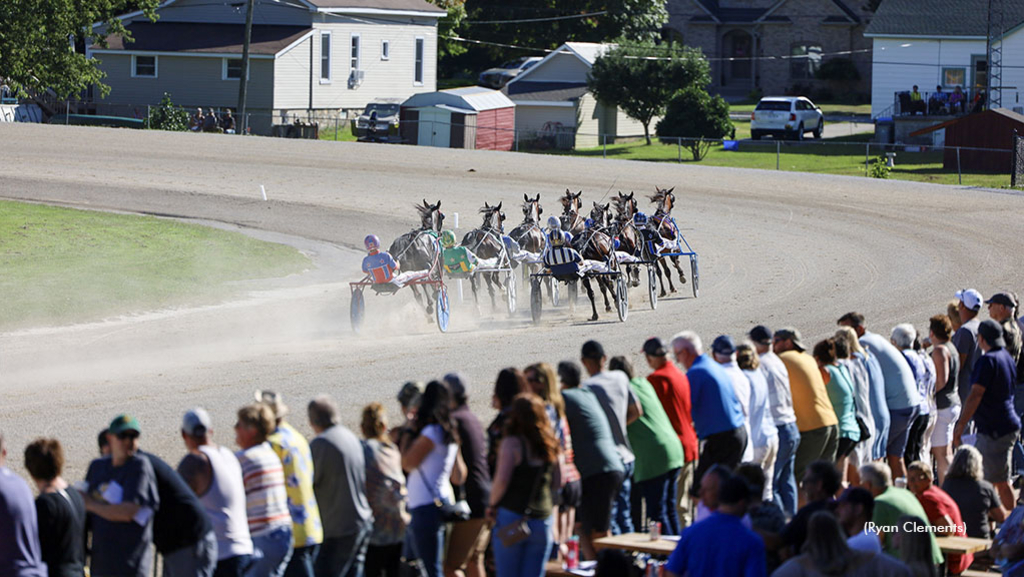 It has already been a successful season at Clinton Raceway, but the track still has some major unfinished business before it closes out the 2022 season on Labour Day Weekend.

On Sunday, Sept. 4, the track will play host to the 42nd edition of its annual Charity Drivers Challenge. The event — which has raised some $343,000 for various local charities in its history — pits the top four local drivers against four top reinsmen from the nation’s top Woodbine Mohawk Park circuit.

Representing Clinton Raceway will be Travis Henry, Tyler Moore, Tyler Borth and J Harris. Representing Mohawk will be Jody Jamieson, Doug McNair, Bob McClure and James MacDonald. All four of the Mohawk reps have been voted Canada’s Driver of the Year. MacDonald won the title in 2021.

Despite a busy driving schedule, MacDonald — currently the nation’s leading driver in both wins (286) and earnings ($5,781,119) — said he loves taking part in the Clinton Charity Drivers Challenge.

“To me, it’s always good to give back. We’ve all been very fortunate to be successful in this business,” said MacDonald. “So, when the opportunity comes up to do what we love and give to charity at the same time, it’s a no-brainer. Also, bragging rights in this event are gigantic. The guys take it very seriously. Everyone wants to be the king of the castle at the end of the day.”

Longtime Clinton Raceway general manager Ian Fleming said they couldn’t put on the event without the generosity of countless people.

“It starts with the drivers willing to come and work for free, and the local community and horse racing industry getting behind this and supporting it by sponsoring races, buying raffle tickets and more,” said Fleming.

The Sept. 4 card is the final one of 2022 at Clinton Raceway and Fleming said it has been a successful year at the track.

On June 12, the track played host to its 11th edition of Legends Day featuring 10 drivers inducted into the Canadian Horse Racing Hall of Fame. The day raised $55,000 for the Clinton Public Hospital Foundation.

Coming into the Drivers Challenge, Clinton Raceway has raised more than $70,000 in 2022 alone for local groups. Each week a different local charity is featured at the track.

Fleming said Clinton Raceway has also received some $40,000 in sponsorships this year, all of which has been added to this year’s purses. On the handle front, Clinton is averaging about $67,000 in bets per card.

“We are quite pleased with that, overall,” said Fleming. “We have also been pleased with our crowds on our return to live racing.”

Like most racetracks, Clinton conducted restricted racing meets in both 2020 and 2021 due to the COVID-19 pandemic.

As for next year, Fleming said the plans call for an entirely new grandstand to be built over the winter.

Meaning the Clinton Raceway Charity Drivers Challenge is the last chance to take in the races from the beloved old grandstand.