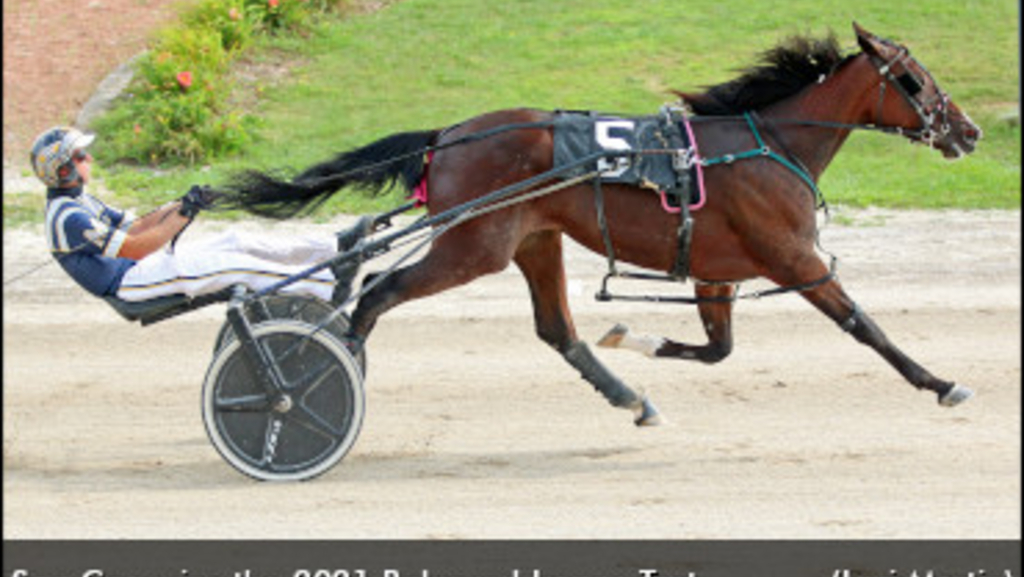 Bob McClure spoke very fondly of Hanover Raceway on Saturday (August 28) and his opinion of the half-mile oval definitely wasn't tarnished after his five-win performance, highlighted by his first victory in the Balanced Image Trot.

The feature event of the day was the $44,200 2021 Balanced Image Trot Final for Ontario-sired two-year-old trotters. McClure was sent off as the second choice behind elimination winner Sea Can, but his chances at victory changed dramatically when favoured Lilys Lass (Phil Hudon) broke stride on the lead just the past the opening turn.

McClure was settled into fourth as stablemate Allisonann Hanover (Mark Etsell) carved out first fractions of :28.4 and 1:00. By that half-mile station, McClure had Sea Can off the pylons and second over behind an advancing Stonebridge Zeus (Trevor Henry). Stonebridge Zeus continued to apply pressure to Allisonann Hanover and made the lead down the backstretch. Sea Can then had to forge first up through a 1:29.2 third quarter with Sir Ballykeel (Scott Young) a threat second over. Turning for home, Sea Can maintained his momentum and powered past Stonebridge Zeus to win by more than two lengths in a new track record and lifetime best 1:59. Stonebridge Zeus and Sir Ballykeel completed the top three. 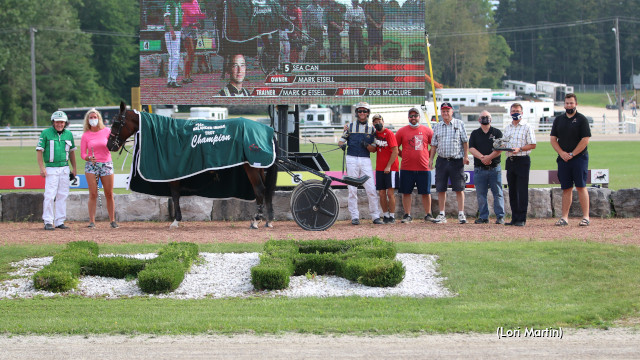 "He's pretty tricky to get off the gate and around the first bend, but after that he can go all day," said McClure after the win. "Last week, it worked out. They went fast to the half, he cleared and kept plugging. Here today, kind of similar; the favourite ran and then the next best one was locked in the two hole so he was in a good spot. When he pounced, he just kept on trucking right to the wire.

"This is a nice colt and what can you say about the job Mark Etsell's doing this year?" said McClure, acknowledging the career-best season of the longtime Hanover regular.

Etsell co-owns and trains Sea Can (Muscle Mass - SOS Respect) along with breeder Terry Devos of Langton, Ont. and Peter Porter of Port Dover, Ont. The win was the gelding's second in seven starts, bumping his bankroll to $37,133 in the process. Both Etsell and McClure picked up their first Balanced Image victories after teaming to win the Dream Of Glory Trot at Hanover in 2017 with Mister Muscle.

"It's 100% special," said McClure. "I feel sorry for anybody that doesn't get to visit this track because it's my favourite track in the world. A great town, I love it here and I love coming here."

One race prior, McClure captured the 2021 edition of the Walker Memorial Trot with Los Ballykeelamigo. The post eight trailing spot was no problem for the tandem, getting away third early behind pacesetter Muscles Aplenty (Colin Kelly) then advancing first up to clear just past the :58.3 half before trotting home in 1:00 to hold off Scene A Magician (Greg Dustin) and favoured Charmbo Prince (Mike Saftic) in 1:58.3.

McClure also picked up wins with Mission Three and Old Buck in the final two races, while teaming with Etsell aboard Top Of The Bar to win one of the two $7,100 fourth leg divisions of the Prospect Series for three-year-old trotting fillies earlier on the card. Top Of The Bar won the fastest split, taking a new lifetime mark of 2:00.2 in the process. Iona Dream was a wire-to-wire winner in 2:01 for driver Paul MacKenzie and trainer Terry Gallant in the other Prospect division.

Founded by the Dustin Family 16 years ago, Harness the Hope is an event hosted by Ontario racetracks that aims to raise funds, awareness and support for programs that help those affected by cancer. Proceeds benefit the Breast Cancer Society of Canada and the Pink Pearl Foundation.

Each Harness the Hope Day features a “Best Dressed in the Backstretch Contest” for racing participants to take part in. Prizes are awarded to each winning “Best Dressed Horse” and “Best Dressed Groom” who display as much pink attire as possible. Patrons attending each event will also be entered to win prizes if they wear pink as a show of support.

The next Harness The Hope day at the races will be at Leamington Raceway on Sunday, Oct. 17.

To view the results for the Saturday card of harness racing from Hanover, click the following link: Saturday Results - Hanover Raceway.