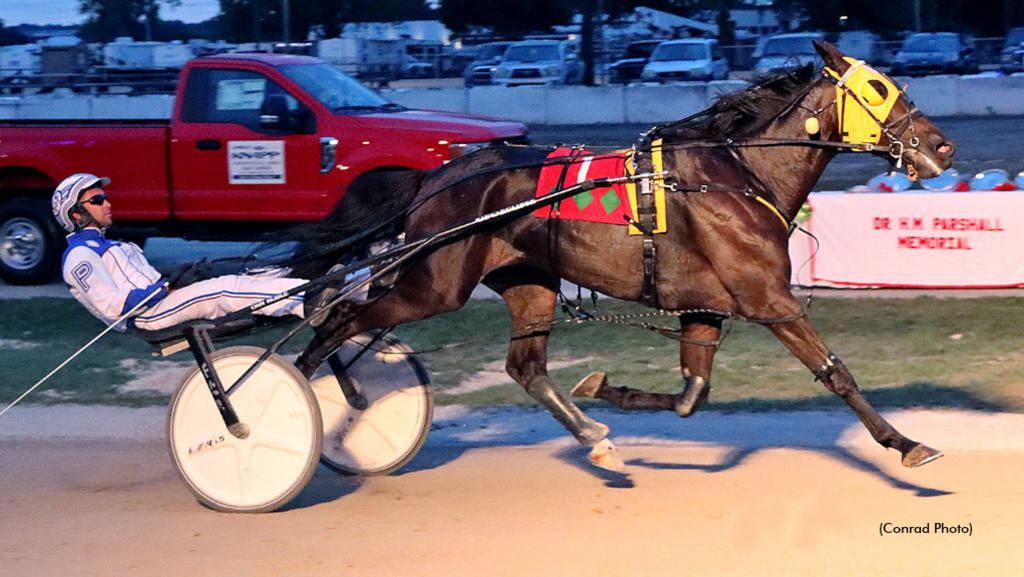 Owners Burke Racing Stable and Weaver Bruscemi had only two starters on the 15-race card at the Great Darke County Fair on Thursday (Aug. 25), but they made the most of the limited starts by sweeping the $35,000 Gene Riegle Memorial Open Pace and the $22,000 Arnie Almahurst Trot.

This year’s 11th edition of the Riegle had a field of eight with combined career earnings of just short of $3.9 million – headlined by reigning Ohio ‘Horse of the Year’ Charlie May.

When the field when sent on their way, Tellmeaboutit (Dan Noble) protected the rail forcing Charlie May (Brett Miller) into the pocket and the eventual winner to be parked at the quarter in :28.3.

Driver Chris Page had Later Dudes on top at the half in :56. Noble had Tellmeaboutit back out challenging the leader, poking a head in front at the three-quarters in 1:23.3.

Charlie May was required to go three-wide in the final turn and Later Dudes re-rallied at the top of the stretch. The three raced as a group with Later Dudes getting the final call by a neck in 1:52. Charlie May was second and Tellmeaboutit another half-length back in third.

A five-year-old gelded son of Sweet Lou - Lovely Assistant, Later Dudes has been ultra-consistent this season, hitting the board in 20 of 27 seasonal starts while earning $159,288. 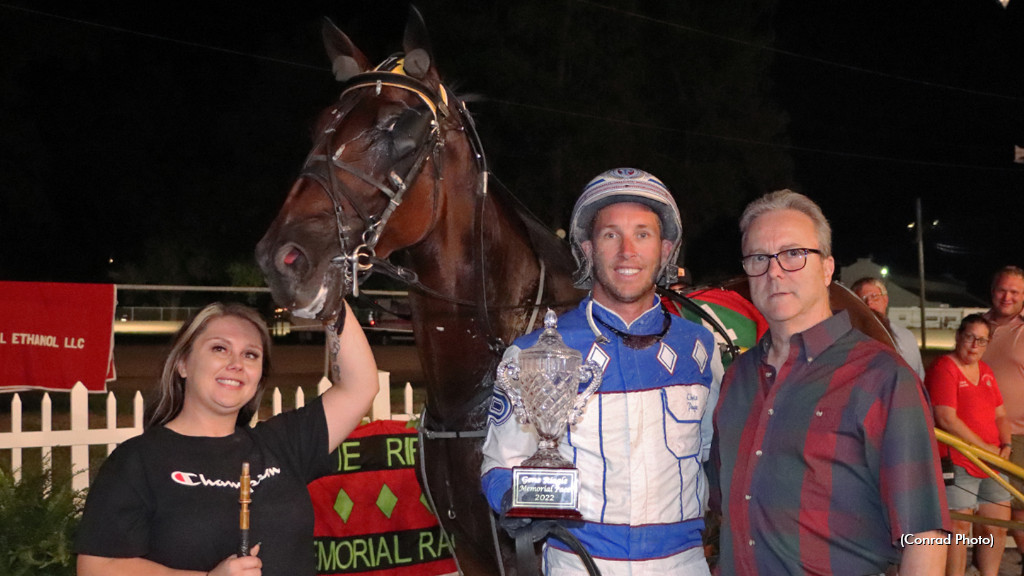 The event honours the Hall of Fame conditioner who used the Darke County Fairgrounds as his home base during his career.

In the Arnie Almahurst, Page used a similar tactic with Smoking Jet, using his inside post position to score an easy six-length gate-to-wire victory over A Fancy Face (Trevor Smith) and Dontforgetlittlman (Dan Noble) in 1:55.1.

The winning time equaled the Greenville all-age track record for trotters, set by I Know My Chip in 2019, who was eighth in this event after being parked the entire mile.