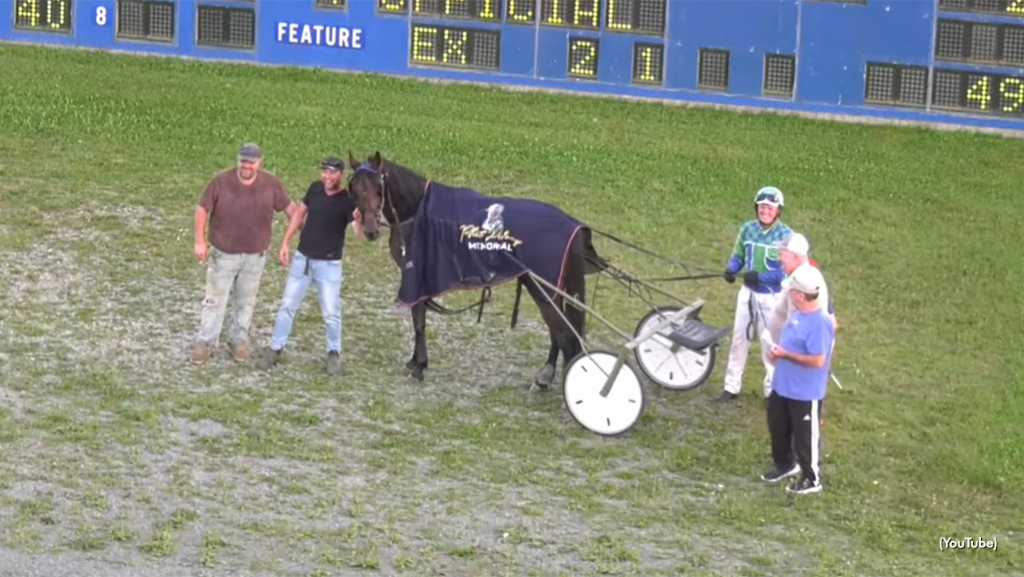 The three-year-old Amigo Hall filly Defriended dashed for the lead and held off all challengers to take the $5,210 Phil Pinkney Memorial Stakes on Wednesday night (Aug. 24) at Inverness Raceway.

Driver Myles Heffernan Sr. sent the Myles Heffernan Jr. trainee for the front and led while pressed by Majian Raptor through a :30.2 first quarter. Majian Raptor continued to race at Defriended's side through a 1:01.2 half but soon retreated on the second circuit while Defriended scooted clear of his competition. Snagging a breather to three-quarters in 1:34.1, Defriended braced for a blitz from pocket-popper Cadillac spinning for home and repelled that challenger in the lane to win by 1-3/4 lengths in 2:02.3. Cadillac settled for second while Up Helly Aa's win streak snapped with the odds-on favourite finishing third.

A homebred for Jackie Heffernan, Defriended won her fifth race from 12 starts and has now earned $21,970. She paid $8 to win.

Miss Brylee Ridge took the $4,595 Phil Pinkney Memorial division for trotting two-year-olds in a non-betting walkover. The filly by Tad The Stud strolled around the Inverness oval to collect her cheque with a 2:11.1 mile for trainer-driver Clare MacDonald, who co-owns the winning filly with Ian Tate, Marcus MacInnis and breeder Arnold Rankin.

Wednesday's card capped with the $1,700 Winners-Over Pace won by Rockemsockem Scott in 1:55.4. The five-year-old Rockin Amadeus gelding sat off the speed while Betterthanbutter led to a :27.4 first quarter. Driver Gerard Kennedy then kicked Rockemsockem Scott off the pegs, charged first over through a :57.2 half to challenge the leader by three-quarters in 1:27 and surge clear to an 8-1/4-length victory. Windemere Best Man tracked the winner's move to settle for second with Thunder Alley taking third.