Biggest Test For Our Girl Annie In Thursday Sires Stakes 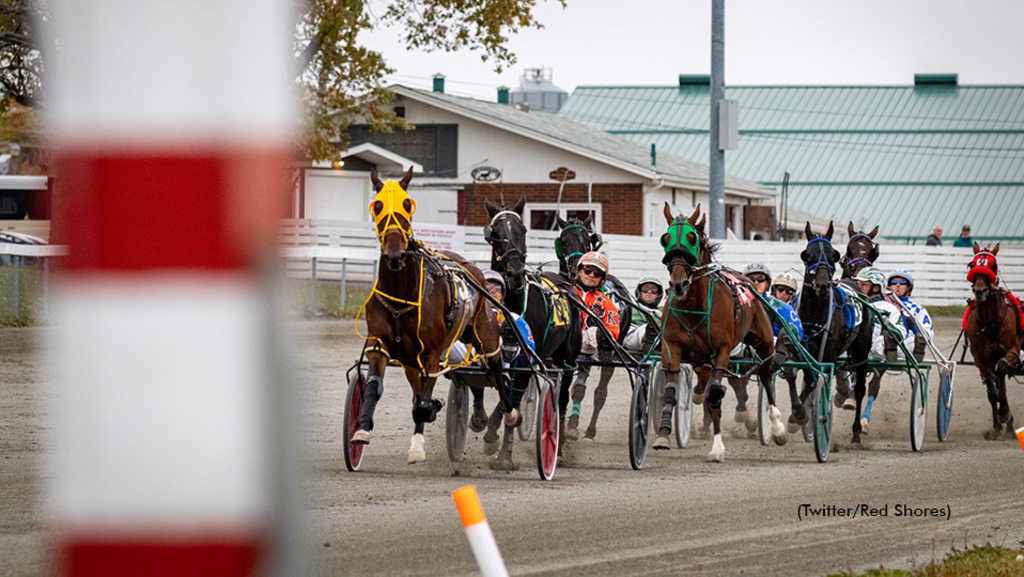 Our Girl Annie has set foot in the winner’s circle following every trip behind the starting gate and will look to repeat that cycle in Atlantic Sires Stakes action Thursday (August 18) evening at Red Shores Racetrack and Casino at the Charlottetown Driving Park.

Old Home Week racing continues Thursday at 7 p.m. with a 12-dash program featuring the Atlantic Sires Stakes for two-year-old pacing fillies with $12,580 A-divisions in races 6, 8 and 10.

The Post Time Picks put Our Girl Annie on top.

“Our Girl Annie has never been beaten in her short career and gets a new driver for this one, but Bradley and Doucette are far from strangers to teaming up to campaign Atlantic Champions. She will have lots of say in the outcome.”

Elm Grove Redwine is the favourite in her $12,580 A-division in race 6 with rail control for trainer-driver David Dowling and owners Alex Quinn, Brittany Watts, and Carl Peterson while sporting two wins and a second from three lifetime starts. Howmac Julia (Jason Hughes) is a top contender from post 2 along with Royoz Allie (Ken Murphy).

Woodmere Jade will leave from the rail in the other $12,580 A-split for driver Myles Heffernan Sr., trainer Myles Heffernan Jr., and owner Jackie Heffernan of Summerville. The Rollwithitharry filly is a two-time winner in her career and will face off with six rivals including Gosistersoulsister (Dowling) and Itsuptoyou (Corey MacPherson).

Catch the action live at the track during Old Home Week festivities or tune into the Race Day broadcast at the Red Shores website.