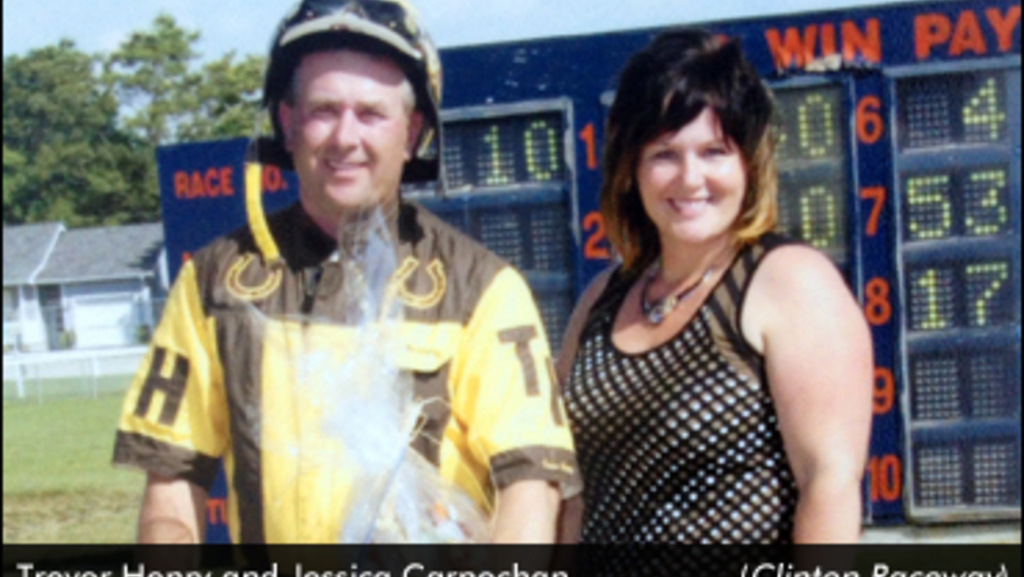 It was a battle to the bitter end in the 35th edition of the annual Charity Driver's Challenge at Clinton Raceway.

Heading into the final dash of the 10-race card, Ryan Holliday led the pack with a 192 point total, scoring points in six of his nine drives. Phil Hudon and Trevor Henry had a five point spread for second and third, making an exciting end to the Sunday afternoon card. 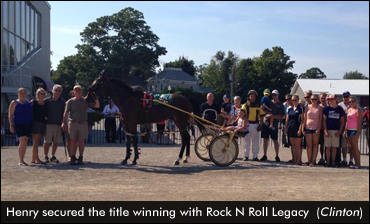 Henry and Rock N Roll Legacy got away second from post position four and used a final fraction of :29.1 to win the $6,000 Preferred 3 finale and score 50 additional points to put him over the top and claim the title of Driver's Challenge Champion. Hudon and Holliday finished seventh and eight, respectively, adding no points to their totals, but keeping Holliday in second with a total of 192 points, and Hudon in third with 155.

"Every year an incredible group of drivers come together to support our chosen charity," said Marketing Manager Jessica Carnochan. "It doesn't matter what it is, they are here and that means a lot to us, and the groups we help fund raise for."

"I'm always happy to win," said three-time champion Henry, "but the real winner here is the veterans and the local legions that are working to support them. I know we're all happy to come out and drive to support them."

Including the driver fees, the chicken BBQ after the races, 50/50 and silent auction, the local branches were able to raise over $6,000. 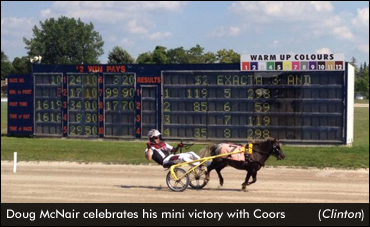 Fans were also treated to a miniature exhibition horse race between the ninth and 10th races, with Doug McNair driving Coors to victory in the quarter-mile race.

Just three Sundays remain for the summer meet at Clinton Raceway. The annual Kids Day event takes place next Sunday, August 23, with an all Memorial Race day on August 30 and the meet wrapping up with the ever popular Legends Day on Sunday, September 6.

A fantastic day. Thanks to

A fantastic day. Thanks to all the drivers who are so supportive of community initiatives across the province. Thanks to Jessica Carnochan and Ian Fleming who work tirelessly to make Clinton Raceway a fan-friendly track that constantly gives back to the community.