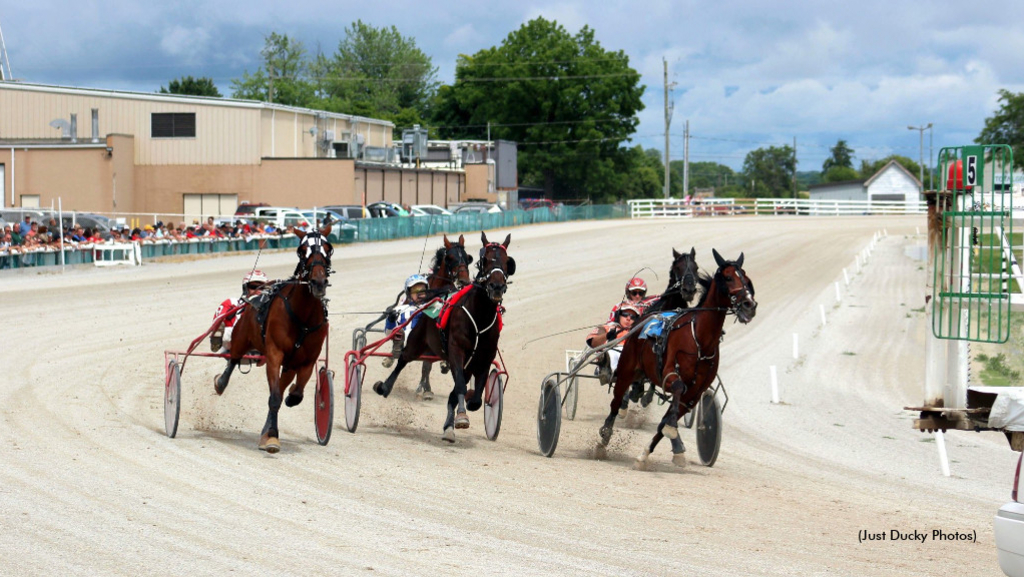 Driver Travis Henry claimed control with Cunning Connie to a :32.2 first quarter while Priceless Resolve raced parked to her outside until breaking stride before the half. Lucy Who then rolled uncovered to take the lead from Cunning Connie after a 1:02.3 half but then broke stride moving to three-quarters in 1:33.2. Cunning Connie inherited the lead coming off the final turn and faced a late challenge from 9-5 favourite Enola, who got around Lucy Who's break in stride and inched closer to the lead but ultimately fell a head short at the end of a 2:04.2 mile. No Angel Like Me rallied for third with Its Sally Deal taking fourth.

Cunning Connie competes for owner Thestable Cunning Connie and has now won one race from three starts, pushing her bankroll to $28,925. Dominic Gladu conditions the $9.40 winner.

Sister Twister survived a first-over grind in the Grassroots other division to score a 2:06.1 victory.

Mass Envy moved for the front to a :32.4 first quarter but faced a challenge from Sister Twister to a 1:04.2 half. The pair raced head to head into the backside with Sweet Carrie T springing three wide to add competition to three-quarters in 1:36.3. Sister Twister surged a length better than Sweet Carrie T coming for the straightaway and held firm as that challenger narrowed the advantage late to settle for second by a half length. Over Yonder rode the pocket to take third from Mass Envy in fourth.

Shayne Barrington conditions Sister Twister, a daughter of Prestidigitator, for owners Jamies Copley, Michael Larkin and Francois Desaulniers. She also now has one win from three starts but has now banked $13,571 in her career. Don Rankin Jr. drove the $10.20 winner.

Monday's handle was the largest at Dresden Raceway since the early 1990's as patrons bet $93,410.

(With files from Dresden Raceway)