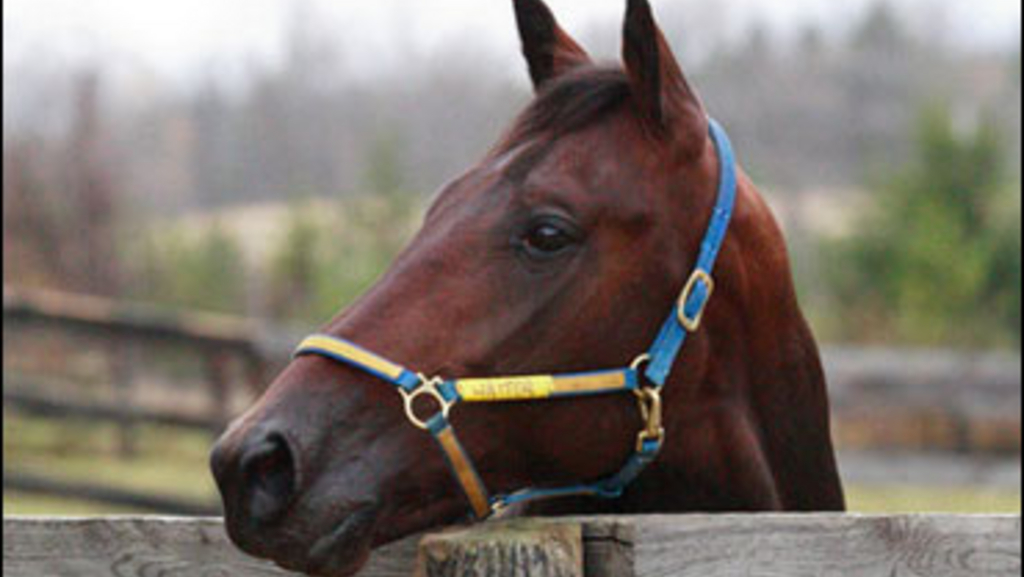 Following an announcement on Friday of the world champion’s retirement, the connections of Sportswriter suggested the idea as a venue for fans to meet the pacer before his trek to Australia in a few weeks to begin his new career at stud.

Sportswriter and Mark MacDonald will lead the post parade for race four (2:50 p.m.). The pacer and trainer Casie Coleman will pose for free photos compliments of Grand River Raceway from 3:30 to 4:30. Sportswriter’s trophies from the North America Cup and Metro Pace will also be on display.

The three-year-old son of Artsplace–Precious Beauty is a winner of $1.6 million. He set a World Record of 1:49.2 in last year’s $1 million Metro Pace and was named champion Two-Year-Old Pacing Colt after winning seven of eight starts. His last career win was in the $1.5 million North America Cup on June 26 at Mohawk Racetrack.

A $50,000 yearling purchase, Sportswriter was campaigned as a two-year-old by Steve Calhoun and West Wins Stable (Casie Coleman/Ross Warriner/Zoltan Kovacs). Southwind Farms purchased an interest in the colt at the end of last season.