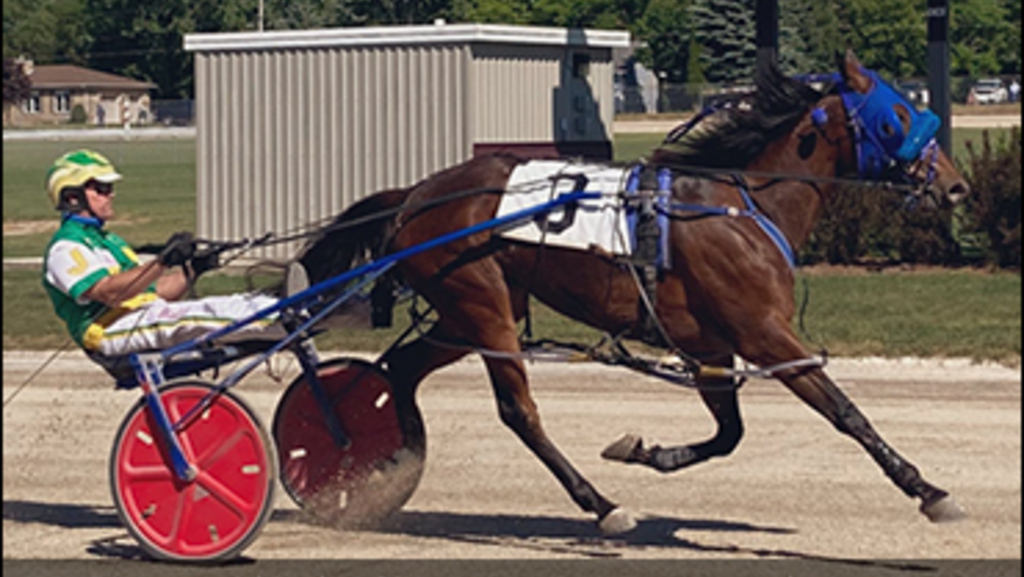 An early break by elimination winner Preeminence (Bob McClure) changed the early complexion of the race, but it ultimately proved a minor plot twist at most. Tuggingoncredit (Louis-Philippe Roy), sent off the 8-5 second choice, out-sprinted Century Gianna (Scott Young) into the first turn and controlled early splits of :29 and :58. On the second circuit, 3-2 favourite High Roller Duke (Doug McNair) emerged from third and offered intensifying first-over pressure to force a 1:27 three-quarter split and set up for what looked to be a final-furlong showdown between the top two choices.

However, the two crowded each other off the home turn and locked wheels, and that incident set the backfield in motion.

Watch My Speed, whom Jody Jamieson positioned second-over behind the brewing duel, vaulted three-wide around the tangled favourites, and she sped off at first asking. Century Gianna was forced to check from the pocket, but emerged up the inside to save second, while Preeminence flew belatedly down the grandstand side to save third after her early mistake.

Trainer Craig Barss shares ownership of Watch My Speed, a daughter of Hes Watching and Ashlees Luck with three wins to her credit, with Nurko Sokolovic.

The Kin Pace, for Ontario-sired three-year-old fillies, has been conducted annually at Clinton Raceway since 2008.

Profound Paragon ($8.40) etched her name in the Clinton Raceway record books with a 1:59 mile — the fastest ever by a sophomore trotting filly at the Huron County oval — in the $22,800 sixth division, evading a stout three-wide challenge from 4-5 favourite Hickman County (Sylvain Filion) off the far turn to win by 1-3/4 lengths. J.B. Renaud drove the daughter of Muscle Mass to the fourth victory of her career for Julie Walker and Steven Titus.

“We were going to give her the month of February off so that we didn’t tire her out for the Sires Stakes season and with that month off and COVID on top of that, she really got thick, she grew up a lot. She’s not really tall, but she got strong,” Julie Walker said. “With the little break and everything we were able to take the trotting hopples off her, and like I said she just kept getting stronger and better.

“Our plan was always just the Grassroots because I’m not sure if she’s a high speed filly, but like you see today, she can go around any shape and size track and that’s kind of fun to have,” added the Carlisle, ON resident. “And she’s very smart, even going to the races today, it’s hot, and she just sits and falls asleep in the cross-ties, and just likes to do her job.”

Three other daughters of Muscle Mass captured their respective Grassroots splits: Moana ($11.20), whose 1:59.2 mile for driver James MacDonald and trainer Shawn Steacy was the second fastest winning Grassroots time; Validation ($6.60), a 2:00 winner in line to Colin Kelly; and Noblesse Duharas ($8.70), who overcame early interference to collar Need An Alibi in 2:02 under Scott Young.

Daughters of Royalty For Life captured the two remaining Grassroots events: Dancing Queen ($21.00), who took advantage of an early break from 1-2 favourite Scorched Romance to record a 2:01 pillar-to-post win in line to Brett MacDonald; and TH Present, who accelerated out of the pocket on the far turn for a 2:02.4 win with Bob McClure aboard.