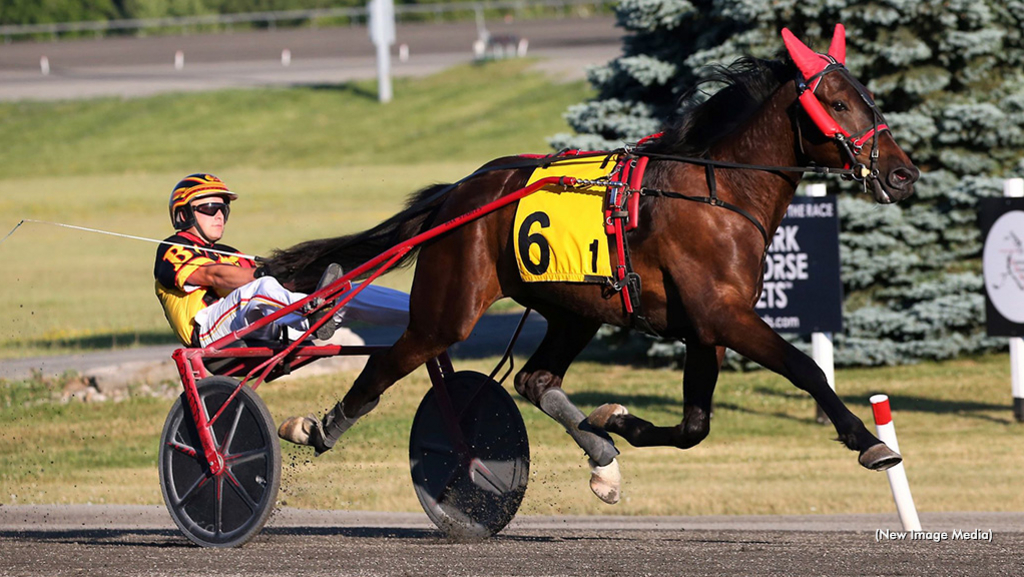 Don’t judge a book by its cover, or in the case of Oh Look Magic — a freshman trotter entered in one of three Ontario Sires Stakes (OSS) Gold divisions on July 4 at Woodbine Mohawk Park... don’t judge a racehorse by its ears.

He doesn’t "Lookslikeachpndale" as his sire's name suggests. He just looks a little different because of a pair of floppy ears — a cosmetic quirk that didn’t stop him from winning in 1:56.4 in his first start.

The result was par for the course. According to Bax Stable’s Matt Bax, "Radar" — as he’s known in the barn — hasn’t done a thing wrong yet.

“You get people who walk past him and see his ears and they chuckle. Then you say, well he went out and he won his first race in [1:]56,” said Bax. “Then they go ‘Really, he did? That horse?’ Like the ears make a difference.”

Bax Stable co-owns Oh Look Magic with Cavalier Stable, and his breeder Glengate Farms. Matt and his father John picked him out as a yearling on a visit to the farm.

“Here he was just a floppy eared horse running around the field,” said Bax. “I don’t think anybody saw him as having too much promise, because what kind of racehorse has these ears flopped off to the side like a rabbit.”

Whatever his ears may look like, his performance on the track and in training speak for themselves. In addition to his three-length win he qualified in a time of 2:01.3 on a blustery day at Woodbine Mohawk Park.

“He keeps getting stronger each time,” said Bax. “In his qualifier he was tough going through (the wind) and was strong. To see what he really had, we thought we needed one more start, and he was very strong in that start. We are very happy with him.”

He’ll face seven challengers in his OSS debut, including Osceola a Muscle Mass son who posted a time of 1:57 in his first win on June 25.

“It’s a long year. You have to manage your own horse,” said Bax. “You let him do what he likes to do in the race. Hopefully it sets up well for him however it goes. But you don’t worry too much about other people. If your horse is good, then hopefully the result is good.”

Two additional Gold divisions for two-year-old trotting colts go Monday at the Campbellville oval, with fields of eight and nine in Races 2 and 8, respectively.