The Latest On Sebastian K 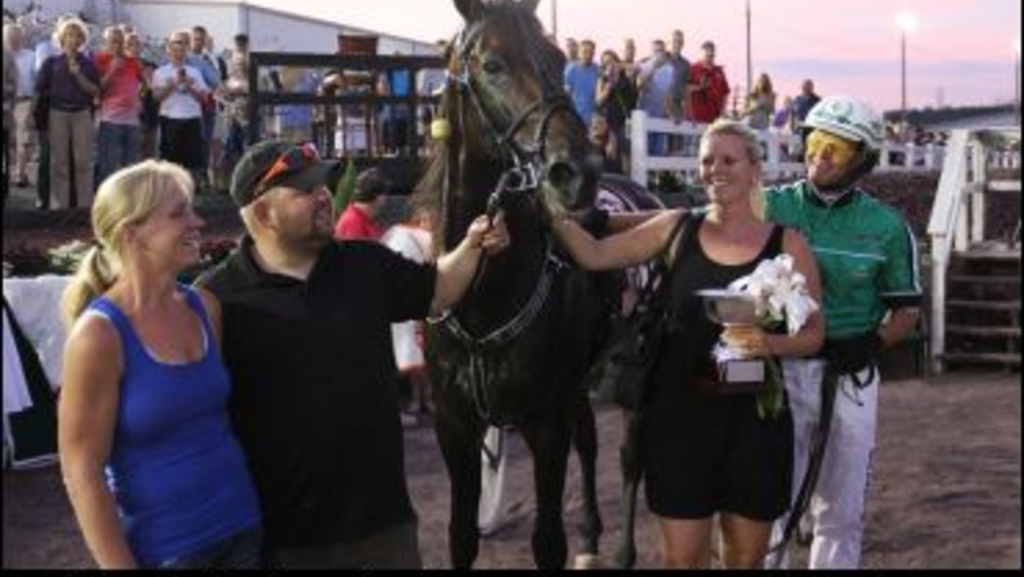 Sebastian K’s co-owner Tristan Sjoberg has brought the harness racing industry up to speed on his multiple world record holder, as he has discussed stud duty, the stellar 2014 season and what the nine-year-old’s 2015 campaign will look like.

Sebastian K is ready to begin his final season of racing and is returning to where he made history.

The award-winning nine-year-old trotter will make his 2015 debut in Saturday’s $75,000 Sun Invitational at The Downs at Mohegan Sun Pocono, the same track where he won in 1:49 last season to establish the record for harness racing’s fastest-ever trotting mile.

Sebastian K and trainer-driver Ake Svanstedt will start from Post 3 in the seven-horse Sun Invitational field and are 3-1 on the morning line. JL Cruze, who has won 13 of 15 races this year, is the 5-2 early favourite. He will start from Post 5 with John Campbell driving for trainer Eric Ell.

The remainder of the field is My Love Bi, Hot Shot Blue Chip, Daylon Miracle, Gural Hanover, and Classic Martine.

Sebastian K, owned by Knutsson Trotting Inc., won eight of 13 races last year and received the Dan Patch Award as the sport’s best older male trotter. He arrived in the U.S. last year after a record-setting career in Europe. The Swedish-born stallion trotted a world-record-equalling 1:50.1 in his debut at the Meadowlands Racetrack and capped a record streak of four consecutive victories in 1:50.3 or faster with his world-record 1:49 triumph at Pocono.

“It was a wonderful year and it was so pleasing to see how well Sebastian K adapted to the North American tracks and conditions,” said Tristan Sjoberg, who with his brother Michael Knutsson makes up Knutsson Trotting Inc. “It was fantastic. We always thought it would suit him, but to see him come flying out of the blocks in (his 2014 debut) and win so convincingly was just great.”

Sebastian K had eight wins and one second-place finish (by a nose) in his first nine races last year. But prior to competing in North America, the horse never raced on consecutive weekends, which he did through last July and into August. Following that stretch, he had only one win and a total of two on-the-board finishes in five starts.

“He is like a Thoroughbred and does not like to race too often, so I wished we would have closed out the season earlier than we did as he was showing signs of fatigue towards October and November,” Sjoberg said. “For us and Ake it will be very beneficial to have that freshman year under our belts. We have learned a lot and have adapted to how things are done in the U.S. in comparison to over in Europe.

“We will shorten the season for Sebastian and only really race him (July) to October as opposed to May to November last year.”

“We decided to breed him this year for the European market as breeders had contacted us since he broke the world record last year,” Sjoberg said. “We are delighted by the demand from Europe and we hope that North American breeders will be as enthusiastic when he retires at the end of this season.”

Sebastian K, who saw his 2015 campaign delayed because of ulcers, prepped for Saturday’s debut with a 1:53.4 win in a qualifier on June 20 at the Meadowlands.

“My expectations are modest as this is very much seen as a ‘bonus’ year for us,” Sjoberg said. “This will be his last year of racing and while he is training very well and actually feels smoother and stronger in training, he is nine years old and should not be at his peak. But he is in great condition and just look what (Breeders Crown champion) Commander Crowe did last year when he was 11 years old.

“I am sure Sebastian K will be as competitive this year as last year. The competition has totally changed with many of last year’s aged trotters retiring or shipped to Europe so he will face a new group of horses and that will be exciting for fans.”

One of the new faces Sebastian K will see is JL Cruze, who enters the Sun Invitational off two victories over Dan Patch Award-winner Father Patrick in the Graduate Series at the Meadowlands. His most recent triumph, on June 19, came in a career-best 1:50.4.

Daylon Miracle, one of three female trotters in the field, along with Dan Patch Award-winner Classic Martine and My Love Bi, heads to the Sun Invitational with three wins in her most recent four starts while Gural Hanover arrives fresh off a 1:53 victory at Harrah’s Philadelphia.