Not as dominant at three as she was last year, Youaremycandygirl regrouped with a change in strategy to win at The Meadows on Saturday, July 28 in one of the three $121,000 divisions of the Quinton Patterson Adioo Volo.

“Sometimes she goes on ‘tilt,’” trainer Ron Burke said, “and she wants to fight you the whole way.” Burke had the 2017 Dan Patch frosh pacing filly champ go through the post parade with the marshal which perhaps cooled her hot temperament and aiding her to jog in 1:50.4. 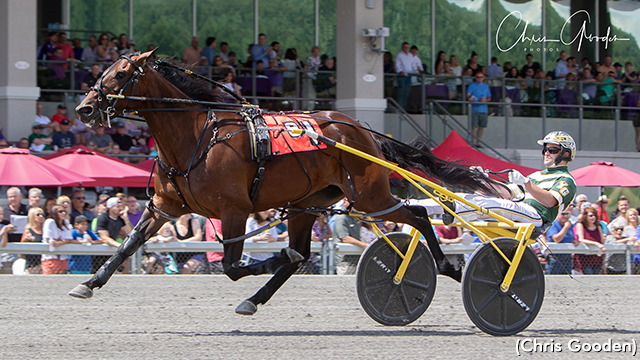 Youaremycandygirl, a daughter of American Ideal-Sweet Lady Jane who has earned $1,065,508 for owner William Donovan, got away third for driver Yannick Gingras before roaring to the lead near the half. She downed the first-over Baron Remy by four-and-a-quarter lengths with early-leader Serene Stride third.

“She was a great horse last year — she still is,” Gingras said. “Things haven’t really gone our way a lot of times so far this year, but she’s a sweetheart of a filly.”

Shuffled to third at the top of the stretch, Alexas Power — the 4-5 favourite — shot through the passing lane for driver Tim Tetrick and won in a career-best 1:52 in another division, a head better than Reign On Me. I’m Trigger Happy completed the ticket. 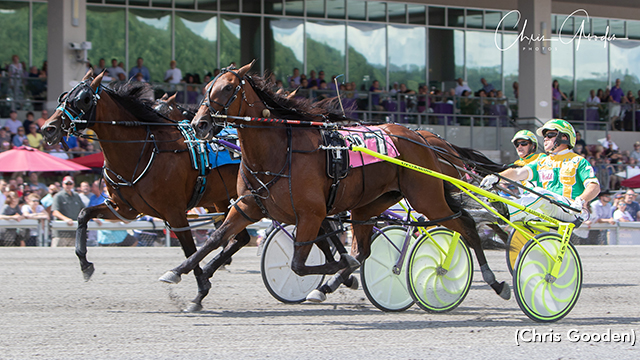 Jim Campbell conditions the daughter of Somebeachsomewhere-Michelle’s Power who lifted her lifetime bankroll to $281,490, for Jeffrey Snyder and Michael Snyder.

Sidewalk Dancer, who took nearly a month off following a poor mile in the James Lynch Final, made a first-over move for driver Brett Miller and scored in the other split in 1:52.1. Painted Lady was second, beaten a length, with Strong Opinion third.

“Going into the Lynch, I thought we could win, and the trip was working out for us,” Miller said. “When I called on her, she didn’t fire. They scoped her after the race, and she was severely sick that night. So she definitely had an excuse. She can go with the top fillies. She can race on the front, but she loves passing horses.”