A Once In A Lifetime Horse For Etsell And Co. 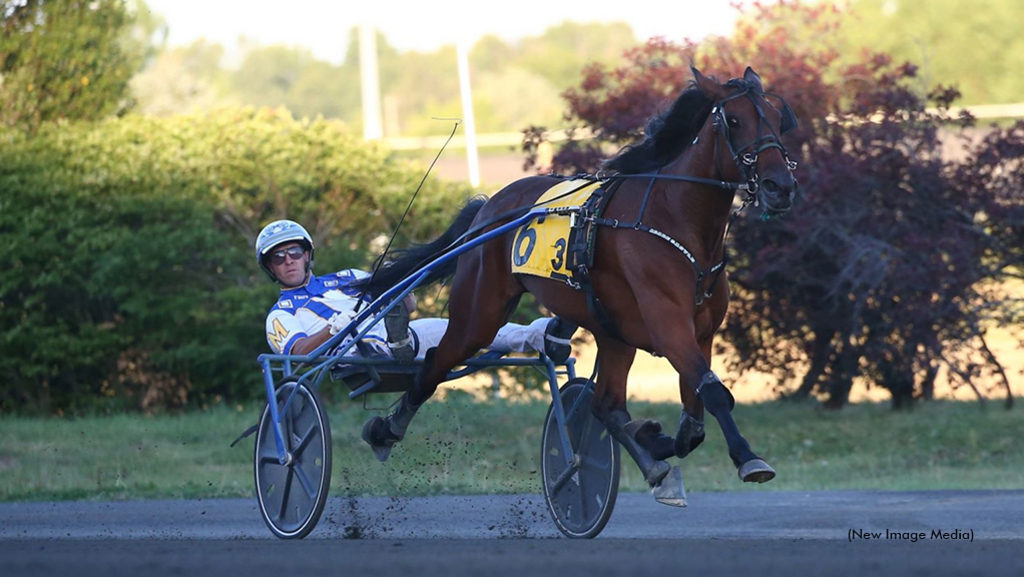 The average price for a yearling at the 2020 Harrisburg Sale was $38,215. Adare Castle was a $10,000 purchase for trainer Mark Etsell and his fellow owners. That $10,000 yearling has turned into the best horse Etsell has ever trained.

“Everybody just feels fortunate that we have this filly,” said Etsell. “You can’t order them this way. They don’t come along often, if ever. We feel very blessed with it and we appreciate it. It’s probably the only one we’ll have like her and we are enjoying the ride.”

After a sensational two-year-old season where she won seven times in nine starts, the Muscle Mass daughter with nearly $770,000 career in earnings for Etsell and co-owners Robert Newton, Graham Hopkins and Peter Porter, has come back at three without missing a step. Her record is 4-1-0 through five starts in her sophomore campaign.

“The biggest reason for her strong comeback is we never over-raced her at two,” said Etsell. “We kept it pretty minimal.”

“When they’re racing every week, their schedule gets changed. It’s not as much work and a little bit more paddock time,” said Etsell. “The biggest thing when we hit the busy schedule will be to keep her happy and not overwork her.”

Etsell has had success with trotting fillies before, his most prolific being Blossom Seelster, who made more than $370,000 in 74 starts along with Fleur Collins, winner of a Champlain division in 1992, and Scent Of A Woman, who won a Peaceful Way division in 1994.

Of his three most successful female trotters, only Blossom Seelster went on to race in the Breeders Crown, something that might be on Adare Castle’s calendar if she continues her winning ways into October when harness racing’s championships come north of the 49th parallel to Woodbine Mohawk Park.

She is not already staked to the race and would have to be supplemented, but it has been discussed by Etsell and his partners.

“When that comes around, we can make that decision a week ahead if she’s healthy and racing good,” said Etsell. “She’s got enough money made so if we need to throw some at that, we can.”

But there is a lot more racing for the prodigious filly between now and the end of October when the Hambletonian Society’s event rolls into town.
Her next start is planned for August 15 at Grand River Raceway in an OSS Gold leg where she will be hard done by to top her performance from 2021 when she set a track record of 1:57.1 for two-year-old trotting fillies in a Gold-winning performance.

One thing you can be sure of is that her owners will be in the stands cheering her on and soaking in the ride of being part of such an amazing filly.

“They’re having a ball. They don’t miss many races,” said Etsell of his partners. “They realize that these are once in a lifetime things. You don’t plan on grabbing one of these horses every year.”

(With files from OR)