Pocono Feature To Fulsome; Zeron To Hospital After 'No Contest' 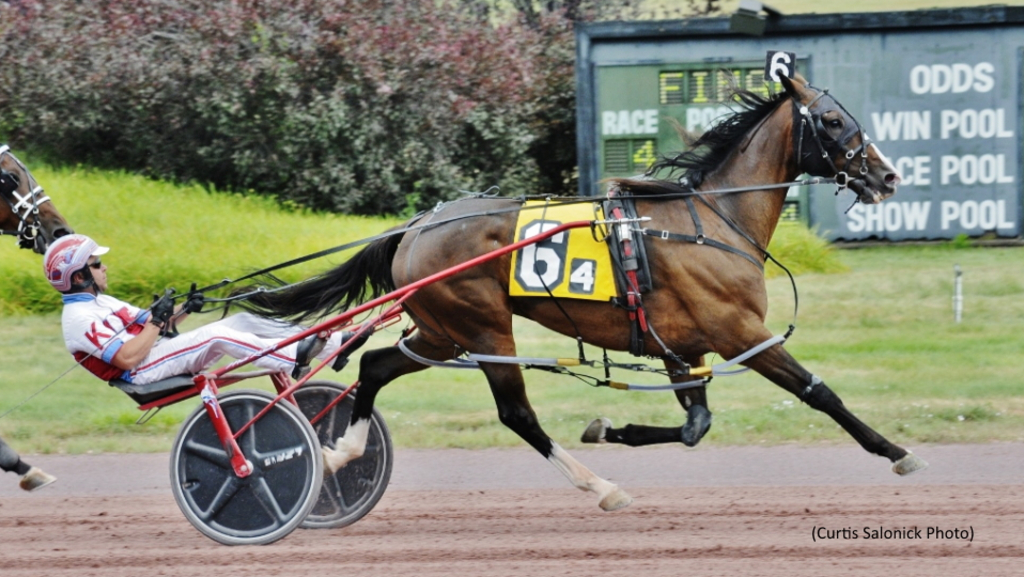 Fulsome was a wire-to-wire winner in the $13,000 featured pace at The Downs at Mohegan Sun Pocono on Tuesday afternoon, stopping the timer in 1:52.4.

Matt Kakaley went to the lead with Fulsome going towards a :27.1 quarter, then had hounding pressure from Frank Deford, who could find no hole and had to race on the outside throughout. Middle splits of :56 and 1:23.3 ensued while those two argued for the lead, and it was only in the stretch that the victorious altered son of Betting Line could shake off that rival, then hold off pocket-sitting  by 1-1/2 lengths, with Frank Deford lasting very well to claim third.

In the first, the Sebastian K S gelding Kaseville enjoyed a drop in company, making two speed moves and controlling the throttle throughout in a 1:54.4 victory, defeating favourite Chucky De Vie by 1-3/4 lengths.

In the other top trot, Mission Voyage was successful in his first mission for trainer Jennifer Bongiorno, taking a new lifetime mark of 1:54.2. George Napolitano, Jr. sent the Manofmanymissions gelding right to the lead, increasing his advantage over most of the last half despite 26 days away from the races to wind up three lengths clear of closer Meadowbranch Ricky.

The sixth race was declared a ‘No Contest’ after an accident affected the event for filly and mare pacers.

Driver Scott Zeron was injured in the mishap, and according to reports was sent to local hospital for examination.  Zeron’s girlfriend, Megan Scran, offered the following update through social media:

“He is in pretty good spirits considering!  Will be spending the night [in the hospital].  Three-inch fracture in pelvis, dislocated shoulder, small break in his left hand and some track rash.  Surgery doesn’t look necessary but he will be out for a while.”

Please join Standardbred in wishing Scott Zeron a full recovery and a speedy return to the races.

(With files from PHHA / Pocono)