A 'Signature' Look For Success? 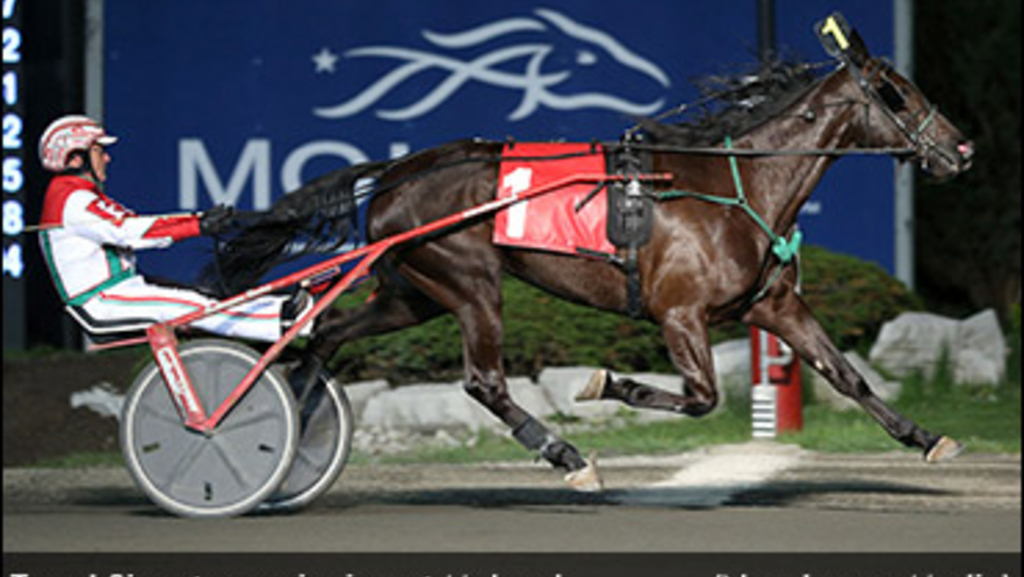 “Her mother was quite the race mare. It means something special to be training her filly; she’s the first one we’ve liked out of her.”

Tymal Signature will be looking to sign some autographs and paycheques on Saturday evening, making her Hanover Raceway debut in the first of four $12,000 Dream of Glory eliminations set to go on the 10-dash card.

Purchased by trainer Mark Etsell along with Robert Newton and Steve Organ at the Forest City Yearling Sale for $17,000 in 2013, she stood out in the catalogue for a very special reason. Her dam, Blossom Seelster, spent much of her career under Etsell’s tutelage, bankrolling nearly $400,000 and trotting to a mark of 1:56 at Pocono Downs. She was a dominating presence in her three-year-old season, adding impressive performances in the Trillium Series and Elegantimage Consolation to her resume.

Having closely examined each of her four other offspring carefully come sale season, Tymal Signature was the first to stand out.

“She’s the one of the bunch that was most similar to her mother, gait wise, attitude and general appearance,” said Etsell.

A late bloomer, the Deweycheatumnhowe filly got her start racing in the December of her two-year-old season, putting in two miles at Flamboro Downs. Moving directly into her sophomore campaign due to her late debut, the trotter started finding her racing legs on the big Woodbine oval.

“She was green and didn’t have a lot of experience so every day was a new experience for her. She kept getting stronger as time went on and learned how to race.”

Having spent most of her year on the WEG circuit, the filly has trotted her way to a 3-5-3 record in eighteen starts, earning over $50,000 for her connections and picking up a tidy mark of 1:54.2 at Mohawk with Mario Baillargeon.

“She went through a spell there in May where she was really, really good. Then she got a little sick and we didn’t really know about it, it didn’t show up in any tests. We worked our way through that and she had a couple bad starts. She’s back on her game and ready go to now.”

Getting her last start before the Dream of Glory eliminations in an Ontario Sires Stakes Grassroots event at Georgian Downs, the post time favourite was denied victory by a neck, trotting home in 28.4 for a 1:57 mile.

“She definitely performed much better last week at Georgian, got home better and overall raced better. Mario thought she was getting back to where she’s supposed to be.”

Etsell is confident that fans will see a strong performance from his trainee, seemingly back on form and likely to be a tough contender on the Saturday card. Drawing the five hole in a six-horse field, he will be at the lines as they aim to earn a spot in the $75,000 final on August 1.

“I’d like to say we’ll see the similar kind of effort and performance that we saw at Mohawk (in the Dream of Glory). I hope she comes back to that, she’s well capable of it.”

“It’s a short field at Hanover, you never know with trotters how it’ll work out. That’s the scary part!”

To view the entries for Saturday's card at Hanover, click one of the following links: -- .