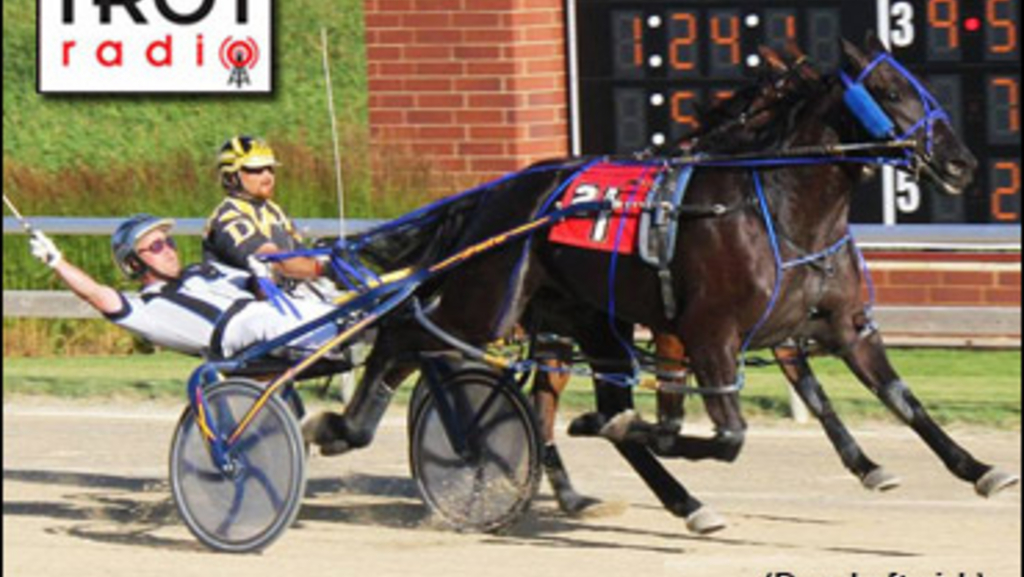 Ever since an accident put his career in question, driver Jim Marino has approached life with a different outlook. That newfound outlook is paying off in spades as the B.C. resident has shifted east for the summer.

In January of 2015, Marino was involved in his second accident within a week at Fraser Downs. While the first one wasn't serious, the second one required multiple surgeries. Doctors had to repair his ACL and the other collateral ligament in his left knee and added screws to a broken femur bone. He also broke both bones in his left wrist, requiring a plate and screws for corrective healing.

Marino returned to the racebike that summer but the time away changed his approach to his profession and more broadly, his life. So instead of returning to Alberta for the summer, he packed up for the 2016 meet at Running Aces in Minnesota.

"I thought I'd change my way of thinking and start trying some new things and have a little fun with my life, so I thought maybe I'd try down here in the United States...it seemed like a nice place, I knew some people here so I gave it a shot."

Marino ranks in the top ten among the drivers at Running Aces, but just as important as his success is the fact that he's enjoying his time in Minnesota.

Once Fraser Downs reopens, Marino guarantees he'll he back there. That's still home for him and notes that he has some two-year-olds he's gearing up for the stakes season in B.C.

Last week, Marino won his 2,000th race and while he was pleased to hit the milestone he was more pleased just to be able to compete given the severity of his 2015 accident.

"After the accident, I wasn't even sure if I was going to get back to driving again or if I could even do it again physically. After putting all that work into rehab, I thought I did want to start driving again and I knew that number was close by so it was good to get it. Who knows if I'll get 3,000 but for now I'm just going to keep doing what I'm doing."

It's that same view that allows him to truly appreciate his spot in the National Driving Championship as well. Marino has been there before but this time around it will mean more given the path he's been forced to take to get there.

"I think I'm going to appreciate it a lot more this time because, like I said, I had some time on the sidelines and I really stepped back to take a look at everything. I think before it was fun, and I'm sure it's going to be fun again and I can't wait."

To listen to the full interview between Marino and Trot Radio's Norm Borg, click the play button below.