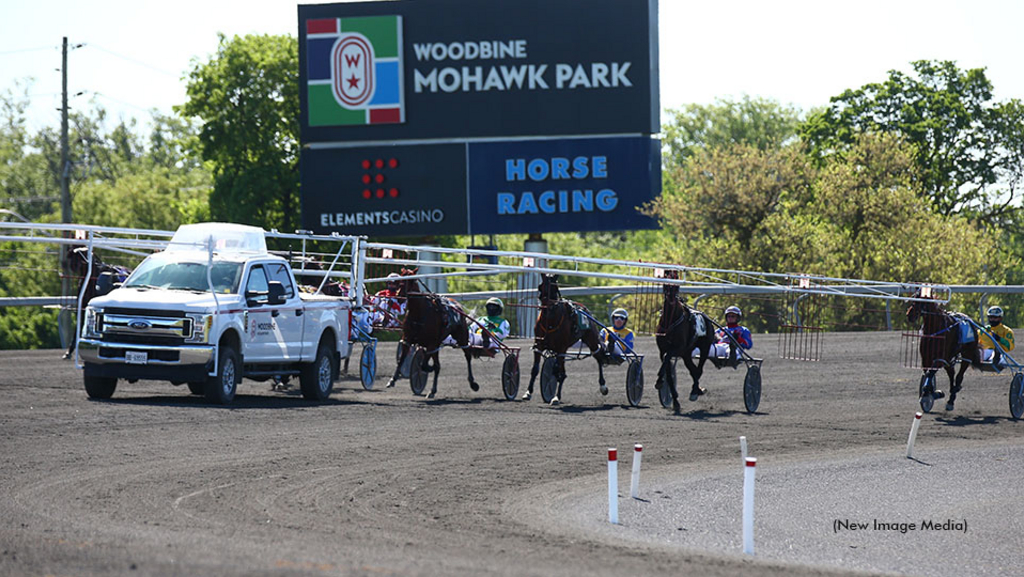 James MacDonald floated the Millar Farms homebred away into fourth from the outside six slot as the early action on the front end settled. After fractions of :28.2 and :57.3, MacDonald sent Betterhavemymoney after his stablemate Aviator, who moved to the front for Trevor Henry on the way to three-quarters in 1:25.2. Coming off the final turn, Betterhavemymoney pulled away from his barn buddy, winning by three lengths in 1:54.1 with a :28.4 final frame. Ontop Rainman finished second over Aviator for Michael and Walter Whelan.

The connections of the Betterthancheddar gelding are targeting the Ontario Sires Stakes Gold on August 7 at Georgian Downs for his first stakes engagement of the season.

Former O'Brien Award-winning trotter Run Director later romped to a 14-length score in 1:55 flat with Sylvain Filion along for the ride. Trained by Shane Weber for Thomas Rankin and Elizabeth Rankin, the seven-year-old homebred son of Kadabra with nearly $670,000 banked lifetime was making his third qualifying start this year on the comeback trail after a short but perfect three-race season in 2021. Locatelli and Ufton Abby Hanover rounded out the top three finishers.

Among the two-year-old winners, trainer Shawn Steacy sent out a pair of pacing fillies including Sylvia Hanover (Always B Miki-Shyaway), who scored for the second week in a row, closing out her 1:56.2 mile with a :28 final quarter, and Twin Delight (Bettors Delight-Twin B Cheeks), who made her second qualifying start a winning one with an 11-length score in 1:57.3.

A replay of the video stream from the qualifiers is available below.