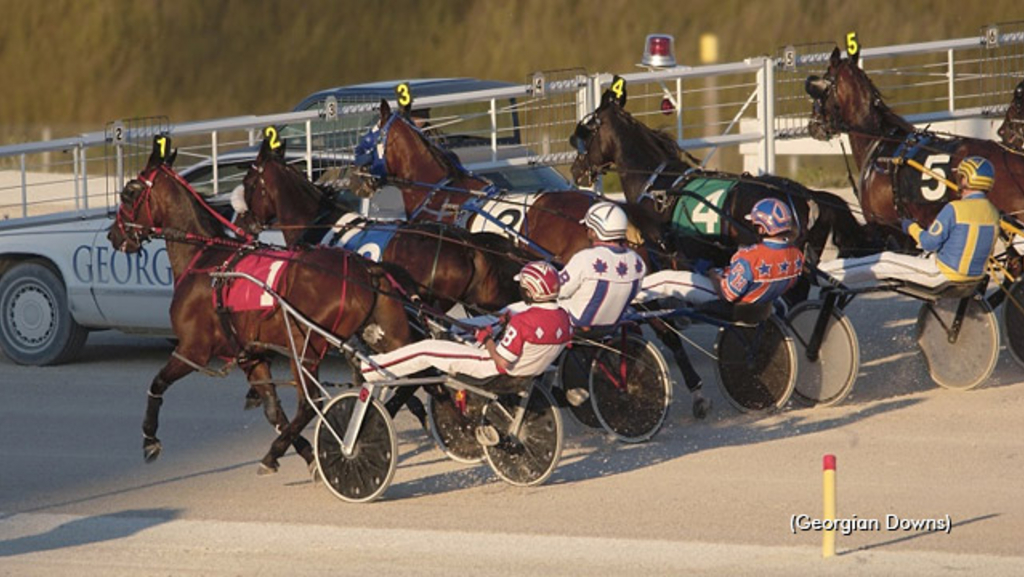 Two-year-old pacing fillies were out in full force Tuesday evening at Georgian Downs in three divisions of the Prospect Series.

Brett MacDonald hustled her to the top and after carving out fractions of :28.3, :58.2 and 1:26.4 the Richard Moreau trainee kicked home in :28.4 to win by two lengths over Chakka.  Betterontheisland rounded out the top three finishers.

Sent off at odds of 7-2, the daughter of Sportswriter-Stonebridge Rumor won at first asking for the partnership of Ecurie Francis Richard Inc, Gaston Bibeau, Guillaume Desrochers and Eric Bibeau.

Paddy Melt also shed her maiden status thanks to her 1:55.2 triumph in the second division.

J Harris got away fourth with the favourite while Chocolateforlunch marched to the lead and laid down panels of :27.3, :57.2 and 1:25.2.  Paddy Melt out-kicked them home thanks to her :28.4 closing speed.  It was enough to earn her the win by three-quarters of a length over Premier Tess.  Chocolateforlunch was third.

Shes Truckin Now pulled off a 7-1 upset in the final division as she knocked off heavily favoured Pocahontas Du Lac.

Teesha Symes trains the rookie for Shirley Symes of .  She’s assembled a 1-0-1 record in her first two outings.