Alagna Head Of The Class With Four Kindergarten Winners 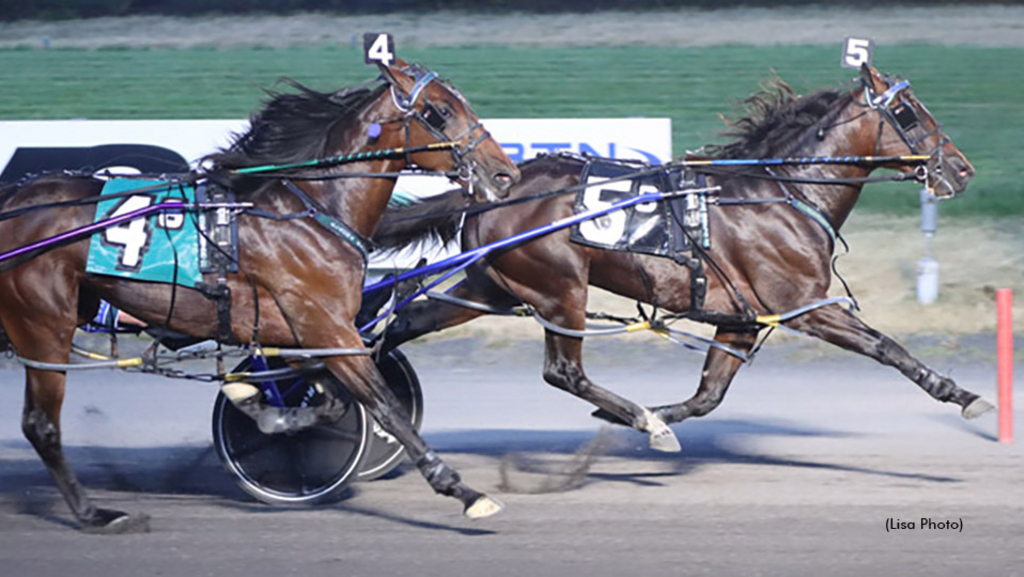 When you have 31 horses in on a card, you figure to have a good night, and trainer Tony Alagna did just that Friday (July 15) at The Meadowlands, winning four of the 11 $20,000 divisions of the first leg of the Kindergarten Series for two-year-olds.

The “Alagna Armada” got things underway in the fourth race when Mambacita made it two-for-two in betting races after scoring in a filly trot division in 1:54.2, hitting the wire 3-3/4 lengths in front of 3-5 favourite Bond. The daughter of Tactical Landing-Bills Lady took the lead while parked out at the half and coasted home from there for driver Dave Miller as the 2-1 second choice.

Hungry Man lived up to his billing as the 2-5 public choice in the fifth but gave his backers a scare while scoring in a split for colts and geldings on the pace in 1:50.1. Driven by Todd McCarthy, the son of Stay Hungry-Big McDeal powered up to the top by two lengths at the head of the stretch after going a three-hole trip before having to hold off a late-charging Blue Hunt by a nose.

Alagna completed a natural hat trick with 3-5 favourite Hungry Angel Boy in the sixth in another division for male pacers. The son of Stay Hungry-Angel Scent, who was piloted by McCarthy, cruised around the mile oval on an open lead before holding off Kopi Luwak – who was sharp in deep stretch – by a half-length in 1:50.2.

Caviart Marcella capped Alagna’s four-bagger with a 6-1 upset from off the pace with driver Scott Zeron in a division for filly pacers in race 12. Zeron got his horse into contention on the far turn, and just after 9-5 favourite Reggae Hanover went off stride while challenging leader Seashell, the face of the race changed. Seashell weakened inside the final sixteenth as Caviart Marcella, a daughter of Stay Hungry-Caviart Malin, charged home after getting a second-over trip to get a head win over Cantgetuoutamymind in 1:53.2.

For the night, Alagna-trained horses cashed 18 cheques by finishing fifth or better.

A LITTLE MORE: Zeron topped the driver colony with three winners on the program. Yannick Gingras, Todd McCarthy, Andy McCarthy and Miller all had two apiece. … Nancy Takter trained a pair to victory lane. … All-source handle totalled $2,616,474. … Racing resumes Saturday at 6:20 p.m. with the $600,000 Meadowlands Pace serving as the marquee event on a card that will feature eight stakes events with purses totalling $2.34 million. If you can’t make it out to the track, the big races will be shown live on Fox Sports 2 from 8-11 p.m.

(With files from Meadowlands)