From Across The Pond To The Pace 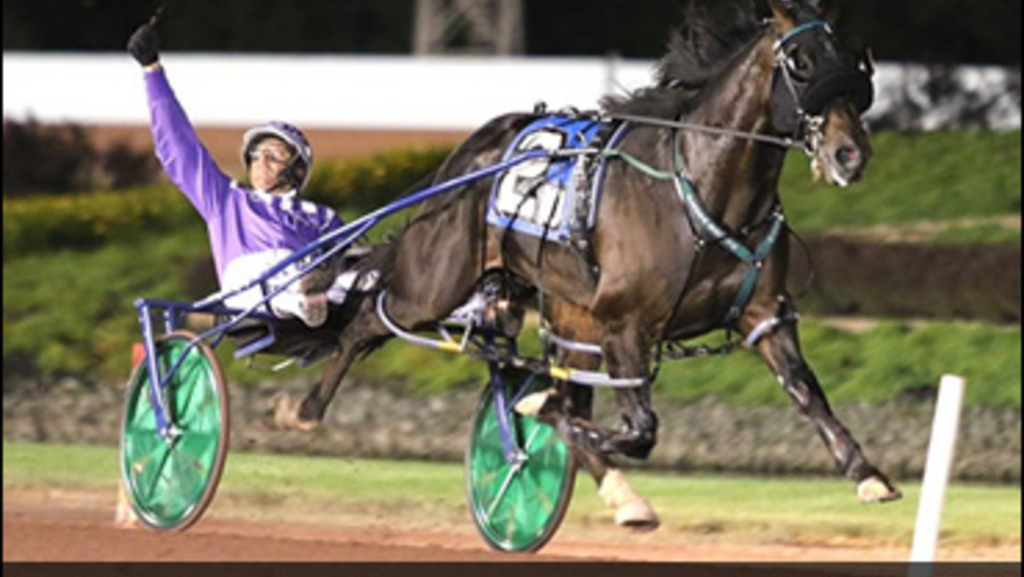 Racing Hill heads to Saturday’s $732,050 Crawford Farms Meadowlands Pace as the 9-5 morning line favourite. And while the colt’s trip to the Meadowlands Racetrack will consist of a relatively short trailer ride on the New Jersey Turnpike, his owner’s journey will be considerably longer.

Tom Hill, a 64-year-old lifelong participant in harness racing, will be joining Racing Hill at the Big M from his home in the United Kingdom. It will be Hill’s second trip to a Meadowlands Pace; his colt Art Colony participated in the 2009 edition of the event, which was won by Well Said.

Racing Hill will start the Meadowlands Pace from post No. 4 with Brett Miller driving for trainer Tony Alagna.

“I’m very, very excited,” said Hill, who in addition to owning Racing Hill also bred the colt. “It’s a race we’ve really wanted to win. It’s a premier race. To me, it’s the premier race in the U.S. and I think (Racing Hill) will make a good showing. We’re hoping we get a bit of luck. I don’t care how good they are, you still need to carry a bit of luck.”

“He’d raced five weeks in a row so to be able to get a bye was nice for the horse,” trainer Alagna said. “He came out of the Hempt good, trained back good (Tuesday) and we were fortunate enough to get nice luck of the draw and hit the four hole. I think we’re coming into the race in as good shape as we can be.”

Alagna won the 2013 Meadowlands Pace with Captaintreacherous, who also received a bye to the final following a victory in the Hempt Memorial.

“I don’t mind following that pattern,” Alagna said with a laugh.

Racing Hill, a son of 2011 Meadowlands Pace winner Roll With Joe out of the mare Chasing Ideals, has won seven of 16 career races and earned $649,662.

Last year, Racing Hill won five of 10 starts, including divisions of the International Stallion and Bluegrass stakes as well as his elimination for the Breeders Crown. He finished eighth in the Breeders Crown final, but was only 5-3/4 lengths back after a first-over bid around the final turn on a “good” track at Woodbine.

“He was tremendous as a two-year-old,” Hill said. “He got real sick in Canada (in early September). When Tony took him back home he cleaned him up and put him on Lasix and the horse came right around. He won in (1):51.2 for fun at The Red Mile, and the track was slow that day because of rain. So we knew he was a top colt.”

“It makes it very special that he’s a homebred,” Hill said. “It’s a good maternal line. And I think Roll With Joe, for the time he’s been at stud, has achieved a lot.

“Hopefully this guy can be a stallion. He looks tremendous and he’s got all the attributes that you’d expect a top stallion to have. He’s laid back, he’s a good racehorse, he’s easy to drive, and he looks after himself. If he passes that on, he’d be a good stallion.”

“I’ve had horses all my life,” said Hill, who made his career operating retirement and holiday trailer home businesses. “My father used to have them and we sent horses over to race at the Meadowlands in the ’80s and horses to Canada in the ’70s. We’ve tried to carry on, basically. Thank God we’ve been reasonably successful.”

In the lone Meadowlands Pace elimination last Saturday, Control The Moment stormed home with a :26.2 final quarter to win by a length in a lifetime best 1:49.2. Lyons Snyder finished second with JK Will Power third.

“He’s a really nice horse, no question about it,” said winning driver Brian Sears, who was sitting behind Control The Moment for the first time. “He did everything I asked. He was nice and relaxed and I was real pleased with the way he got home. It was a big effort.

“The horse looks like he races real good from off the pace and the trip worked out nice and he exploded coming home.”

Control The Moment, Canada’s O’Brien Award winner last year, won eight of nine starts at age two and has won two of six races this season. He finished fourth in the Hempt Memorial and third in the North America Cup.

“I was never discouraged with him,” co-owner Howard Taylor said. “I was discouraged by the finishes, but not with how he raced. I don’t think he had a bad race. But (Saturday) was just scary. I was shocked. I had an opinion, and I was quoted, that I thought he was better on the front. After (Saturday) I have to admit I was wrong. That was just too much.”

The complete field for the Meadowlands Pace is as follows: