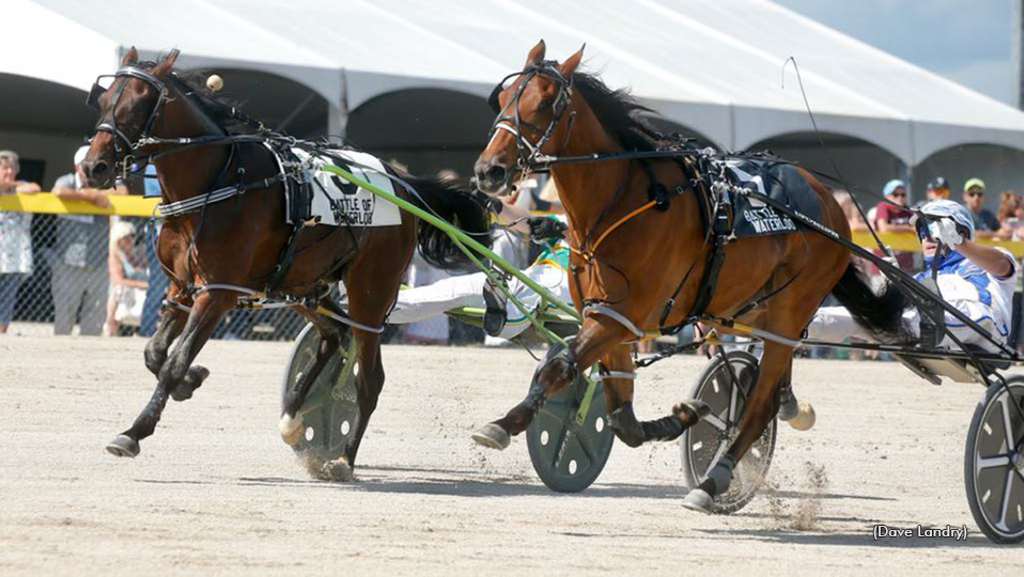 After a :29.4 opening quarter, Betterhavemymoney swept to command around the early leaders and reached the half in :58.3 for regular reinsman James MacDonald. The Betterthancheddar-Whosluckierthanme gelding then cruised to three-quarters in 1:28.2 before sprinting home in :27 flat into the wind to complete the mile in 1:55.2.  Shes Watching Me, who made front early on, broke stride in the stretch leaving Betterhavemymoney all alone on the lead. He won by 15 lengths, with Ontop Rainman and Ezzzpzzz rounding out the top three.

"We are very pleased with how Betterhavemymoney came back today," Nick Gallucci, who trains the the Millar Farms homebred, told Trot Insider. "We had a few bumps in the road training back. But we always put the horses first and would never doing anything to jeopardize their well being.

"He went exactly where we were planning -- 1:55 -- and James said he felt great. He looked very relaxed and if we can keep him that way, he should finish the year well."

Betterhavemymoney will qualify again next week then the connections will be looking for a race at Mohawk. Gallucci said if everything remains on track, his first stakes race will be the Ontario Sires Stakes Gold on August 7 at Georgian Downs.

Last year, Betterhavemymoney put together an award-winning rookie campaign and was named Canada's Two-Year-Old Pacing Colt of the Year. The Battle of Waterloo champion and two-time Ontario Sires Stakes Gold winner earned $335,474 and ended his debut season with a record reading 4-1-2- from 10 starts.

The same connections also watched rookie Winmebak (Shadow Play-Winbak Speedi) pace home in :28.4 for an 11-length victory in 1:57.4 and another sophomore pacer win his first qualifier of the season as Gold winner Aviator romped to a 12-length victory in 1:56.3. The former was a $67,000 yearling purchase from the Winbak Farm consignment at the Harrisburg sale and the latter a Millar Farms homebred by Sportswriter out of Epoxy Queen.

Gallucci's own trotter Mikey Mass, co-owned with Vince Gallucci, Frank Cirillo and Bruno Didiomede, tuned up with a 1:57.3 qualifying win off a pocket trip with Jonathan Drury in the bike. He trotted his last quarter in :28 to catch the front-stepper and former O'Brien Award winner Run Director by half a length, with White Tiger finishing third.

Sombodyitreasure, a five-year-old Somebeachsomewhere gelding with 11 wins stateside, was the fastest of the morning session in 1:53.4 and four-year-old Netherlands import Lucas NL scored on the trot in 2:00 as they both recorded their first charted lines on Canadian soil for trainer Richard Moreau.

Other winners were two-year-olds Edge Of The World (Sunshine Beach-Mileys Big World) in 1:59.3 for the Rob Fellows stable; the Shawn Steacy-trained debuting filly Sylvia Hanover (Always B Miki-Shyaway), a half-sister to double millionaire Western Fame, in 2:00.1; and Determination's big ticket trotting colt Craft Made (Walner-Woodshopper), a $610,000 yearling purchase in Harrisburg, debuting in 2:01.1 over stablemate Silly Me Hanover (Walner-Shared Past) for trainer Luc Blais.

A replay of the video stream from Tuesday's qualifiers is available below.