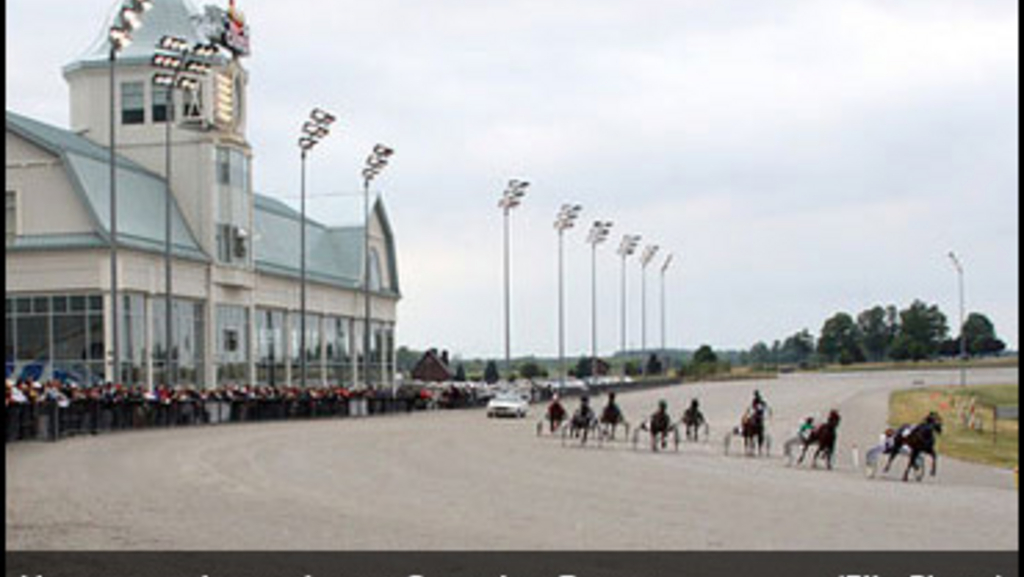 After gapping slightly from fourth midway through the first of three $72,267 divisions (race three), the debuting Midnight Miracle caught the top trio on approach to the backstretch and followed 9-5 joint favourite Dashing Muscle (Paul MacDonell) into contention up the backstretch. While Dashing Muscle engaged pacesetter Tealicious (Rick Zeron) in a duel on the final turn, Bob McClure angled Midnight Miracle three-wide to strike, and the daughter of Muscle Mass and Oaklea Rae used a :29.1 closing sectional to reach the lead in the final sixteenth as the pace imploded. Great Dane (James MacDonald) saved second from the pocket, 1-1/4 lengths back, while Up And Ready (Doug McNair) closed belatedly to narrowly miss the runner-up spot.

"I told Bobby to float her out of there and try to get away top three, I said, but he got four so that’s okay," said trainer Mark Etsell, who owns and bred Midnight Miracle in partnership with Robert Newton and Chuan Tan. "I said, 'Once she sees daylight, she can kind of trot, but as soon as she doesn’t see them, she’ll let up on you, so just be aware of that.' You time it kind of right, because she’s green and she doesn’t know any different. She knows enough to go by, and then that’s it. And then she’ll let up.”

“We were pretty happy with her, at least I was, anyways. I don’t know about anybody else, but I was.”

Another daughter of Muscle Mass found victory in the second division (race five), as Fox Valley Liza ($3.60) lived up to odds-on billing with a 1:59.2 pillar-to-post victory. In line to Sylvain Filion, the daughter of Super Renee cleared Blackout Riley (James MacDonald) from post six and controlled soft splits of :30.1, 1:00.2 and 1:30.2 before opening up her final margin of victory to three lengths. Blackout Riley battled to reclaim second after being headed on the far turn, and Meadowview Lilly (Etsell) rallied mildly off cover for third.

After just missing from the pocket in her career debut at Pocono, Fox Valley Liza converted in her second career start for Anthony Lombardi, the Henshaut Stable and George Golemes. Benoit Baillargeon has taken over her training duties north of the border after Erv Miller handled the rookie's early preparations.

"She’s just come to me 10 days ago," Baillargeon said. "She’s exactly everything that Erv Miller told me — she’s very professional, a very nice filly to be around, and she won pretty handy."

"She knows her business and Erv said she’s been professional from day one. She’s like a four-year-old horse, like a very nice mare."

The third division (race seven) resulted in a significant upset, when a pair of breaking fillies on the final turn gave Classy Carol ($36.50) the room she needed to rally out of severe traffic trouble. The daughter of Royalty For Life was mired in traffic up the backstretch, four lengths behind duelling favourites Warrawee Welcome (Mario Baillargeon) and Stonebridge Alegra (Jonathan Drury) past three-quarters in 1:30.2. When Stonebridge Alegra broke stride nearing the top of the stretch and subsequently forced a mistake from the second-over Honours Angel, All R Wishes (McClure) found room to vacate the pocket, enabling Classy Carol to slide up to that spot before wedging up the pegs en route to a 2:01.1 victory. Flanagan Destiny (Chris Christoforou) remained flat after losing cover and rallied for a narrow second, 1-1/4 lengths back, while All R Wishes protected third from her pocket trip.

Classy Carol, a daughter of Royalty For Life and Very Classy, made her career debut a winning one for trainer John Bax and the Bax Stable, David Hudson, Gordon Wright and Robert Van Camp.

“She’s my daughter Robyn’s favourite horse. She’s spoiled and she’s good natured, good to be around, and turns out she wants to win, so that’s even better,” said trainer John Bax. “She wants to go ahead, and you can’t teach that, they’ve either got it or they don’t, so it’s nice.”

(with quotes from OSS)