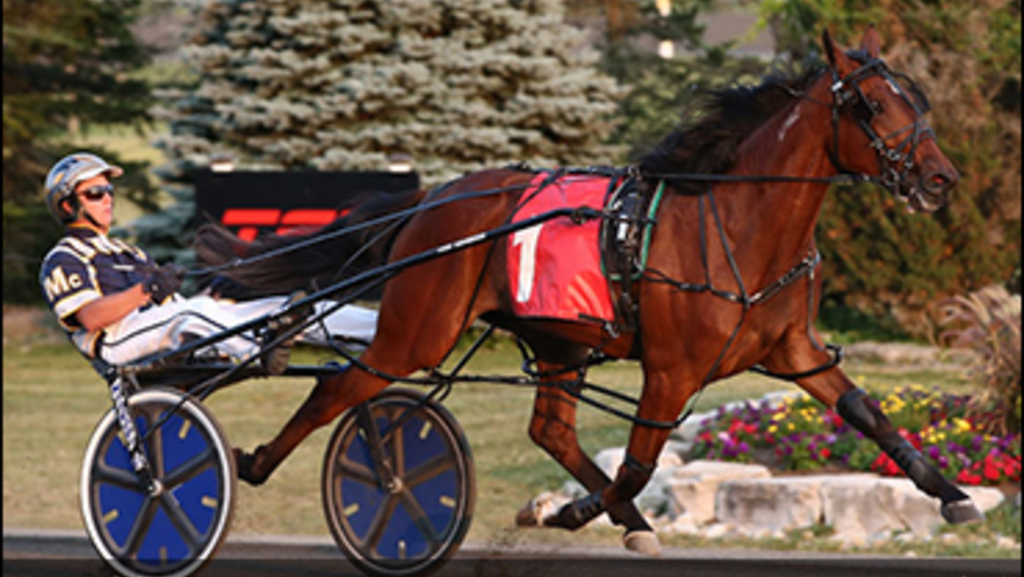 John Pentland's Powerful Chris ($12.60) lived up to her name on Tuesday evening (July 10) at Woodbine Mohawk Park, unleashing a powerful push to the fore up the backstretch en route to an eight and three-quarter-length romp on debut in her Ontario Sires Stakes Grassroots event for two-year-old pacing fillies.

The Winbak Farms bred daughter of Betterthancheddar and Cell Power was unhurried early in her $19,850 Grassroots split, stalking patiently from mid-division while Lady Maya (James MacDonald) and Mary Read (Trevor Henry) alternated on the lead through and just beyond a :28 first quarter. Bob McClure put Powerful Chris in motion up the far side and pushed clear of Mary Read boldly after a :57.1 half.

Once Powerful Chris struck the front, there was no catching her. She gained immediate separation on the sweeping far turn and outpaced her ten foes in 1:53.1, the fastest Grassroots mile of the night by a full second. Lady Maya emerged from traffic to save a no-match second, while Sugar Shadow (Doug McNair) was a flattening third after chasing the winner's cover into second on the far turn.

Sportswriter fillies took three of the night's six Grassroots heats, as Soft Wind Hanover ($6.90, McNair, 1:54.1), Sporty Song ($22.90, Paul MacDonell, 1:55.3) and Buckingham ($14.10, Anthony MacDonald, 1:56) all proved victorious in their divisions. Buckingham capped a stakes double for TheStable.ca and trainer Kevin McMaster, who also teamed up with Bettors Delight filly Hard Eight ($49.50, MacDonald, 1:56), the longest-priced winner on the night. Dave Menary trainee Blossomonthebeach ($13.90) represented the progeny of Sunshine Beach well in the first division, kicking off the night's stakes action with a 1:54.3 score in rein to Jody Jamieson.