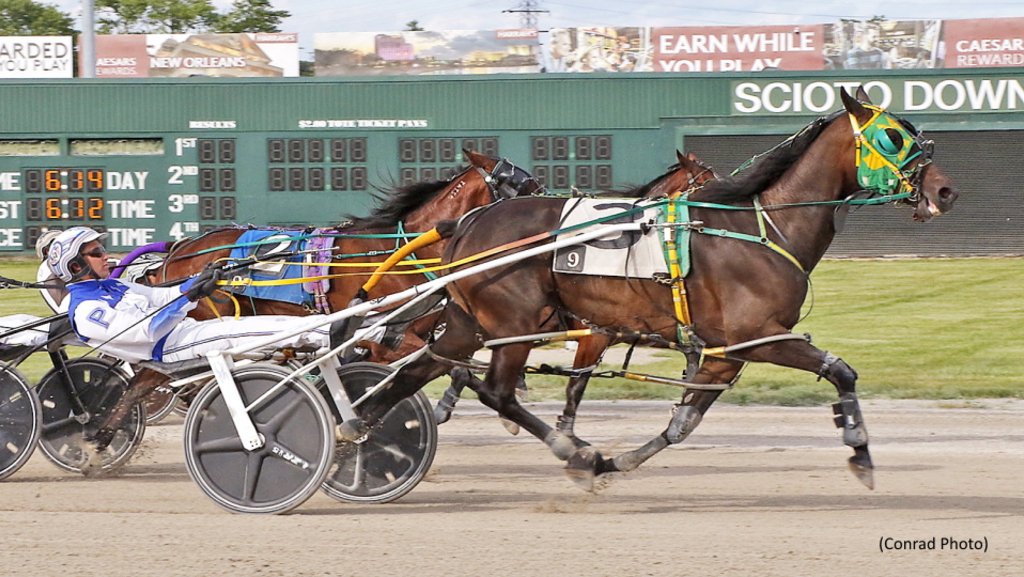 The Thursday race program at Eldorado Scioto Downs turned into one to remember for both Tim Maier and Chris Page.

Maier has been eyeing his 1,000th training win for several months. That feat finally came in the second race with Cantfindabettorman. The five-year-old gelded son of Bettors Delight was driven across the wire by Austin Hanners in 1:54.1.

“I’m happy to have done it here [in ]. I was born here,” said Maier when reminiscing. Maier spent decades racing in before returning to where he now resides with his wife.

On the driving side, Page reached his 6,000th lifetime win in Race 9 behind Lovely Munro. The four-year-old mare by Mcardle is trained by J D Perrin for Ameer Najor.

Page began his driving career in 2000 at his hometown county fair in . Although his first start landed him a sixth-place finish, Page has now bankrolled over $55 million in lifetime earnings.

Racing continues Friday at 3 p.m. with the second leg of the Buckeye Stallion Series highlighting the program.