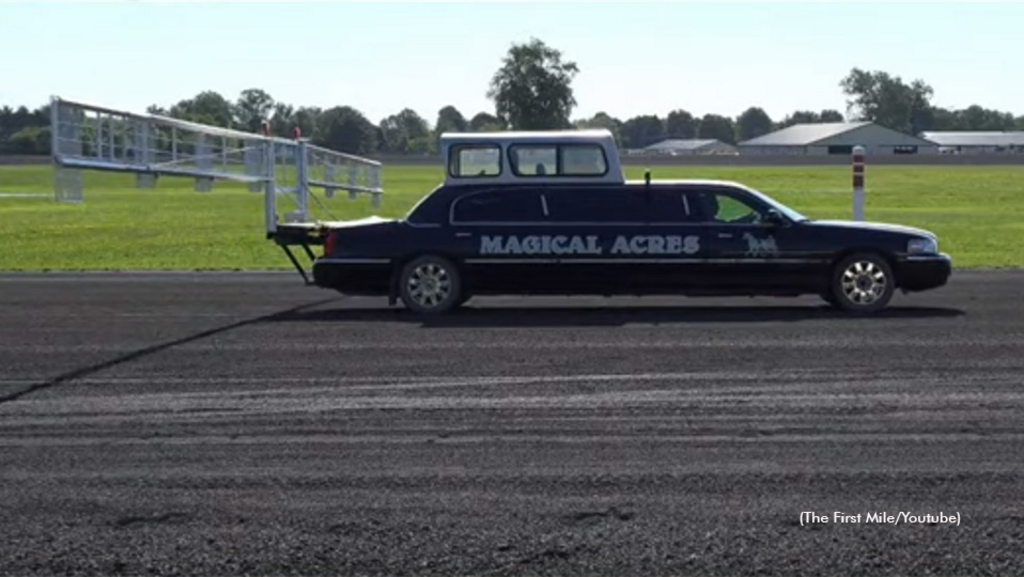 Grand Fashion is a full sister to recently crowned New Jersey Sire Stakes champion female trotter Fashion Schooner and half-sister to two-time Dan Patch Award-winner Broadway Donna, but she is her own girl.

Grand Fashion was among Wednesday’s nine winning two-year-olds during the first of this month’s weekly qualifiers at Magical Acres training center. Bred and owned by Fashion Farms, the daughter of Walner-Broadway Schooner won in 2:01.4 with Tim Tetrick in the sulky. 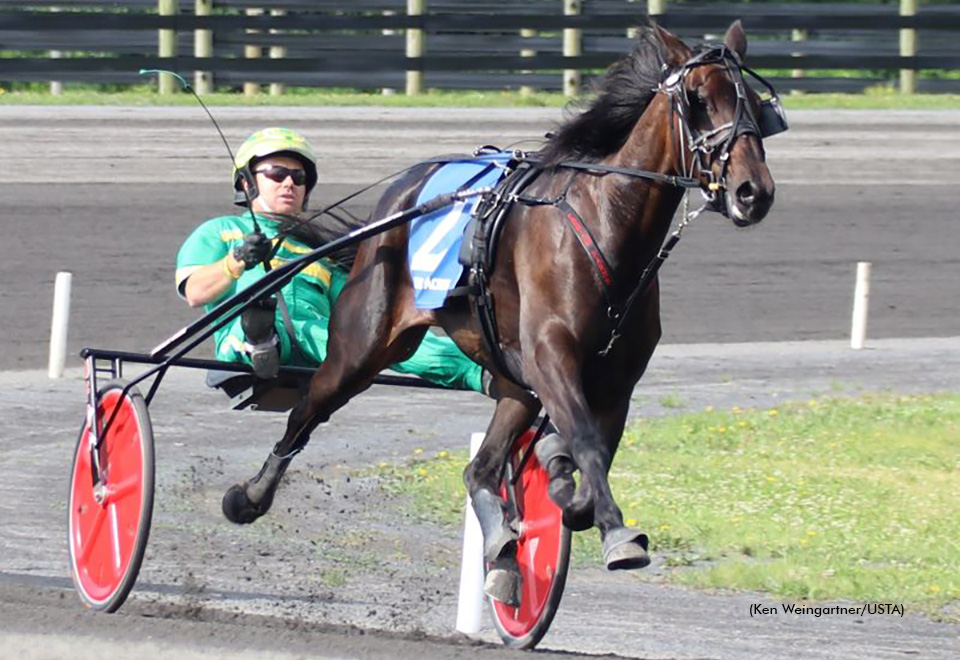 “I was very happy with the way she went,” said trainer Jim Campbell. “Her manners were good, she trotted home nice; Timmy liked her a lot. She did everything that we could have asked of her today. We’re going to take her up to The Meadowlands a week from Saturday.”

So, does Grand Fashion share any similarities with her siblings?

“None,” said Campbell, who trained Broadway Donna during her career and now has Fashion Schooner in his stable. “She is totally different than any of them. Not in any bad way, but she’s just her own. She’s been a tough one. She was tough all winter training, just trying to find the right things that suited her equipment wise and everything like that. But she’s always showed that she was very athletic and had speed to her.”

Fashion Farms was not the only owner to win with a homebred two-year-old at Magical Acres on Wednesday. Trainer Tom Cancelliere sent out two winners — male pacer Feel My Wrath and female pacer Absolute Power — for his brother, breeder/owner John Cancelliere. 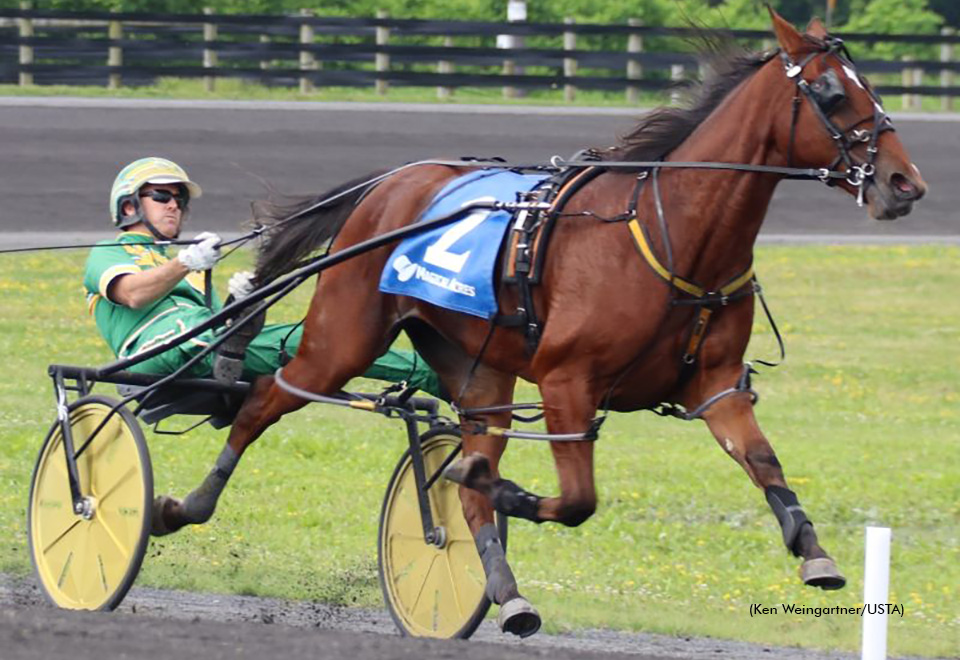 Also winning two qualifiers was trainer Jonas Czernyson, who scored with male trotters Smooth Landing, in 2:02, and Templeton, in 2:00.4. Both were driven by Daryl Thiessen.

Templeton (Muscle Mass-Dornello) was purchased under the name Dominic Hanover for $52,000 at the Standardbred Horse Sale and is owned by Czernyson, Aldebaran Park and Lars Berg. 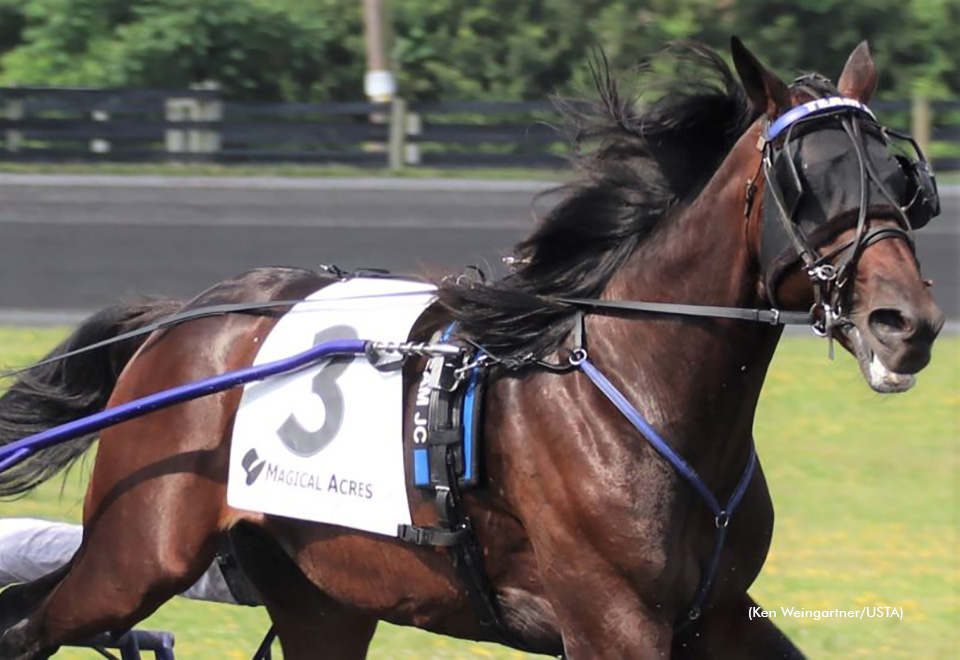 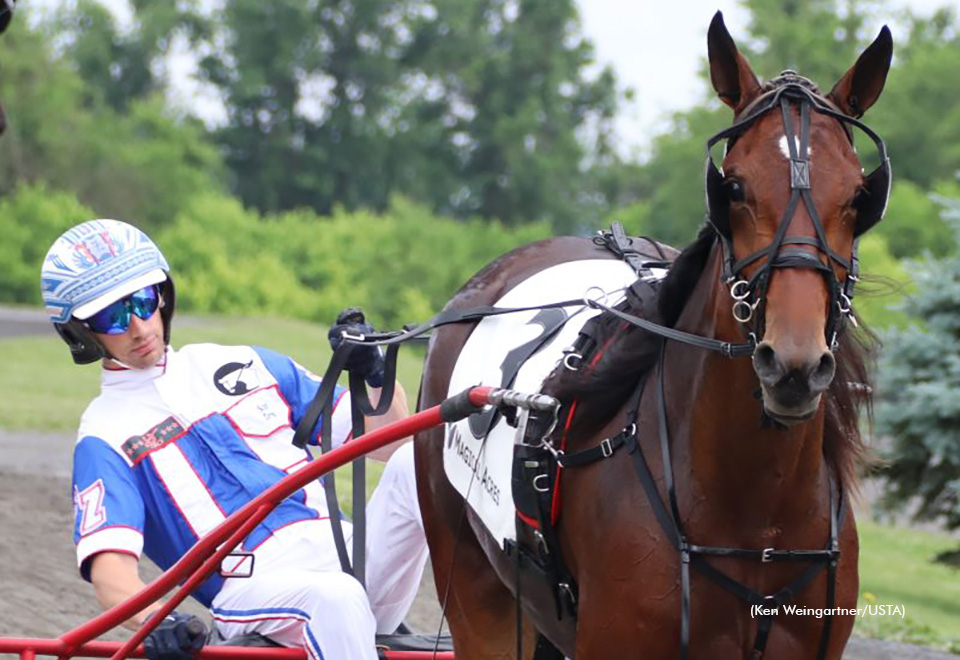 Rounding out the list of winning two-year-olds were male pacers Handlelikeaporsche and Maskless, and female pacer Rock My Socks.

Handlelikeaporsche (Lazarus N-The Signature) won in 2:00.3 for trainer Chris Ryder and driver Dexter Dunn. He was purchased for $100,000 at the Standardbred Horse Sale and is owned by Ryder, William Ezzo, Robert Mondillo and Barry Spak. His family includes O’Brien Award winner Vegas Vacation.

Maskless (Heston Blue Chip-Dance With Danger) won in 2:05 for trainer Nik Drennan and driver James O’Donnell. The homebred colt is owned by Let It Ride Stables and Bottom Line Racing.

Rock My Socks (Boston Red Rocks-Kattimon) won in 2:01.3 for trainer Jake Leamon and driver Dunn. She is owned by Rick Berks and was purchased for $30,000 at the Lexington Selected Sale. She is a half-sister to O’Brien Award winner Classic Pro and Grand Circuit winner Devil Child.

For complete charts from the qualifiers at Magical Acres, click here.

The First Mile, presented by onGait and produced by 412 Communications, provided coverage of the qualifiers live from Magical Acres with harness racing media veteran and series producer James Witherite serving as lead commentator. A replay of the live stream is available below.