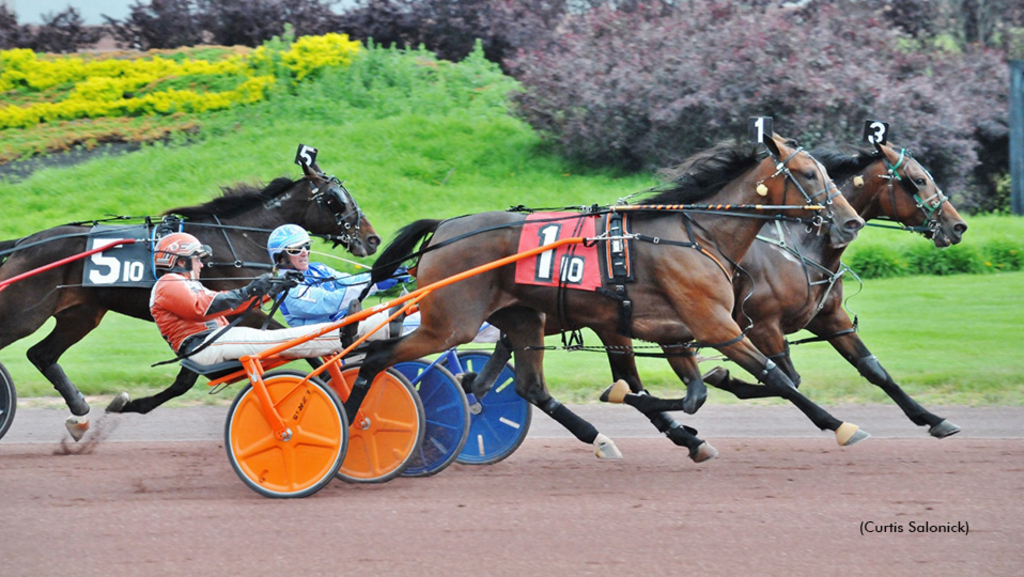 Driver Jim Pantaleano took both trotting features at The Downs at Mohegan Sun Pocono on Tuesday afternoon (June 7), going on the front end and holding off the favourite by a nose in both instances.

In the featured $15,000 event, the Sebastian K S gelding Kaseville was moved to the lead by Pantaleano after a :27.3 quarter, taking command in front of the stands and reaching the midway point in :57.1. They were joined by the sophomore filly Cash Machine Girl, who had a prolonged battle for supremacy with the pacesetter, from before the 1:25.1 three-quarters and all the way to the wire, where Kaseville won by the slimmest possible margin in a lifetime mark of 1:54. Tom Gummerson trains the developing four-year-old for owners Joseph Colancecco, Mary Gummerson and James Mc Cormick.

Pantaleano then came back in a $12,500 fast-class trotting co-feature to guide Grapple Hanover to a slim victory over Papi Hanover in 1:54.2, just a tick off his mark. The winning Andover Hall gelding circled 'Papi' past the :27.1 quarter and maintained command through fractions of :56.2 and 1:25.1, with the pocket-sitter battling hard late in the Pocono Pike. Past the wire Pantaleano and Ridge Warren (behind Papi Hanover) had an animated conversation about the finish, but the camera (the final arbiter) gave the nod to Grapple Hanover, who was successful for trainer Bucky Angle and the owners Howard and Joshua Kauffman.

Racing resumes at Pocono on Saturday with a 1:30 p.m. card, gathering the usual hard-hitting top overnight horses. On Sunday, there will be two $66,554 divisions of the second prelim of the Pennsylvania Sire Stakes for three-year-old trotting colts. Both first-round PASS winners, That Ole Bar Stool and Dandy, will be on hand, along with Ducasse and Kosher Mahoney, who joined That Ole Bar Stool as winners in the PA All-Stars races on May 22.