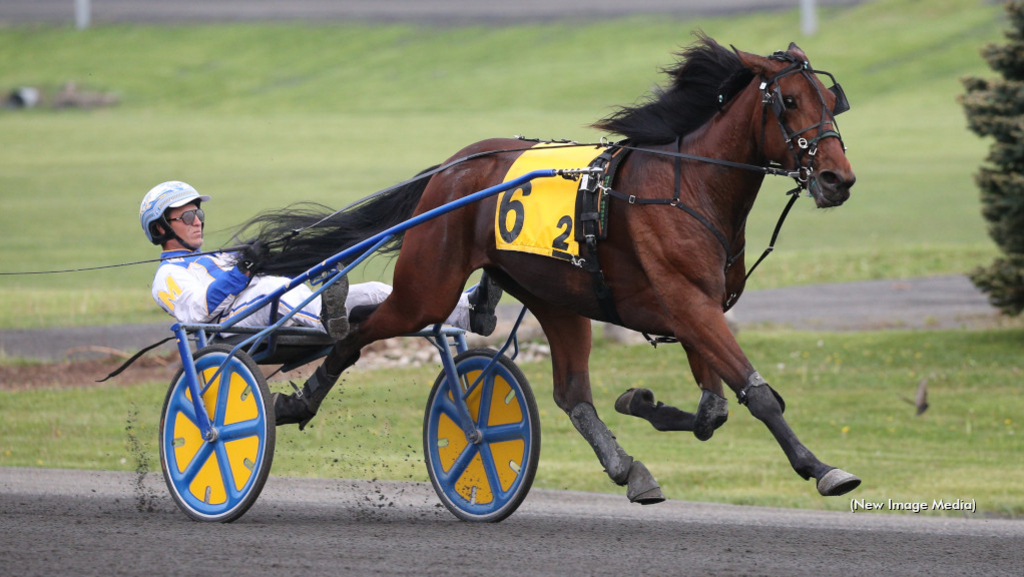 Reigning Ontario Sires Stakes divisional champion Adare Castle will be looking for more Gold this evening (Monday, June 6) when she arrives at Woodbine Mohawk Park to take on seven others in the season's first $157,200 Gold event for three-year-old trotting fillies.

The race will mark her 12th career start. She has nine wins, including four Gold events last season along with the Super Final, and two seconds for trainer Mark Etsell.

“These horses come along once in a lifetime,” said Etsell of the O'Brien Award runner-up. “We’re very appreciative of what we’ve got. Everyone who owns her is retired or at least over 60, and they are just having a ball and loving every second of it.”

In two starts this season, Adare Castle won her SBOA Stakes elimination and powered to a five-length romp in the final with James MacDonald piloting her to a mark of 1:53.2.

“She’s come back really well. She’s a little bigger, a little thicker and a little stronger,” said Etsell. “I didn’t know if that kind of speed would be there yet, but she was sharp and James said she was good, so he let her roll a bit.”

MacDonald will be in the race bike Monday night, leaving from post five, with another MacDonald in the paddock as part of the Adare Castle team, her groom Ashley MacDonald.

“Ashley does a really good job of keeping her calm and entertained,” said Etsell. “[Adare] Castle doesn’t like to stand still a lot. In between trips, you can see Ashley walking her around the paddock very diligently and keeping her focused. She’s a big part of her success.”

The seven other fillies in the field include Grace, who handed Adare Castle one of her two losses last year in a Gold division at Flamboro Downs, and Saundra, the runner-up in the SBOA final.

“Everyone in the field is a high calibre of horse,” said Etsell. “It’s a horse race and anything can happen, so you never get ahead of yourself. You take it one race at a time and hope your filly shows up, and that’s all you can do”

Saundra is a half-sister to gelding R First Class, who won the OSS Super Final as a three-year-old in 2017. The daughter of Resolve out of the Balanced Image mare World Class Image is making her OSS debut from post seven with Sylvain Filion driving for trainer Benoit Baillargeon.

Also among the contenders is Mischievous Rose, a Muscle Mass filly who earned over $125,000 in the OSS last year for owner Determination. Bob McClure gets the drive for trainer Luc Blais, leaving from post two.

The complete field is listed below in post position order.