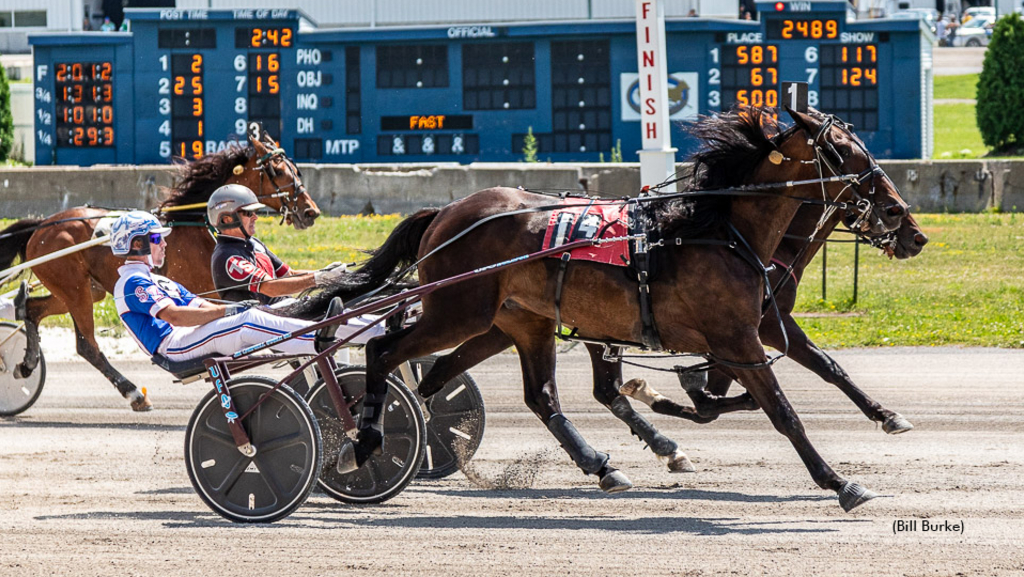 Wild Bill Kelso ($6.90) was the fastest of the two $53,500 divisions of the New York Sire Stakes for the two-year-old colt and gelding trotters at Buffalo Raceway on Wednesday afternoon (June 29) while Kennebago ($9.30) was just a step slower in his winning performance.

Wild Bill Kelso rallied late to nip Sevecheetah by a nose in 2:01 2 while Kennebago won the battle of attrition in scoring a 1-1/2 length victory over Daley Rep in 2:01.3 over the fast track.

While the participants in the Sire Stakes didn't break any track records, Met Your Request ($4.50) did so by snapping a long-standing mark. In the $15,000 Excelsior A Series, Met Your Request (Andy Miller) covered the mile in 2:01.0, eclipsing the old standard for two-year-old gelded trotters of 2:01.2 set way back in 2013 by The Lindy Treaty. He beat Southwind Bud (Drew Monti) by 2-3/4 lengths. 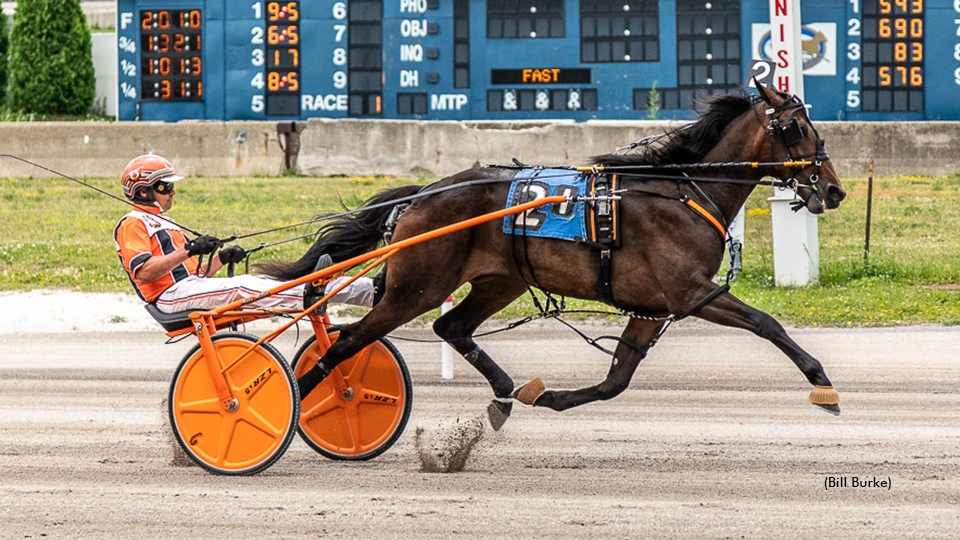 Met Your Request (Mets Hall-Quest Blue Chip) is trained by Julie Miller and co-owned by the Andy Miller Stable and Caroll D. Huffman.

Wild Bill Kelso needed every inch of the track to hunt down Sevecheetah in the second leg of the NYSS.

With Sevecheetah (Trond Smedshammer) firing out and putting up splits of :29.3, 1:01 and 1:31.3, the pocket-sitting Wild Bill Kelso (Scott Zeron) tipped to the outside to take up the chase. In the stretch, Wild Bill Kelso went wide off the final turn and was drifting out in the stretch but was able to snatch the victory away from Sevecheetah in the photo finish. Hit Like Crazy (Dan Daley) was third.

In the other bracket, Kennebago had the rail and avoided four breakers early to score the gate-to-wire victory.

Racing returns on Friday afternoon at 1:30 p.m. with an 11-race program scheduled.