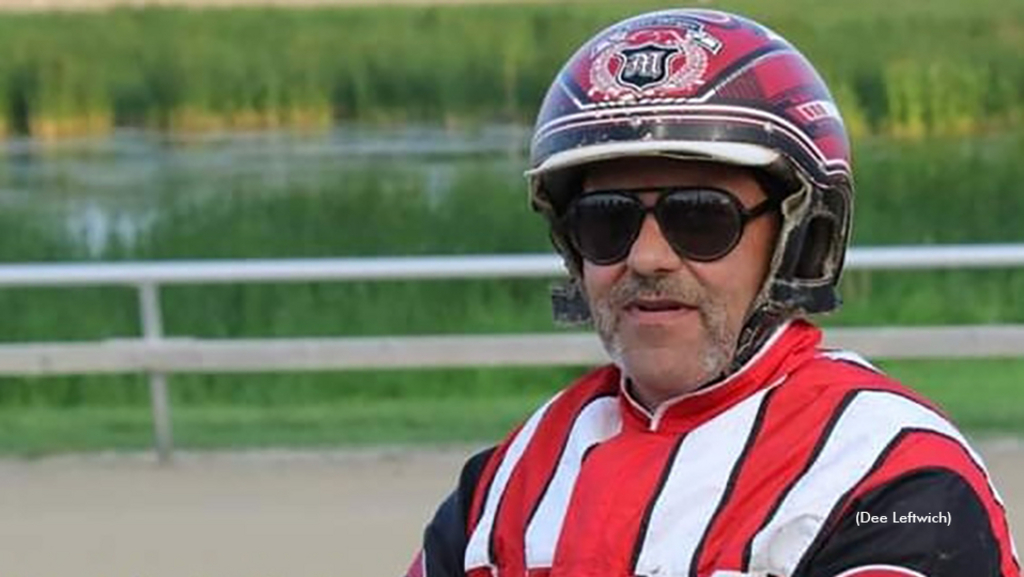 The milestone victory was extra special for Magee and his family as the momentous win came aboard Just B Talking, a horse that is owned by his son Taylor Magee along with Taylor’s girlfriend Hannah Larson. Dean Magee also trains the seven-year-old son of Sneaky B Skipalong and they have been enjoying great success with the pacer this season.

Magee hails from Pulaski, Wisconsin, which is just outside of Green Bay, and he grew up in a big harness racing family. He has been driving since 1981 and was a regular on the Chicago circuit during the 1980s, 90s and 2000s. His most prolific year was 1990, when he posted 321 wins and 823 top-three finishes from 1,596 starts. His biggest year in purses was 2001 with his mounts earning more than $1.8 million. He has driven the winners of more than $31.7 million to date.

Magee has been among the top drivers every year at Running Aces since 2010 and he has captured the local driving title three times. He currently sits third in the dash-winning standings at Running Aces with 30 wins and is just two wins out of first place and also currently sports the highest winning percentage among the top drivers at 20.55 per cent.

When asked what his favourite horse or favourite win was over his long career in a recent interview, Magee replied, “There have been so many good horses and big wins over the years, but if I have to pick one, I would have to say Yankee Cruiser."

Magee piloted him to a dramatic, come-from-behind win in the 2003 North America Cup, which is one of the biggest events in harness racing for sophomore pacers.

Magee also recently shared that he cherishes his friends and family and enjoys spending time with them more than anything else. 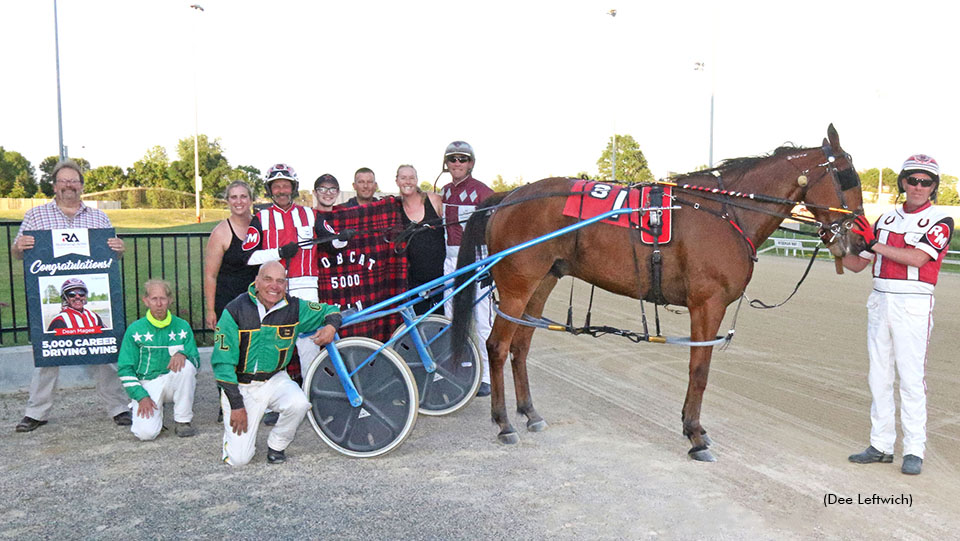 The big win came in race three on the Tuesday card, a claiming handicap event with a purse of $7,500.

Magee had the inside post with his horse and was sent off as the 6-5 favourite and left alertly along with Deweydiddonegood (Rick Magee) and Frisky Pedro (Brady Jenson) to get away in third.

Magee sat patiently through the quick early fractions of :27.4 and :56.2 before activating Just B Talking into a first-over attack down the backstretch. Just B Talking then dropped in second around the far turn and, as they straightened for home, Magee steered him to the center of the track, where he wasted no time in going after the leader for a deep stretch battle.

Just B Talking was fastest to the wire for a 1-3/4-length score in a career-best 1:54 mile. Artspire (Nick Roland) came charging from the back of the pack to pick up second over Deweydiddonegood.

Also on Tuesday, $16,500 Open Handicap Pace went to A Major Omen ($17.60) for his eighth win in 21 starts this year. Owner/trainer Gerald Longo was in the bike and got away fourth from post two before moving first-over down the backside and challenging for the front. In the lane, there were five horses in contention and A Major Omen was able to surge in the final strides for a half-length tally over Saddle Up (Luke Plano) and SB Bodacious (Rick Magee) in the 1:53.1 mile.

The $13,000 Open II Oace went to Zanetti (Nick Roland), who prevailed by a head in a four-horse win photo in 1:54.2 for his 15th career win. Bombay Hanover (Plano) was home second just ahead of Numbered Account (Dean Magee). Zanetti ($12) is owned and trained by Mikaela Delgiudice.