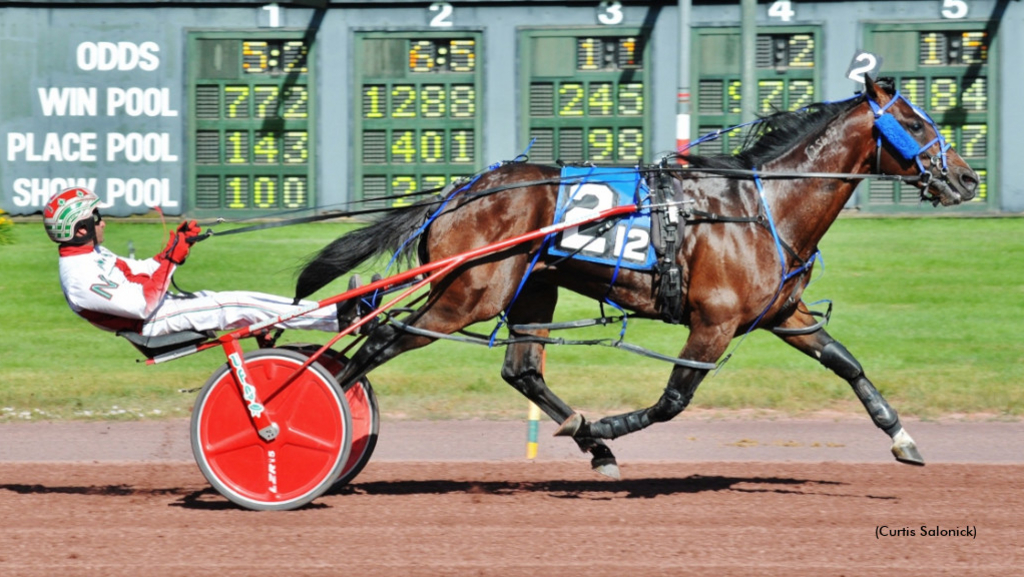 Frazzleberry never looked back in winning the $13,000 featured pace on Tuesday afternoon at The Downs at Mohegan Sun Pocono, in the process providing trainer Jose Godinez with his 1,000th career victory.

The feature was a mirror image of the race before it, as driver Anthony Napolitano sent a Godinez trainee to the lead and was never caught. Frazzleberry, a son of Art Major, took command right away, put up a :27.4 quarter, rested to a :57.1 half, and then came home in :55.2 - :27.3 to lower his mark by over two seconds to 1:52.3. Joseph Betro, Ian Behar, and Kristie Leigh Farm Inc own the winner.

Godinez, 39, a native of Mexico now living in Bullville NY, has been training for fifteen years, and has had most of his success at New York State tracks, though he is a frequent participant in the Pocono program.

A $12,500 event for trotters went to Great Magic for Team Whelan – driver Michael and trainer/owner Walter – in 1:55.2. The veteran son of Kadabra sat a pocket journey, then dashed up the Pocono Pike for a 1-1/2 length victory over pacesetter Teddy Brosevelt. Great Magic has now won both of his starts since returning to the track where he took his mark of 1:54.4 last year.

Racing resumes at Pocono on Saturday with a 1:30 program, with a $27,500 fast-class pace the highlight of a card with many talented horses.