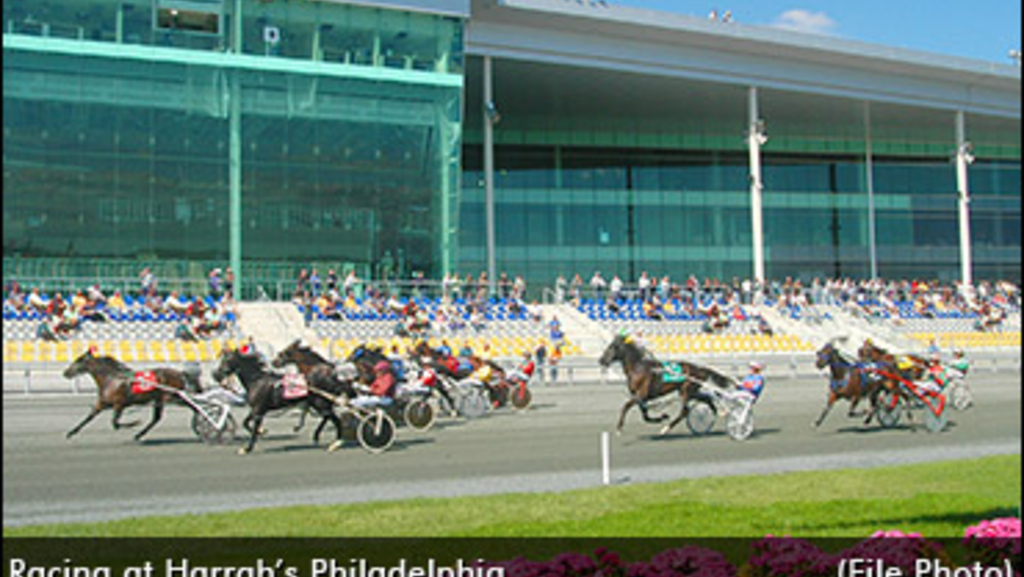 Most of the better two-year-olds at this time are beginning their pari-mutuel careers, but a Tuesday morning (June 25) qualifying session at Harrah’s Philadelphia for juveniles still unveiled a few winners, mostly first-timers that are worth looking for in the near future.

There were two divisions of males and two of females on the trotting side, and the fastest winner, the Sebastian K S – Carla filly Knockdown Dragout, set the North American season’s record for her group while winning in 1:57.1 for driver David Miller, trainer Andrew Harris, and The Stable Knockdown Group. The young miss showed tremendous front-end speed, both in her previous 1:58.3 qualifying win at Woodbine Mohawk Park and on Tuesday, and will be tough to catch as the stakes season opens.

The fastest winner in four races comprised of two-year-old male pacers was the Somebeachsomewhere – Rockaroundthetrack gelding Ruthless Hanover, who won in his second qualifier in 1:55.1. David Miller guided Ruthless Hanover to a wire-to-wire victory. The duo came home in :28 for the brother team of trainer Tom Cancelliere and owner John Cancelliere.

Somebeachsomewhere also sired the fastest of the two-year-old pacing fillies that were competing Tuesday morning (Beyond Ecstasy). Beyond Ecstasy came first-over to win in 1:55.4, with her own back half :55.4 and her own last panel :27.4. Beyond Ecstasy is out of Fashion Ecstasy, making her a full sister to the $1.5M winner Filibuster Hanover. She showed a big late kick in her second outing for driver Tim Tetrick, trainer Jim Campbell, and owners Jeffrey and Michael Snyder and the Four Friends Racing Stable LLC.

(With files from PHHA / Harrah’s Philadelphia)