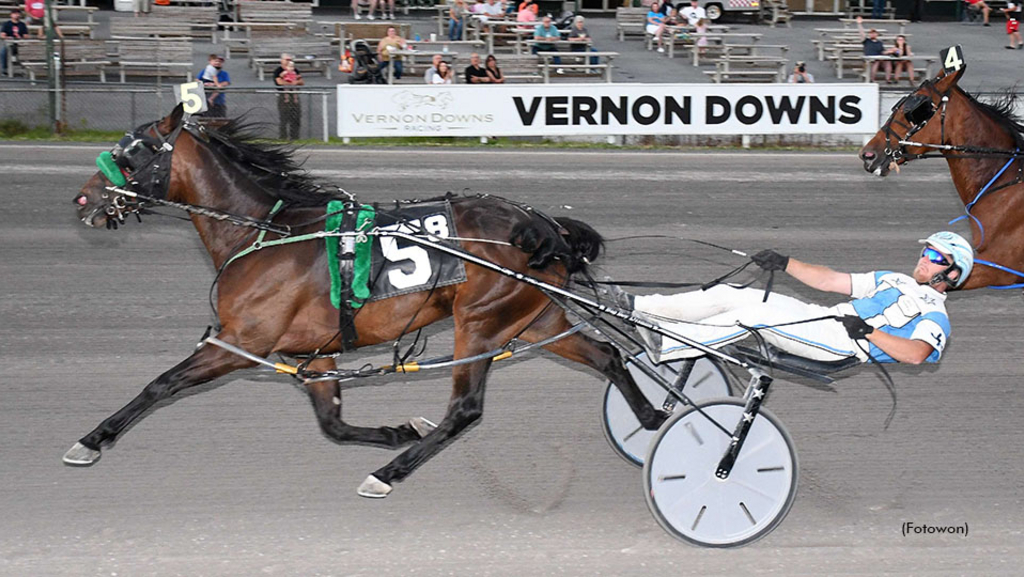 Kerin Warner had a training grand slam at Vernon Downs on Friday (June 24), including a win in the $6,600 featured Fillies & Mares Open II Pace with So Diva.

Driver Justin Huckabone sent So Diva ($2.20) straight to the front in the Open and they led to the first quarter in :27.2 and the half in :56.3.  Headed for three-quarters in 1:25.1, Milleniums Girl (Josh Kinney) popped the pocket and went after the lead. However, So Diva had plenty in the tank and won easily in 1:53.1.  Milleniums Girl held for second with Dream On A Roll (Frank Affrunti) finishing third-best.

So Diva is a four-year-old mare by So Surreal owned by Morrisville College Foundation Inc.  The win was her second this season from a dozen starts.  She now has 14 career victories.