Schneider A Trainer On The Rise 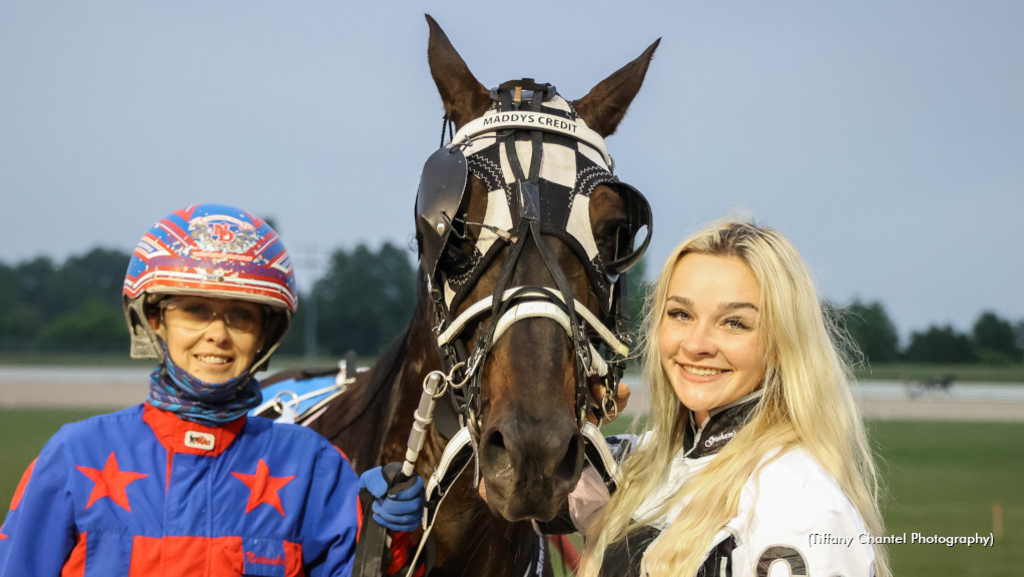 If you’ve been a fan at Hanover Raceway for any length of time, you would surely recognize the Schneider family name as a regular Raceway participant.   It's a name that has been synonymous with racing at Hanover for more than 40 years.   In just the last couple of years another branch of the family tree has emerged, that being in the form of trainer Cassidy Schneider.

The 20-year-old Arthur native (pictured above at right with Natasha Day and Maddys Credit) has begun forging a name for herself training horses. To date, Schneider has totalled over half a million dollars in purse earnings, with 601 career training starts.  Schneider has a great season in 2022 going, chalking up 42 wins and a UTRS of .282 in 270 starts this season, with $337,864 in purse earnings from her charges.

Cassidy certainly wasn’t a newbie to the racetrack circuit when she began her training career, as both her father and grandfather also trained horses. She grew up helping her family on the backstretches of racetracks across Ontario and on the family farm.  Her father Colonel Schneider has chalked up 3,695 lifetime starts and purse earnings in excess of $1.7 million. Horse racing, you can safely say, is in the Schneider blood. 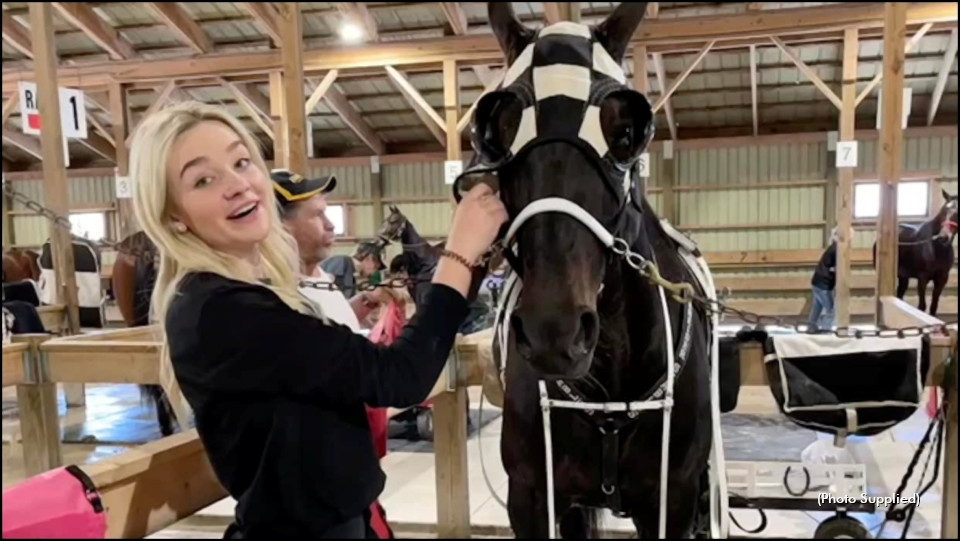 With a total of 27 horses in her stable, Schneider keeps pretty busy.  Some names under her training care that fans might recognize at Hanover Raceway include Brydown Lilibet, who picked up a win on opening day with driver Jonathan Drury, and Easy Flyer, who frequented Hanover Raceway last season and picked up a third on June 4 in 2:00.3. Other honourable mentions that race at Hanover Raceway are Derby Dylan, Smilinbillythekid and Royal Ship. Schneider also races regularly at Grand River Raceway, Clinton Raceway and Woodbine Mohawk Park.

A noteworthy mare under Schneider’s care is Zealous Seelster.  The nine-year-old veteran daughter of Big Jim has had a short, yet notable start to her 2022 season, grabbing three wins and two thirds in just six seasonal starts.  Schneider also trains Beef N Cheddar, a four-year-old Betterthancheddar gelding, who in 14 starts this year has earned four wins, three seconds and three thirds and a total of $27,386, with a mark of 1:55 at Woodbine Mohawk Park.

Another notable performer is Hollys Treasure, who has spent his entire career with Schneider while earning $65,528 in 48 starts, registering eight wins, nine seconds and four thirds.  Horse and trainer also have a strong bond between them.

It’s hard to deny that in a short time Cassidy Schneider has stamped herself as a rising star in the harness racing industry and is someone to keep an eye on as she’s just getting started.

(with files from Hanover Raceway)