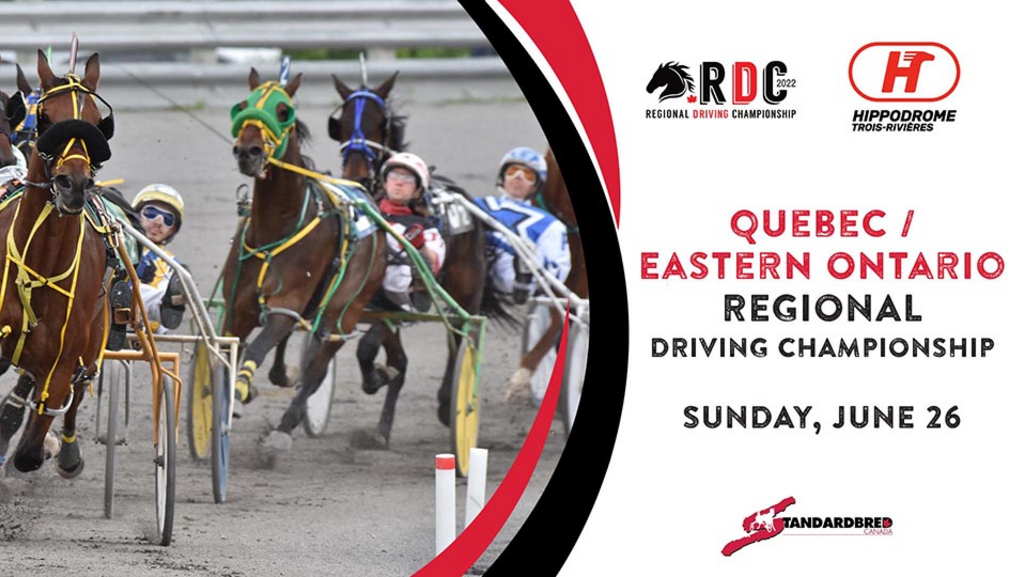 The field for the 2022 Quebec / Eastern Ontario Regional Driving Championship (QEORDC), scheduled for this Sunday, June 26 at Hippodrome 3R in Trois-Rivières, Que., has been confirmed.

Invitations were extended to drivers based on several criteria, including their 2021 statistics and 2022 driving statistics up until May 1 on their circuit.

Hippodrome 3R will host the QEORDC for the fourth time.

“Our fans love these types of events, and we hosted this RDC a couple of times in recent years. So, we are hoping to make a great success with this one,” said François Carignan, the director of operations at Hippodrome 3R. “The competition will be tight, the talents of these drivers are evident, and for the first time, we will have a woman who will participate, and she is a very talented driver too, Marie-Claude Auger.”

In 2018, Guy Gagnon of Gatineau, Que. advanced to the National Driving Championship (NDC) at Grand River Raceway. The competition came down to the last race with the six races won by six different drivers. Gagnon and Stephane Brosseau finished 1-2 in the final Regional race and both advanced to the NDC.

Drivers will receive points based on their finishing position and the top two drivers from the eight-race competition will join six other drivers at the 2022 National Driving Championship scheduled for Thursday, Nov. 24 at Century Mile Racetrack & Casino in Edmonton, Alta.

The draw for the 2022 Quebec / Eastern Ontario Regional Driving Championship has been completed. There will be eight QEORDC races each with a seven-horse field and each driver will sit out one race. The QEORDC races will take place in Races 1 to 8. To view Sunday's entries, click on one of the following links: Hippodrome 3R - Sunday Entries || Program Pages (courtesy TrackIT).

The winner of the 2022 NDC will have the opportunity to represent Canada in the 2023 World Driving Championship (WDC) in Italy.

Here are the locations and dates for the four regional events (in chronological order):