Curry Having A Ball As An Owner 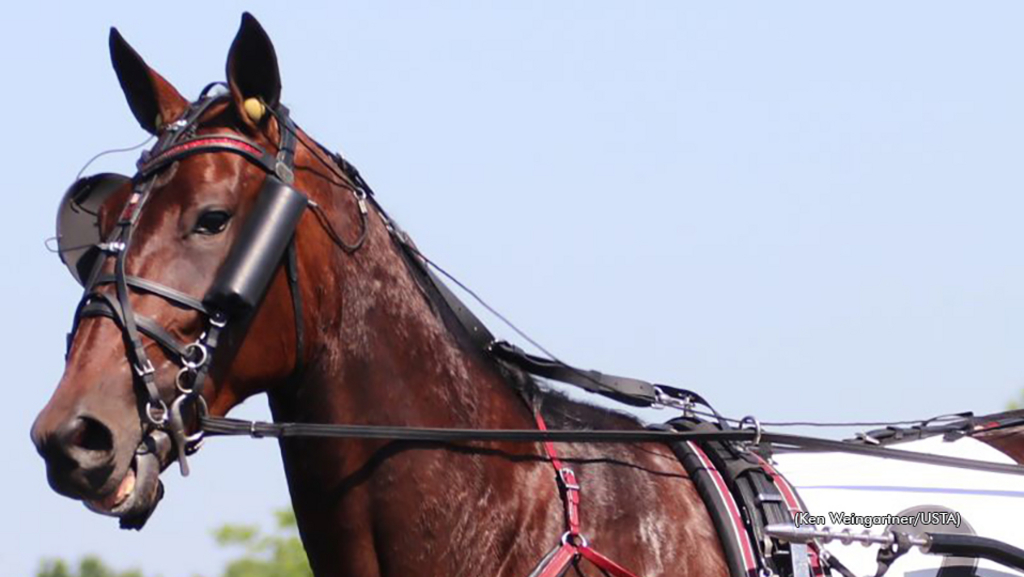 As a teenager, Lynn Curry fell in love with harness racing. His father, Luther, who worked for the Greyhound bus company, would take him to The Meadows in western Pennsylvania, not far from the family’s home in Canonsburg, and they would look through a program together and pick the races.

While in high school, Curry got a job as a groom at The Meadows. He imagined of a career with the horses, but soon was off to college at Penn State and thereafter found success with his own investment company.

But he always remained a fan of racing and planned to one day become an owner. On Nov. 3, 2020, “one day” became the day. Curry purchased yearling female trotter Mimi Ocean Hanover at the Standardbred Horse Sale, and the following afternoon added a second filly trotter, Champagne Hanover. In 2021, he upped his stable’s total to four when he purchased two more trotting fillies at the Lexington Selected Sale.

“Starting with my father, I’ve always loved harness racing,” said Curry. “Life stepped in, but my goal always was to be an owner. I started planning five years ago and here I am today. Looking back, maybe I would have started a few years earlier, but I’m glad I’m here now.”

Curry’s horses are trained by Annie Stoebe, who previously worked for Brett Bittle. It was Bittle who suggested Stoebe to Curry after he expressed interest in becoming an owner.

“Brett introduced me to Annie,” said Curry. “She invited me to the barn and she knew my background because the first day she asked me to jog a horse with her. It all came back to me. I’m forever grateful that’s the way it occurred.

“And,” he added with a laugh, “I’m a heck of a good groom. I can shovel horse poop with the best of them. So, I do have a specialty.”

Of his current two-year-olds, Instagram Model won a qualifier last week at Magical Acres. Curry, who resides in West Chester, Pennsylvania, about 90 minutes from Stoebe’s base at Winner’s International in central New Jersey, was up at 4 a.m. and out the door to help get the filly ready for her short trip to Magical Acres.

“I just love watching my horses compete, it doesn’t matter what level,” said Curry. “It’s a little busy, but I’ll take that just for the chance of mornings like [last week]. It was a great day.”

Curry plans to keep his stable at a small number of horses, which will be made up entirely of trotting fillies.

“I want to specialize and I love the trotters the best,” said Curry. “By specializing, I think it will enable me to compete a little better and potentially gives me a better shot statistically to come up with a stakes-level horse. And from a business point of view, there is ongoing value [with a filly].”

Curry has been around racing long enough to know ownership has its ups and downs, but he is simply happy to be participating in the sport again.

“You can’t be disappointed by the valleys and you have to treasure the peaks because they’re not guaranteed,” he said. “I’m lucky. I have decent horses and a tremendous trainer. Any success I have is due to Annie’s efforts. I’m having a ball.”