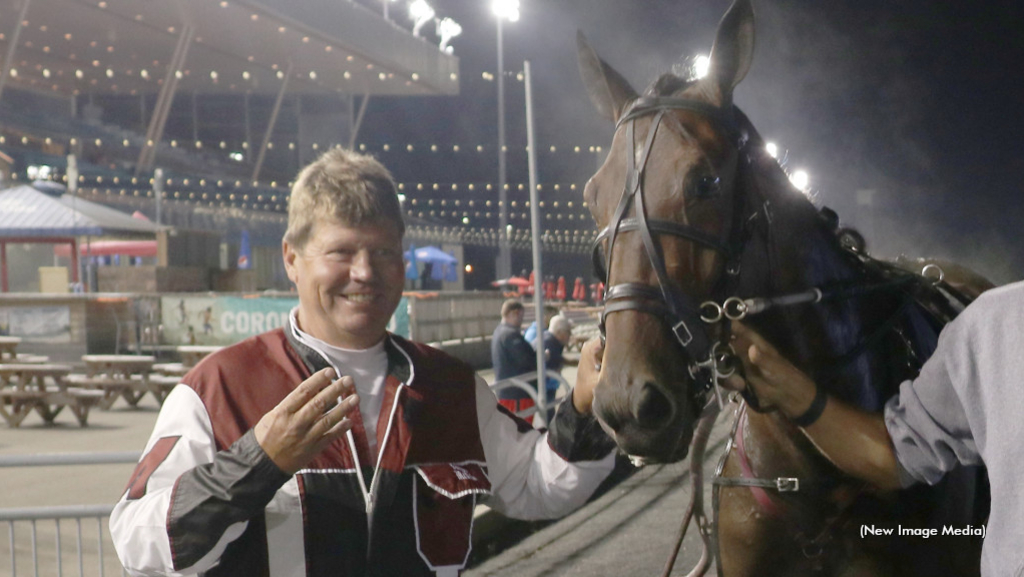 Trainer Gregg McNair sent out nine freshman colts during the mammoth 16-dash session of qualifiers on Friday (June 17) at Woodbine Mohawk Park, and as one would expect his troops came ready for battle.

Of the nine McNair-trained rookies that went postward, four hit the wire first while eight finished in the top three by virtue of a 4-3-1 summary.

The fastest mile of the morning went to Huntinthelastdolar. That son of Huntsville - Eighthunrdolarbill closed well in his test for driver Doug McNair, pouncing on a legweary pacesetter Bettor Bea Terror (James MacDonald) and holding off the late rally of Moment Is Here (Trevor Henry) to win his debut by a nose in 1:58.1. A $60,000 Lexington Selected purchase, Huntinthelastdolar is co-owned by Gregg McNair with Steve Heimbecker of Waterloo in on the ownership as well. The colt is the fourth foal of a full-sister to millionaire Medusa and O'Brien Award winner Alicorn.

On the trotting side, someone must have told Crantini it was last call as the striking chestnut colt was in a league of his own in his second qualifier of the season. Anthony MacDonald was at the controls behind the half-brother to O'Brien Award winner Macho Martini, a wire-to-wire winner in 1:59.3. Of note, four of his rivals made breaks but the ones that stayed flat were a whopping 22 lengths or more in arrears.

The full video stream from Friday's session is available below. Qualifiers resume on Tuesday (June 21) with baby races shifting to a Friday-Saturday schedule for upcoming weeks.